A huge sense of relief at food bank

The St. Albert Food Bank ushered in 2020 with some good news: a full warehouse despite ever-increasing demands and a busier holiday season than ever.
Jan 12, 2020 2:00 PM By: Scott Hayes 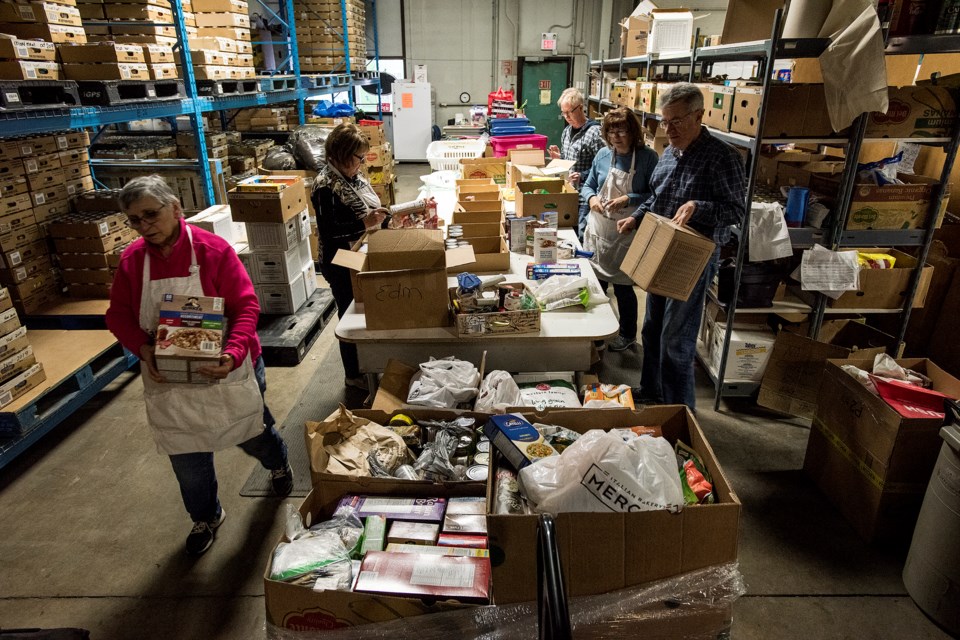 The Christmas season always kicks things into high gear at the St. Albert Food Bank: increased demand met with a corresponding increased supply of donations from seasonal food drives and other support campaigns.

Director Suzan Krecsy said that support not only helped tide over the annual surge of requests in December; it put the agency in a solid position to start the new year in the black.

“Our warehouse is full. It's a great problem to have. I love it,” she exclaimed. “We're still continuing to put out 50,000 pounds a month but this has gotten us ahead.”

She recounted how the food bank was still struggling to catch up to demand even after last autumn’s massive food drive. That one-day event usually brings home a bounty of staples to store on its shelves, helping to make filling hampers easier in anticipation of the growing client list as the months lead up to the end of the year.

The food bank couldn’t catch up then but because of all of the support over the holidays, it can now.

“This put us ahead.”

It has been several years since the troubled economy caused the bubble to break, leading to an ever-increasing demand for support from the public. Krecsy said there is still no end in sight for this trend and doesn't foresee a return to the relative modesty of those earlier days. Still, she is grateful for St. Albert to help ramp up donations to meet the skyrocketing demand.

All tallied, demand at the food bank was up almost seven per cent in 2019 from the previous year, with new clients registering and more and more previous clients returning for support. It served up 412 hampers over December, including 195 special Christmas hampers.

Krecsy didn't have a total weight for food donations during the same period but did say it was “significant.” She thanked everyone in the community from businesses to individuals to school groups who held events using the food bank as the beneficiary of their proceeds.

The city’s recreation facilities also threw in their support with a recent delivery of clothing items the public donated for the annual Giving Tree initiative. In total, 636 winter wear items (including socks, scarves, hats and mittens) were collected, although that was down from the nearly 900 items collected during the 2018 campaign. The campaign ended Jan. 8.

The items were taken to the food bank for distribution to clients in need throughout the community via the St. Albert Community Village.