A secret war rages on

For the past three years a war has been raging behind the scenes in St. Albert, and around the world, for the hearts and minds of the general public.
Nov 20, 2015 11:00 PM By: St. Albert Gazette 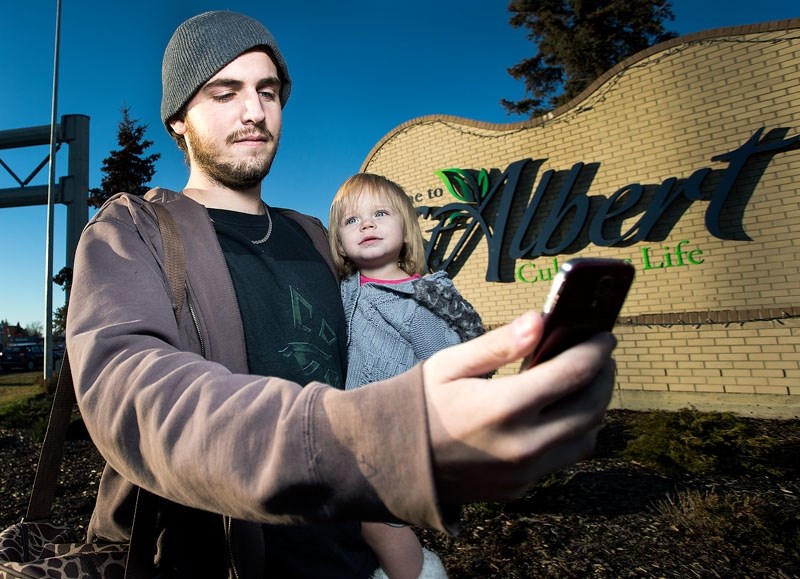 For the past three years a war has been raging behind the scenes in St. Albert, and around the world, for the hearts and minds of the general public.

Secret agents from two factions seeking to impose their own ideology on the unsuspecting masses are, as you read this, vying for control of strategic points around this city with the end goal of blanketing areas in mind-control fields.

If this sounds like something out of a sci-fi movie or video game, it is.

Ingress, a massive multiplayer role-playing game created by Google’s Niantic Projects, is celebrating its third anniversary. But while many massive online games have real-world interactions taking place in an imagined world, Ingress turns that on its head. In Ingress, the action takes place down the street, across town, and around the world.

The storyline behind the game is fairly straightforward. Inter-dimensional portals opened all across the world and began leaking exotic matter through landmarks like the clock tower at Perron Street and Sir Winston Churchill Avenue, the Children’s Bridge, and even city hall itself.

The gameplay itself is fairly simple. You download the app to a GPS-enabled device, then go find portals to hack, attack and defend. The ultimate goal is to link portals together into triangles, creating mind-control fields. More and bigger fields mean more points for your faction at the regional level, or if they’re big enough, at the global level.

Helping to grow the mind-control fields inspires many players to travel to places they might never have been before. Joseph Domshy, a member of the Enlightened faction, said he sometimes will drive an hour or more out of town to capture portals in small towns around Edmonton, with the goal of creating a field to blanket the whole city.

“There are well over a million Ingress player worldwide, and particularly large strategic operations can affect the global score,” he said. “That’s why I do it; I like to see my work affect things on a worldwide basis.”

He said playing the game for the last two years has helped him discover parts of the province he’s never seen before, even in the city he grew up in.

For example, the game features small missions that take players on tours of particular locations. In Griesbach, there are several plaques, dedications and markers commemorating the neighbourhood’s military origins.

“One of the missions requires you to go through each of these plaques and read them, and just doing that I learned so much about military history in Edmonton,” Domshy said.

Similarly, the historical plaques and locations all over downtown St. Albert and Morinville are portals, as are historical locations the world over.

For many players, the appeal of the game is as much getting out of the house to play as any of the specific in-game activities. And there’s a definite element of social interaction and teamwork, as players must work together to make the most powerful portals.

“At first it was just about the game side of things – doing as well as you can in the game – but it’s more about the community now,” he said. “It’s a great community, and I’ve met over 200 new people I would have never spent time with had I not played.”

He has noticed a measurable health benefit of playing, as well. The app tracks how far you walk while playing the game, and he said he’s putting on around 30 kilometres each week.

It’s a distance he said he wouldn’t likely be covering without the game to keep him motivated.

“When I first started playing I was a few pounds overweight, and within the first six months I shed 30 pounds just because the motivation to walk around and capture portals kept me going,” McComb said.

The story is similar for most players involved. Aleah McCorry, a member of the Resistance faction, said she started playing with her boyfriend when the game launched in 2012 after he saw an advertisement for it.

“It was very interesting at the time,” she said. “They said you’re going to be a secret agent out in the world, and it was really interesting sounding.”

She wasn’t immediately hooked, but discovered it was a great way to get out and meet new people around the University of Alberta campus where she worked. A common interest in the game and a desire to help each other out was all it took for her and fellow Resistance members to form some friendships.

“It’s a good social outlet if you’re not outgoing naturally,” McCorry said. “And I didn’t really feel nervous meeting people like I do in other situations.”

And it wasn’t just around Edmonton, either. When she travelled to Australia last year and played there, she almost instantly met Australians who were also playing Ingress.

“As soon as we popped up in the game we had local people welcoming us there through the game. It was a really cool experience.”

The Resistance also has an agent who spends a great deal of time around the Alberta Legislature grounds. Thomas Dang, the recently elected MLA for Edmonton-South West, also started playing Ingress around the time the game launched. He said the social aspect is one of the big draws.

“You just get to see so many cool things and meet so many cool people,” he said. “There’s still people I hang out with every week … because I met them through Ingress.”

Of course he doesn’t have much time for games now, but having travelled to smaller towns around Alberta, he’s familiar with some corners of the province he might never have seen without Ingress. It’s something he said helps with his current role as an elected representative.

“Otherwise, I wouldn’t have had a reason before to go to Warburg, or go to Devon, or whatever it is,” Dang said.

While new players are given the choice of which faction they would like to join, McComb offers a suggestion for those in St. Albert who might be interested in trying it out.

“St. Albert is always blue,” he said. “There are a lot of blue players there, so the green team needs the help!”