Acura RDX Elite is value for your buck 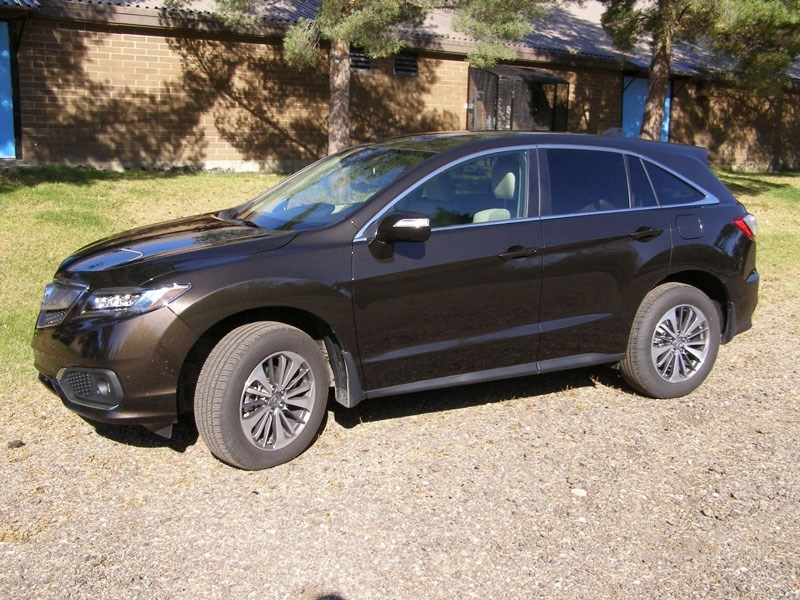 The Acura RDX Elite has been refreshed for the 2016 model year and offers even better value since its launch in the Canadian market in 2007.

If you’re considering purchasing or leasing a $40,000 plus SUV take a good look at the Acura RDX Elite. It’s been refreshed for the 2016 model year and offers even better value since its launch in the Canadian market in 2007. My first few minutes in the RDX made a noticeable impression in how nimble it felt on its tires and the pull of the smooth, quiet and powerful 3.5 litre V6 under the hood.

The V6 has received a slight boost to 279 horsepower and 252 lb-ft of torque. Certainly not as much power as found in the similar engines of competitor SUVs but more than adequate in my opinion to make the RDX hustle and achieve 12.4 L/100km around town and 8.6L /100km on the highway. Doing more in-town than highway driving, I was able to reach 9.0L /100km. As I said before, the engine is a big part of what makes the RDX so enjoyable to drive. Performance is aided in part by the fact the RDX is lighter than two German competitors; the BMW X3 and Audi Q3. You can push the RDX through curves with confidence. The all-wheel drive helps keep it planted to the pavement.

On the outside exterior, styling has been nicely done although it looks similar to its MDX sibling. A tailgate spoiler, aluminum alloy wheels and standard Jewel Eye LED headlights are a nice touch and add some class to this people hauler.

On the inside, the world and its often-noisy environment are kept at bay with good sound insulation. There’s little wind noise at any speed and anything you operate on the instrument panel is done with a light touch of the finger. The HVAC fan is also very quiet even at a higher setting so it’s easy to forget how high you’ve turned it up without having to check the setting display. You certainly get your money’s worth in technology too, from a navigation system with voice guidance and recognition to a long list of safety features at your fingertips such as Frontal Collision Avoidance and Adaptive Cruise Control. I like the large, leather-covered seats. They’re very supportive in the front or back. The abundant rear seat, which is good for three adults, also has a slight hump in the floor, which makes sitting in the middle position easier.

Fold down the rear seat and you get a long and nearly-flat cargo floor. There are pull-tabs at the back of the RDX that make folding down the back seat easy. A well thought out feature that every manufacturer should have in their SUV or CUVs. Windows are large with good visibility in all directions. This is a plus in two ways; easy shoulder checking and lots of glass to check out the scenery on a road trip.

While the base price of $46,590 might seem a tad steep, consider this Elite model is loaded with features that help justify the dollars.

I’m including high-tech features which at times I find a bit much as I’m not one to rely on technology that much when behind the wheel. When I drive, I’m focused on the driving experience. Anyway, some of what you get for those dollars includes auto-dimming side mirrors, front and rear park sensors, ventilated front seats and those nice alloy wheels. That’s the short list but suffice to say there are competitor models that don’t include such features and the base price is a little lower than other vehicles in this model segment. Safety is important to everyone – you should also know the RDX recently scored well during crash testing in the United States. It received Top Safety Pick from the Insurance Institute for Highway Safety.