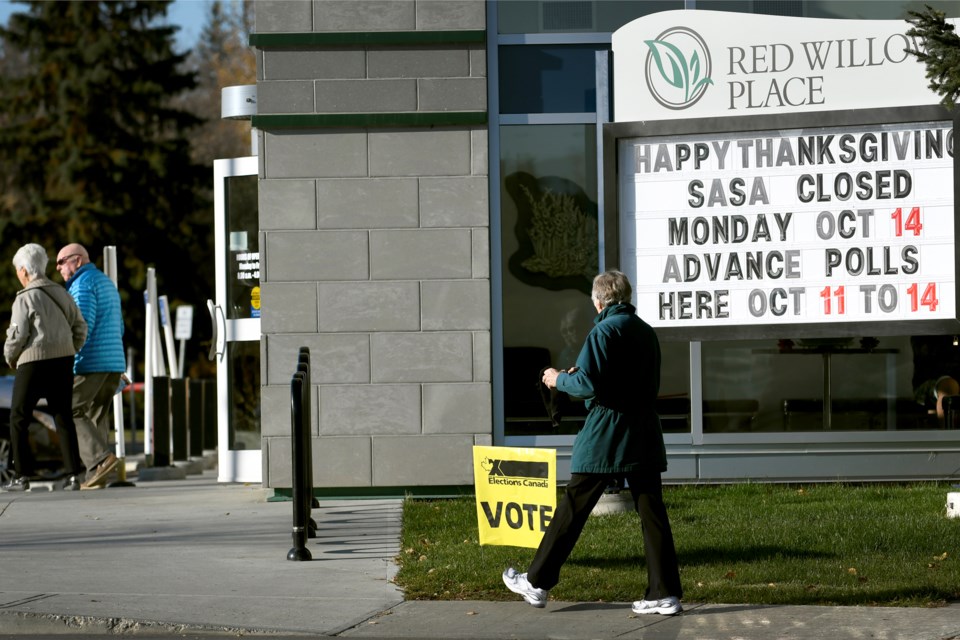 Numbers released by Elections Canada this week show advance voting was up by 29 per cent this election compared to 2015.

On Tuesday afternoon, Elections Canada released new numbers tracking the four days of advance voting that ran from Friday, Oct. 11, to Monday, Oct. 14, which showed Canadians were flocking to the polls over the Thanksgiving weekend.

Some 4.7 million voters turned out to vote in the four day advance voting period.

During the same time period in the 2015 election, 3.65 million Canadians voted, which made up 20.8 per cent of the total votes cast during the election.

Leanne Nyirfa, a spokesperson for Elections Canada, said the organization made accommodations to encourage more voters to get out.

“For this election, we extended the hours of the advance polls,” Nyirfa said.

During the last election, advance polls were only open from noon to 8 p.m., while this year the hours were extended from 9 a.m. to 9 p.m.

Nyirfa said she didn’t hear about too many long lines when going to vote either, other than perhaps a bit of waiting over the lunch hour on Friday.

“There was also more polling locations across the country, probably about 25 per cent more locations,” Nyirfa said.

Even when people got to the advance polls, the process went a bit more quickly. Previous elections had voters go through various steps before being handed their ballot.

“This time, as long as you were registered, they just put you right through to a polling station to vote, so it did go a little bit quicker to vote this time,” Nyirfa said.

Voters who missed the advance polls can vote on Election Day on Oct. 21.