“What does this mean to Albertans? It means that all of us need to be engaged in this response. We need to start thinking about what our new normal will look like over the coming months. With no vaccine for this virus likely to be available for a year or more, we need to be vaccines for each other.”
Mar 9, 2020 2:47 PM By: Brittany Gervais 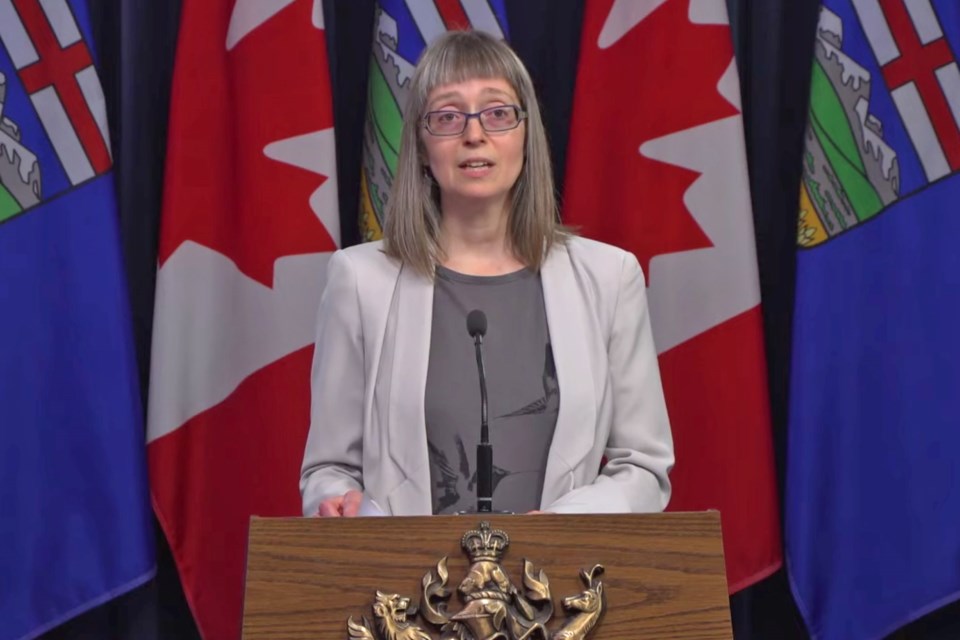 Alberta has three new cases of the novel coronavirus, bringing the total number in the province to seven.

All cases tested through the national lab in Winnipeg were confirmed positive for COVID-19. These individuals are all recovering in isolation at home with support from public health officials, and are expected to make a full recovery, according to Alberta Health.

The fifth case involves a woman in her 70s from the Edmonton zone who was in close contact with the province’s second case, a man in his 40s within the Edmonton zone announced on March 6. She was also on the Grand Princess cruise before returning to Alberta on Feb. 21.

A man in his 30s from the Calgary zone is the sixth case. He was in close contact with the woman in her 30s whose case was announced on Sunday. He had travelled to Ukraine, Netherlands and Turkey, and returned to Alberta on March 2. Symptoms began after his return.

In addition, a seventh case was identified on March 8, involving a woman in her 50s returning from a Caribbean cruise on the MS Braemar cruise ship on March 4. Her symptoms also began after her return. She was tested at the Calgary assessment centre, and her test came back positive late Sunday night.

Dr. Deena Hinshaw, Alberta’s chief medical officer of health, said all seven cases are travel-related, and health officials have identified close contacts as these individuals are most at risk.

Hinshaw commended the work of public health officials over the weekend to get assessment centres running, expanding capacity to handle an increase in calls through the HealthLink hotline, and tracing close contacts of cases.

“Yesterday alone, 700 cases of COVID-19 were done, meaning that almost 1,000 tests have been completed in Alberta in the past two days. This is a remarkable accomplishment, and a testament to the fine health care professionals in this province.”

With all seven cases now confirmed, positive tests from Alberta labs will no longer have to be processed through the national lab in Winnipeg for confirmation.

The global picture has changed within the last several weeks as more countries note confirmed cases and some grapple with large outbreaks, Hinshaw said, though the risk remains low in Alberta.

“What does this mean to Albertans? It means that all of us need to be engaged in this response. We need to start thinking about what our new normal will look like over the coming months. With no vaccine for this virus likely to be available for a year or more, we need to be vaccines for each other.”

Covering coughs and sneezes, washing hands regularly, and staying home and away from others can help. Instead of a handshake, it’s time to start greeting each other with elbow bumps or waves, Hinshaw said.

“This is not an overreaction, but rather a very practical way of limiting the spread of germs.”

Anyone who is sick or experiencing symptoms are asked not to visit loved ones in hospitals or long-term care facilities, as people in these locations are at the highest risk of complications.

"While the current risk of catching the virus in Alberta remains low, this may change in the coming weeks. Regardless of risk level, we will continue taking whatever steps are necessary to minimize risk and keep Albertans safe.”

As of Monday, there were more than 70 confirmed and presumed Canadian cases.