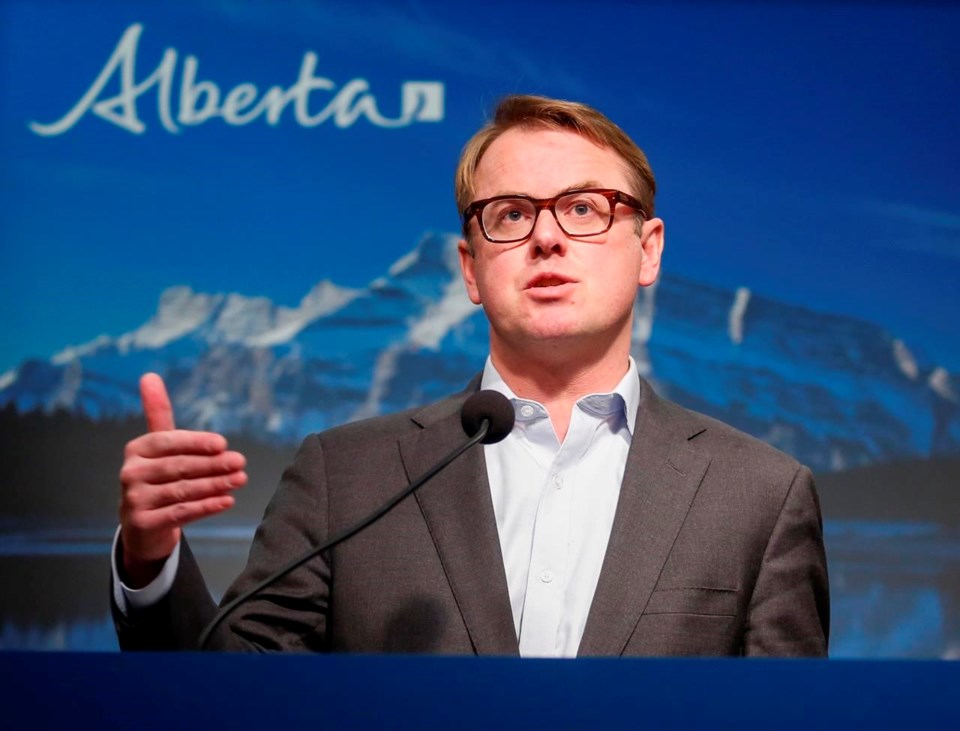 EDMONTON — The Alberta government is proposing legislation that would accelerate approval of private clinics to get more surgeries done.

A bill introduced Monday also says the province should have more latitude to pay doctors in other ways, such as salaries, rather than just the current fee-for-service model.

"Our proposed changes will provide more voice and choice to Albertans and physicians," Health Minister Tyler Shandro said prior to introducing the bill in the house.

"They will strengthen the roles, responsibilities and accountability of our health partners, and this modernization sets us on the path to meet our commitment to build a sustainable, accessible public health system."

The proposed legislation gives legal teeth to commitments previously announced by Shandro, including a promise made late last year to have more private clinics carry out surgeries to reduce backlogs and long wait lists.

There are 43 such private clinics — most of them in Edmonton and Calgary — performing 15 per cent of surgeries, mainly knee and hip replacements, and cataract removals. The bill is paid by the provincial government under medicare.

Many of those surgeries are recommended to be done within four months, but too many are taking longer, Shandro has said.

The United Conservative government aims to have 80,000 more surgeries done over the next three years. Some 300,000 surgeries are performed in Alberta each year.

The legislation would reduce what Shandro calls needless administrative duplication to get the private clinics approved.

When the clinics were created two decades ago, he said, the government was dealing with 17 different health authorities, which meant another level of oversight was needed to co-ordinate them.

Since then, noted Shandro, the authorities have been collapsed into one, Alberta Health Services, so "a lot of the vestigial requirements aren't needed."

Opposition NDP health critic David Shepherd said direct publicly funded is the best value for money and that Shandro's plan will erode it.

"Bill 30 is another step in (Premier) Jason Kenney's rush to bring (a) failed American-style model of increased private profit into our public health-care system," said Shepherd.

Shandro has also promised to explore different ways to pay doctors in keeping with a commitment to keep funding for physician compensation around the current $5.4-billion level. That represents one-quarter of all health operational spending.

The bill would give the government authority to use contracts instead of ministerial orders for alternative pay agreements, which could include salaries rather than fees for service.

The bill also calls for the number of public members on health professional college committees to increase to 50 per cent from 25 per cent.

The 50-50 split would apply to college councils, tribunals and complaints committees.

The Health Quality Council of Alberta, which monitors the health system and makes recommendations for improvements, would be expanded beyond its mandate of patient safety to include broader health service quality.

The proposed changes for physicians are set against a backdrop of acrimonious relations between Shandro and the doctors' representative, the Alberta Medical Association.

The two sides locked horns after Shandro cancelled a master agreement with doctors earlier this year and unilaterally imposed changes to fees and billing.

The association, alleging breaches of charter rights because it was not given the option of third-party arbitration, is taking the province to court.

This report by The Canadian Press was first published July 6, 2020