Alberta's changes to doctors' billing during pandemic are unethical: experts 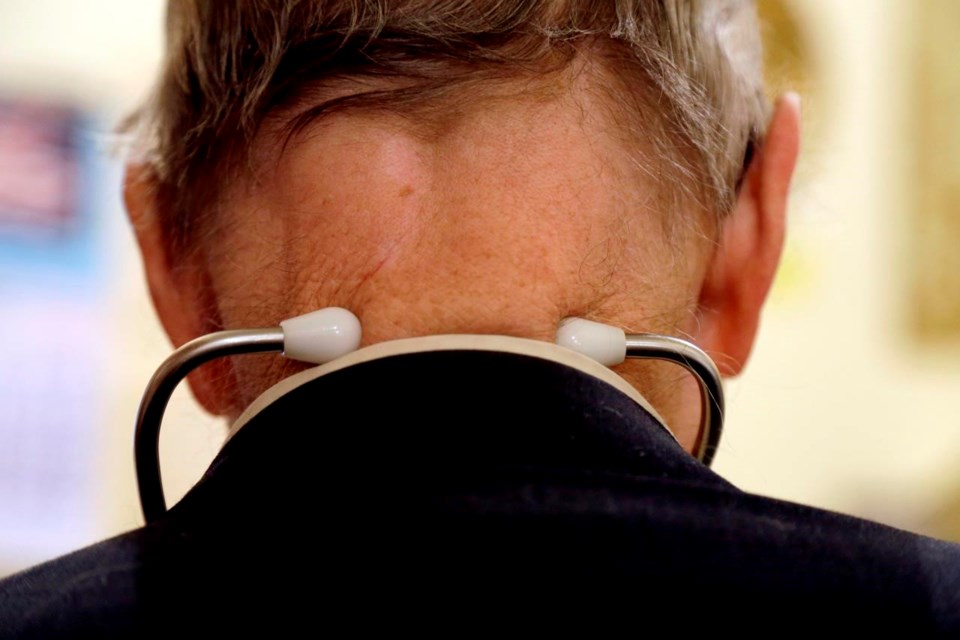 In this Tuesday, Oct. 30, 2012 photo, a doctor wears a stethoscope around his neck as he tends to patients in his office in Illinois. Two University of Calgary professors say the Alberta government's changes to how doctors bill for service are unethical and potentially dangerous during the COVID-19 pandemic. THE CANADIAN PRESS/AP/Jeff Roberson

EDMONTON — A University of Calgary professor says it was unethical for the Alberta government to bring in changes during the COVID-19 pandemic to how doctors bill for their services.

"It's about the complexity of a brand new system," he said in an interview.

"Managers choose the time carefully to make changes in any workforce and when the workforce is already stressed, the manager's job ... is to try to calm things."

The government went ahead with changes to a funding framework on March 31, despite pleas from doctors to delay them so physicians could focus on the pandemic.

It led to a lawsuit by the Alberta Medical Association, which argues doctors' charter rights were violated by not having access to third-party arbitration.

Alberta Health said in a statement that the government is committed to maintaining total payments to physicians at $5.4 billion this year.

"With recent changes to support physicians in the pandemic, we expect to spend even more," spokesman Steve Buick said in the email.

Mitchell said it's being portrayed by the government as a money issue, but it's more complicated than that.

It suggested the changes by the government were a "needless burden during a pandemic" and called the move unethical and potentially dangerous.

Mitchell compared it to a supermarket changing every bar code on every food item at a time when cashiers are stressed, concerned about their health and worried about transmitting the novel coronavirus.

"They just would not do this," he said.

"It's exactly the same thing. They've changed the codes, it's a new system to learn, and people are actually doing webinars to learn the new system."

He and Guichon argue that the move is also unethical under the province's own rules.

A document titled Alberta's Ethical Framework for Responding to Pandemic Influenza, which was published in January 2016, said "the health system is obliged to respond to the needs of the affected individuals, society and health-care providers who put themselves at risk for the good of others."

It suggests the system must abide by the principles of working together, flexibility and good decision-making.

Buick said that document has nothing to do with physician payment and "deals with clinical and policy choices around patient care, restrictions on public activity."

Doctors have said that the changes will force hundreds of clinics across the province, particularly in rural areas, to reduce staff or close their doors.

They received support Wednesday from the National Farmers Union, which noted that physicians working in Sundre and Stettler have given notice that they can no longer afford to provide emergency and obstetrical services at local hospitals.

"This demonstrates the disastrous impact on rural communities that is happening as a result of the UCP government's attacks on doctors," Glenn Norman, vice-president of policy, said in a news release.

He noted that Sundre is in the heart of cattle country and also serves forestry and oil-sector workers, while Stettler has a lot of grain farming and oil-service work.

"These occupations are all considered high risk," said Norman.

The organization reminded the Alberta government that rural communities often face difficulties attracting doctors and the health minister's assertion that he would simply replace doctors who leave shows a complete disregard for the patient-physician relationship.

Mitchell added that the doctors he's spoken to find the changes confusing and worry about the effect they will have on health care overall.

"We need to cancel all the changes immediately," said the University of Calgary professor, suggesting the province go back to the negotiated contract that was in place and restart bargaining talks once the pandemic is over.

"People are already stressed. We don't need to load them with an additional layer of stress."

This report by The Canadian Press was first published April 15, 2020