Another 53 COVID-19 cases diagnosed in St. Albert over the weekend 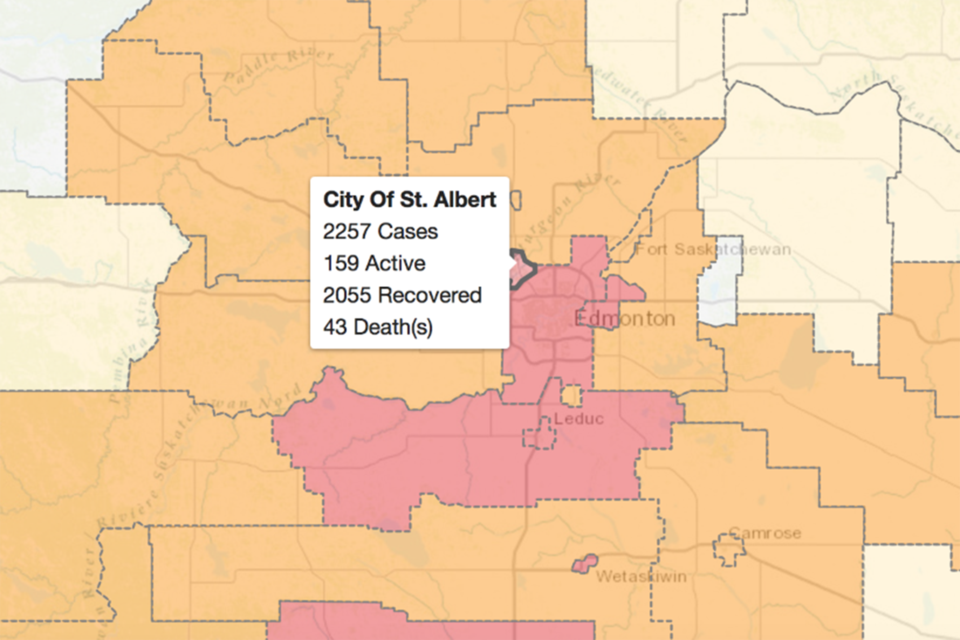 Active COVID-19 cases in St. Albert increased by 18 over the weekend with another 53 cases diagnosed, while another 35 people recovered.

On Monday, the province released new provincial data showing active cases climbing from 141 on Friday to 159 on Monday.

In Sturgeon County, another five active cases were added over the weekend, up from 77 on Friday to 82 on Monday.

Morinville saw an increase of two active cases from 40 on Friday to 42 on Monday.

Another 679 variants were detected in the province and variants of concern now make up 51.3 per cent of all cases, with the vast majority of them the B117 variant first discovered in the U.K.

As of Monday, 390 people are in the hospital with 90 of them in intensive are.

The deaths of another five Albertans have been linked to COVID-19, bringing the total people who have died so far to 2,018.

There are currently 14,849 active cases in the province, with 7,620 of them a variant of concern.

The R value in the province, the number of infections each infected person causes, is at 1.12, with the Edmonton Zone sitting at 1.18, the Calgary Zone at 1.08 and the rest of Alberta at 1.13.