Behind the polka dot curtain: life as a Hutterite

“We live according to the Biblical verse, ‘Be ye in the world but be ye not of the world.’” That’s how Manitoba-born author Mary-Ann Kirkby describes the Hutterite motto.
0
May 20, 2009 12:00 AM By: Scott Hayes 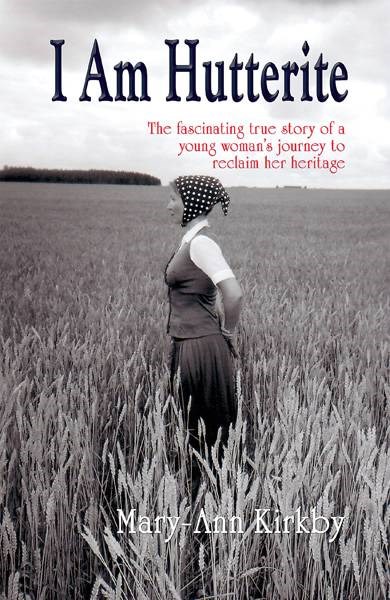 “We live according to the Biblical verse, ‘Be ye in the world but be ye not of the world.’”

That’s how Manitoba-born author Mary-Ann Kirkby describes the Hutterite motto. She was born into the Fairholme Colony of peace-loving agrarians but through a series of tragic and faith-shaking circumstances, her family moved out and away forever when she was only 10 years old. That dramatic event is still fresh in her mind even though that was back in 1969.

“It was shocking. Just to be thrust into the outside world, it was absolutely shocking,” she confessed. “The way that they lived, the way that they ate, the language … everything was new. The irony is that’s when we felt isolated. I never felt isolated until I left the colony.”

The eldest of seven children, she spent nearly a decade reflecting on her early life and adapting to the new world. The fruit of that reflection, I Am Hutterite, is an endearing memoir of the simple rural existence combined with the heavy emotional one-two punch of leaving Fairholme and trying to reinvent herself with no frame of reference for living on the outside.

It’s a sequential history so it starts with her fond memories of the years she had on the colony near Portage la Prairie.

“It was an enormously happy and fun childhood. I loved it! We didn’t go to town except when we had a doctor’s appointment.”

Sounding like the spokesperson for living according to Jacob Hutter’s epistles, she continued by saying there was never a time when she felt like she missed out on modern amenities like television.

“We had so much to do. There was really nothing the town could offer us that we didn’t have at home: we had great food; great friendships; people that loved us; we lived in a park-like setting; we had a lovely home. I felt privileged to be growing up like that.”

Still, the point about medical care is apt. Her younger brother took ill and through some miscommunication, didn’t receive prompt attention. His death prompted her parents to run away. Ultimately, their faith was irrevocably shaken.

In one passage she describes how difficult and unnatural this must have been for them.

“Nothing is more shameful than the word Weglaufen, ‘running away.’”

Later, she said, “My parents made it clear to us that we didn’t leave the culture, we left the conflict.”

Finding themselves thrust into the modern world with no resources was difficult, she admits, especially with the stigma placed on them by the rest of society. Stumbling through painful assimilation, she recalls with great humour and pathos the struggle and successes.

Her writing style is one of intimacy, inviting the reader right into the living room of her mind. This is a brave story, one that almost didn’t get told. So many major publishers turned her down that she had to create her own company to put the book to print.

“They said, ‘Fascinating, but who’s going to want to know about Hutterites? There’s no market for this book.’ I felt that because we’ve been in North America for 125 years, we are the best-kept secret. No one has ever told this story.”

Now after selling 50,000 copies, she’s coming to town to tell her story in the hope that it will serve to enlighten others and dispel any misunderstandings about her people.

“We owe it to each other to know about each other. That way it breaks down barriers and creates a sense of understanding. We are so much more alike than we are different.”

Kirkby will be making an appearance in St. Albert next week as the first stop on her weeklong province-wide book tour. She will be at the local Wal-Mart on Monday, May 25 from 1 to 3 p.m. The store is located at the corner of St. Albert Trail and Villeneuve Road.

For more information about the author or the book, visit www.polkadotpress.ca.