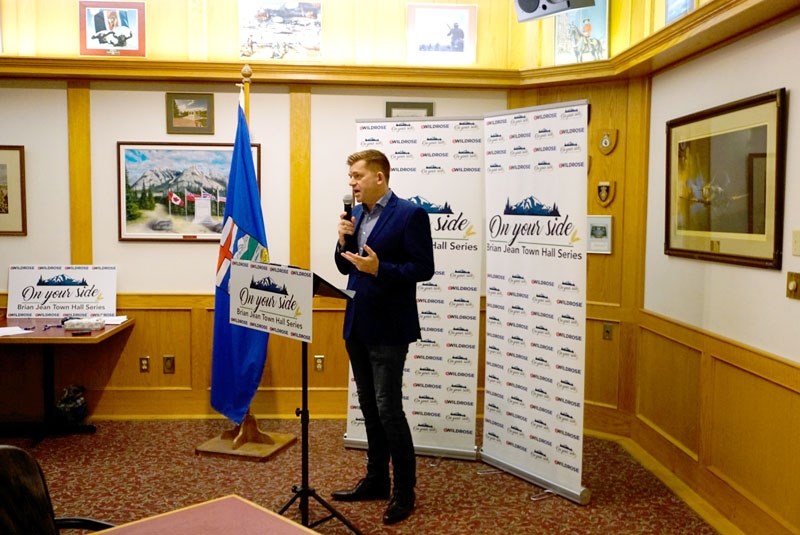 Brian Jean addresses a small crowd at the legion on Thursday to discuss conservative values and his vision for the province.