The date has been set for a council discussion on moving ahead with an electrical franchise fee for St. Albert. Council members will debate a motion from Coun.
Feb 23, 2018 10:04 AM By: April Hudson 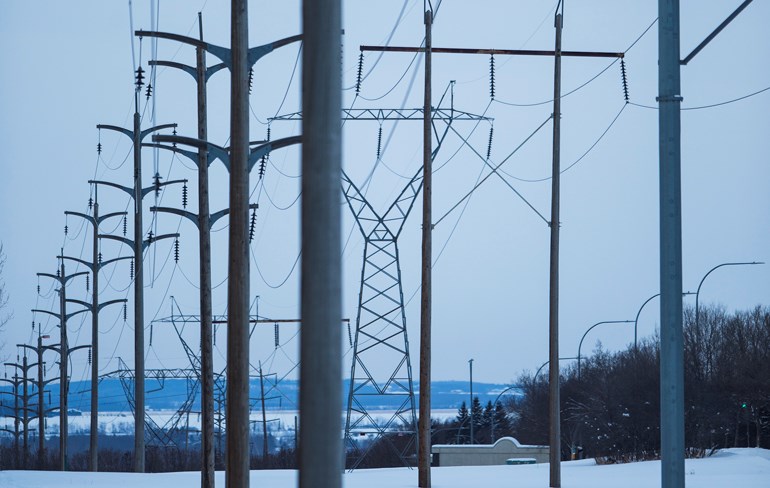 The date has been set for a council discussion on moving ahead with an electrical franchise fee for St. Albert.

Council members will debate a motion from Coun. Wes Brodhead on April 23 to have city staff draw up the necessary bylaw changes for an electrical franchise fee. The proposal has been met with controversy as some see this as a new cost, although Brodhead says the intention is to make it revenue neutral.

Mayor Cathy Heron confirmed Thursday that the agenda committee has chosen April 23 for the discussion.

Brodhead gave notice during council on Feb. 20 that he would be bringing the motion forward. The motion calls for city staff to provide options to introduce a 10-per-cent electrical franchise fee, or a five-per-cent fee that would increase by 2.5 per cent annually until it reaches a maximum of 10 per cent.

Another criteria Brodhead has asked for is that the city include a property tax reduction equal to the franchise fee cost.

He is also moving that the city notify FortisAlberta of whichever fee structure council approves.

Brodhead said the issue of a franchise fee has been on his mind for some time, and he decided to bring the motion forward because be believes it is important for the city to use all the revenue streams it can.

Since franchise fees will also impact properties that do not traditionally pay property taxes – such as schools, nonprofit organizations and churches – Brodhead said franchise fees spread the cost of services over a wider net.

"Ultimately, it's about trying to harness all within the community equitably, or as equitably as possible, to bear the burden of providing civic services," he said.

"I'm sure people will come to say their piece in council chambers, and that's good. That's the nature of democracy – I hope people come and let us know what they think."

He sees merits to both of the fee introduction options he suggested. Bringing in a 10-per-cent fee off the bat, for example, would allow residents and businesses to immediately see the corresponding reduction to their property tax.

The city has estimated a 10 per cent electrical franchise fee would be equal to 3.27 per cent in property taxes.

"If you apply the franchise fee, then the people of St. Albert should see the requisite reduction in their property taxes, so they understand while it might be a shifting of funds, it's not a double-dip of funds," Brodhead said.

Alternatively, bringing in a staged increase would be easier on businesses with high electricity use: while residents would generally see a net cost decrease thanks to property tax savings, some commercial businesses would pay thousands more.

"Heavy users of electricity will pay more, and we recognize that," Brodhead said.

"So we want to introduce that additional cost in a staged fashion so the impact isn't quite so great."

If council members vote in favour of Brodhead's motions at the April 23 meeting, city staff would bring forward the bylaw change to council some time in June.

The prospect of an electrical franchise fee has stoked concern from the St. Albert and District Chamber of Commerce. Chamber president Jennifer McCurdy said such a fee would be another hit to the city's business sector at a time when businesses are already burdened by extra costs related to minimum wage increases and labour standards changes.

McCurdy said last week the Chamber is concerned about the city seeming to turn its attention toward businesses as a way of bringing in revenue: aside from franchise fees, the city has also talked about changing storm water rates in a way that could negatively impact businesses.