In an effort to attract new businesses to St. Albert, the city’s economic development department hosted its inaugural commercial development bus tour on Thursday.
Oct 8, 2016 12:00 AM By: St. Albert Gazette 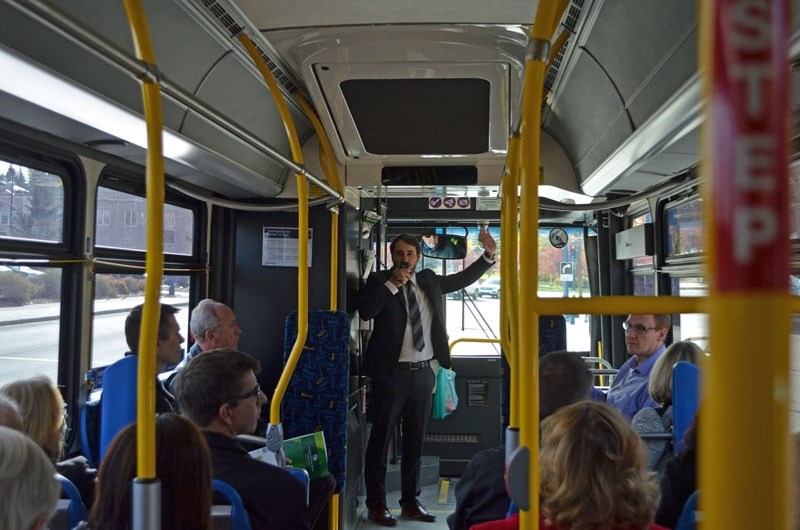 Led by David Howe, business relations coordinator, the tour comes at a time when St. Albert is poised for growth.

“We have a lot of (new commercial developments),” said Howe, “especially after Project 9 got approved. That opened up the entire west side of the city.”

Now that Project 9 has the go-ahead from council, development in South Riel is finally underway. Plans are also being developed for the Employment Lands, and residential areas such as Riverside and Ville Giroux can continue to grow as planned.

The city is expected to welcome 15,000 new residents to this largely underserviced area.

“That’s a lot of people on this side of the city and not a lot of services, as you can see, so far,” Howe told the crowd of 35 brokers, developers and community members.

The tour highlighted upcoming and currently available lands for commercial and industrial development throughout the city.

During the tour, Howe spoke about the city’s shifting focus to attract first-time home buyers and to create more integrated communities.

Several of these developments are also mixed-used, he told attendees, giving residents an opportunity to work, live and play within their neighbourhood, and businesses a built-in customer base.

“Between Averton, Bellevue and the Enjoy Centre we’re going to see a really integrated community,” said Howe during a stop in South Riel.

The city partnered with the Edmonton chapter of NAIOP, a commercial real estate development association, to bring in a number of brokers and other parties who are less familiar with development in St. Albert.

St. Albert has put on residential development bus tours in the past. The commercial tour builds on the success of that program. (Last year, three separate dates were needed to accommodate the interest.)

Howe plans to collect feedback before deciding whether to host future tours, but said he thought the tour was successful. The tour filled a bus with 35 people.