"This kind of organized criminal activity has no place in the correctional system," Justice minister
Jan 13, 2021 2:45 PM By: Dan Singleton 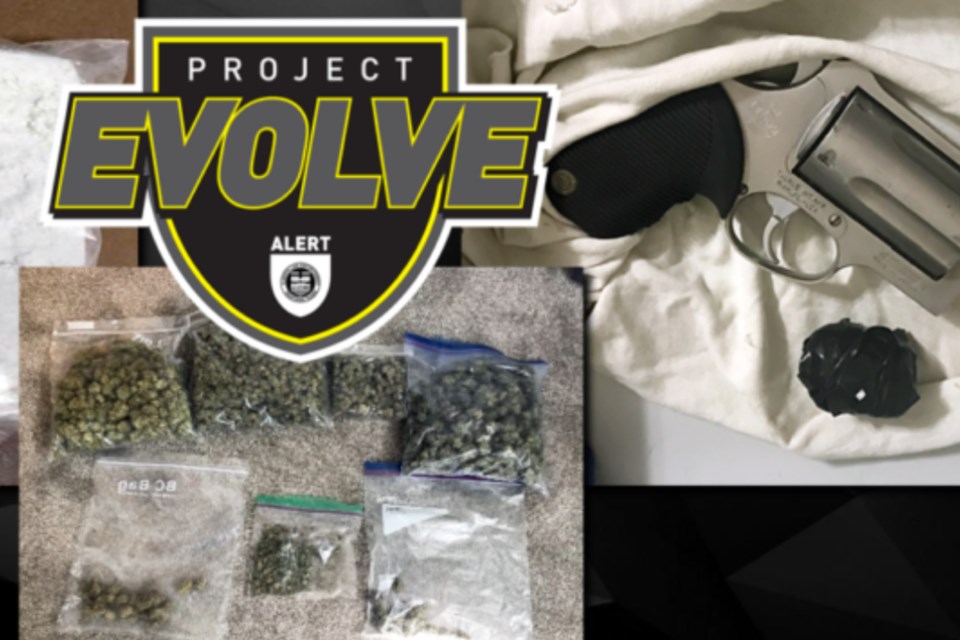 Project Evolve started in June 2019, involved the seizure of drugs and cash estimated at $300,000 and resulted in 60 charges against 11 people. Image courtesy of ALERT

The operation, which started in June 2019, involved the seizure of drugs and cash estimated at $300,000.

Search warrants were executed at homes in St. Albert and Edmonton, with evidence seized including 35 grams of fentanyl, 88 grams of methamphetamine, 620 grams of cocaine, 1,341 grams of a cocaine buffing agent, 1,745 grams of cannabis, a handgun with its serial number removed, and $206,000 cash.

ALERT alleges the network conspired to smuggle drugs into the prison system and had established connections to Bowden Institution.

“ALERT has done a remarkable job partnering with federal, provincial and municipal law enforcement to remove deadly drugs like fentanyl from our prisons. This kind of organized criminal activity has no place in the correctional system.”

“And by introducing drugs into the prison system, this substantially put the health and safety of not only inmates, but also Corrections staff and officers, at risk.”

“Investigations such as this are a positive step towards reducing crime in St. Albert and keeping the community safe.”

Bowden Institution Warden Lawrence Hartigan said: “I’d like to thank ALERT and my team at Bowden Institution for their combined efforts on Project Evolve. Partnerships such as this one between ALERT and Correctional Service Canada demonstrate intergovernmental departments working together to keep Canadians safe.”

Those facing charges are:

Both Klassen and Krause were incarcerated at Bowden Institution during the course of the investigation, police said.

Moores is currently serving a federal sentence under the jurisdiction of the Correctional Service Canada as the result of a conviction from a previous and unrelated ALERT investigation, police said.

About the Author: Dan Singleton