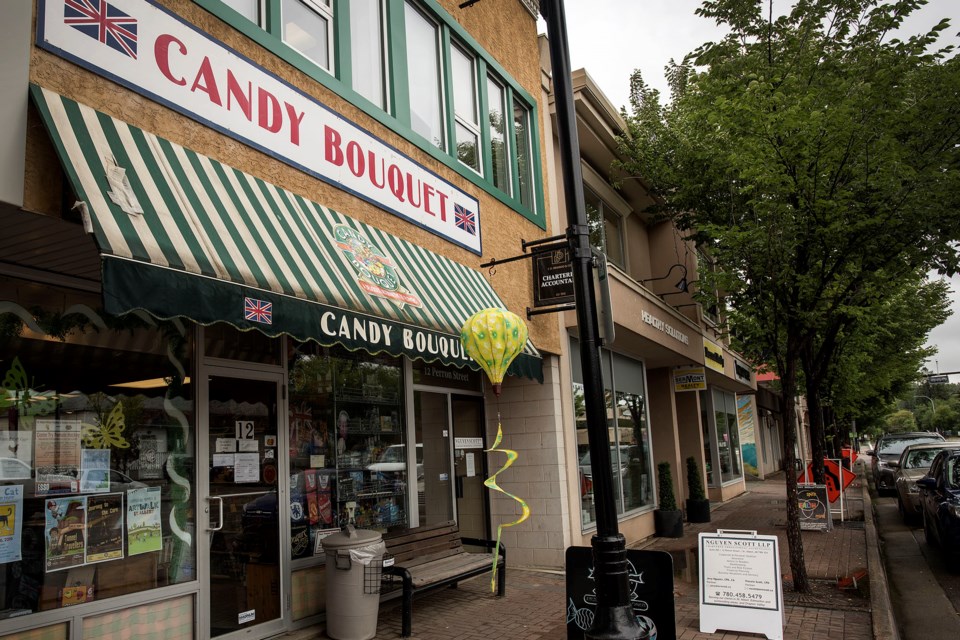 The Candy Boutique store has been a fixture on Perron Street in St. Albert for 20 years. FILE PHOTO/St. Albert Gazette

A tasty staple of downtown St. Albert will keep serving its faithful clients under new ownership.

Candy Bouquet has been serving up specialty British goods for over 20 years, and under the ownership of Kathie Fisher and Gisele Sinclair since they bought the store in 2000.

Now wanting to retire, the two women have found a buyer after starting their search in July.

The new owners, Karen and Rick Shermack, are brand new to St. Albert, having relocated from Edmonton in January. Karen said the idea of buying Candy Bouquet started out as a joke between the couple. As they talked more, the joke turned into reality, and they have been official owners of Candy Bouquet for a week now.

“It’s been an adventure already – it's new, it’s very new for me. I’ve never really worked with food, so that’s a new part of it. And its customers are just awesome,” Karen said.

While the couple comes with many years of retail experience under their belts, retail involving food and candy in particular is novel for them. Rick used to be part-owner of Axe Music, and Karen worked there for 16 years as well. Rick stayed on with the new owners, Long and McQuade, after the store sold, where he still works.

The Shermacks will bring a family vibe to Candy Bouquet, bringing on various relatives to help run the shop. Karen said the part-time student employees who work there would stay on as well.

Candy Bouquet’s new owners do plan to make some changes around the place, including doing a few renovations to “spruce” the place up. Karen said they also plan to bring in more “retro” candies and British goods.

However, Candy Bouquet may taper back on the bouquet business a bit. Not being much of a crafty person herself, Karen said for now Fisher, Sinclair and her sister are helping out on the bouquet front.

Karen said the former owners have been “really awesome” to deal with, and really want the store to succeed into the future.