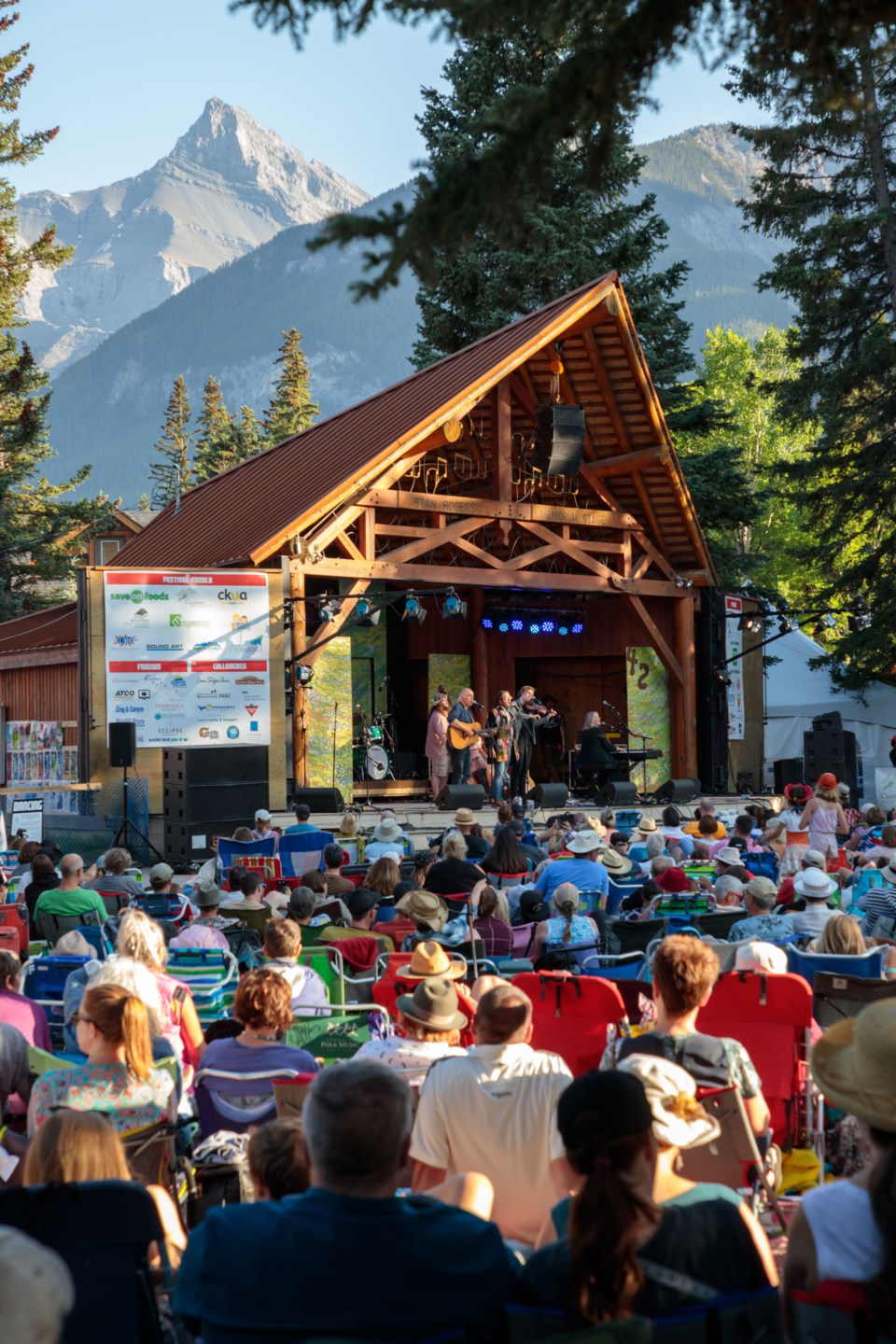 CANMORE – The August long weekend in Canmore will be a little quieter this year after organizers announced cancellation of the Canmore Folk Music Fesitval.

“It’s with heavy hearts that we are announcing the cancellation of the 2020 Canmore Folk Festival,” said festival director Sue Panning.

“We held out hope for as long as we could, but consulting with other festivals and other people in the music world, as well as the health authorities and people in government, we couldn’t do it in a safe manner and it’s so important for us to keep our folk festival community safe.

"It just wasn’t possible to move forward with a festival this year.”

The longest running folk music festival in Alberta, the August long weekend event welcomes musicians from across Canada and around the world each year. Established in 1978, the event attracts approximately 21,000 music fans to the mountain town for three days of music on the Stan Rogers Stage in Centennial Park.

With COVID-19 restrictions in place around mass gatherings, and several significant local events in May and June already cancelled, organizers have been monitoring the situation since the first case of the virus in Alberta was confirmed at the beginning of March.

“Consulting with different people all across the country, it just seems that things are changing and the first thing that was restricted was large gatherings,” said Panning.

“The knowledge that we have says the last thing that’s going to come back is mass gatherings, so we just didn’t feel that it was going to be safe for us to be contemplating putting the festival on this summer.”

“We did look at all kinds of options, including what type of measures we could take – you know, having masks or whatnot – but the more we looked, the more we talked, we realized it’s not feasible,” she said.

Panning said the Canmore Folk Music Festival will be back next year. In the interim, she said the global pandemic has affected artists around the world.

“We’re definitely concerned about artists, agents, the sound crews – there’s so many people involved in putting on live music.

"We’re going to take a look at what we can do as an organization to help artists."

About the Author: Alana MacLeod

Alana MacLeod is a reporter for the Rocky Mountain Outlook. Previously, she worked for Global News Toronto as a news producer and writer. Follow her on Twitter: @Lans_macleod
Read more