Cartoonist draws up a career

You've heard the phrase 'Do what you love and you won't work a day in your life'. This Alberta cartoonist is a perfect illustration.
Jun 8, 2020 1:33 PM By: Lucy Haines 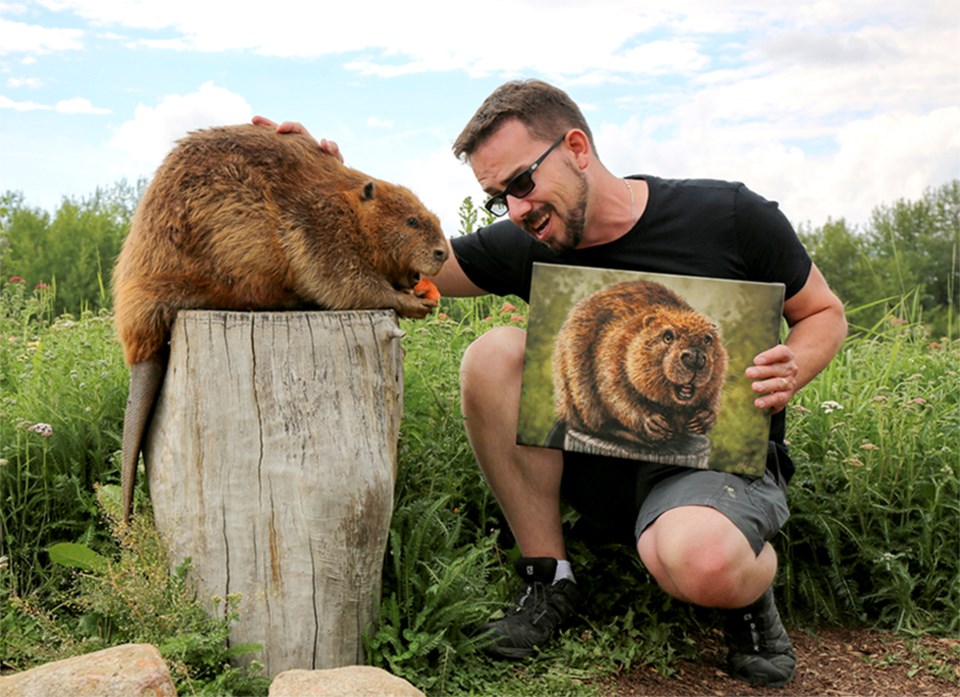 You could call Patrick LaMontagne an editorial cartoonist. You could also call him a digital artist, specializing in whimsical animal paintings. The 'almost 50' Southern Alberta native said he's both in equal parts, and considers himself lucky to make a living combining things he loves in a career he never planned for.

"Until COVID-19 happened, weekly community papers were most of my business. Some papers have amalgamated, laid people off or shut down altogether," said LaMontagne of his 25 years in the cartooning business.

"Back when I started, I was turned down by major dailies across Canada, and that's been the luckiest thing that happened for me. I've been able to make a good living because I self-syndicated early on — that's helped me survive and grow. Today there's only a handful of staff cartoonists still working in Canada."

"I had talent but no skill when I started — but I did have a knack for being in the right place at the right time. I did my first editorial cartoon at age 27, when a friend who was a columnist at the Banff newspaper said they were looking for someone. It was a part-time gig but I learned a lot. That's where it all began for me."

LaMontagne remembers fondly some of his very earliest cartoons Christmas-oriented etchings, three bears in a cave, or similarly humourous winter weather-haters sitting on a patio in toque and parka. But you won't find much that is framed or on display in his Canmore condo, which he shares with his wife of over 25 years. The prolific artist is just too busy to dwell on any one piece, favorite or not.

Up at 5 a.m. most every morning to create a handful of weekly offerings for national and local papers including the Calgary Herald and the Greatwest Newspapers chain in central and southern Alberta, LaMontagne spends a few hours on each cartoon, which he has created digitally since 1998 — no pencil or paper in sight.

"I draw and colour on computer. I don't know the world of charcoal, pencil and paint. Being a digital artist is like working with acrylics, only less mess," he said of the roughly five-inch by five-inch likenesses of politicians, animals or settings that make up the story he's telling. "Some of the old guys still use ink traditionally, but for the younger generation, this is all they know. I can use the same light or heavy pressure as traditional cartoonists, and deal less with hazards of the job such as carpal tunnel syndrome, worsening eyesight and arthritis in the hands."

Though his regular outlets can say yay or nay to any given cartoon, Rocky Mountain Outlook in Canmore is LaMontagne's one steady customer. For 20 years, LaMontagne has been supplying the weekly paper with an exclusive and unique cartoon dedicated to that market alone. "They've been good to me, and it's my home base too. I know the issues of the area," he said.

LaMontagne also follows the early evening news to create a story list and a few sketches before deciding what to illustrate for the country's print media outlets the following day. The subject can be the weather or commentary on how COVID-19 is affecting nursing home residents, or the country's jobless rates. It can be a reaction to whatever Trudeau ("I like drawing him") or Jason Kenny ("hard to draw — his features are too generic") said on the day's news, or thoughts on the latest societal issue trending on social media.

From Christmas, Mother's Day, the economy, the Olympics, Fort Mac fires and — since January — well over 70 cartoons on COVID-19, LaMontagne doesn't shy away from cultural or political statements. But he does steer clear of a couple of areas: religion and cultural perceptions/stereotypes. Also, Donald Trump. "American cartoonists have Trump content covered. Canadian papers focus on Canadian politicians," he said.

"But it's always an opinion — like a written editorial. It's nice to get a comment from an editor or reader who say "I really liked today's cartoon". But sometimes I get negative responses from people who don't understand that an editorial cartoon is part of the opinion section of a newspaper. One guy sent a rant that I was more liberal than conservative, but I like to hit back against hypocrisy wherever I see it. And I'm always going to poke holes in the argument for western separation, because I don't support it."

Editorial cartoons are the domain of a small number — a rare club of artists that is a reminder of decades past and the golden age of newspapers. Some envision men toiling at a table with pencil and paper as they skewer politicians or offer social commentary on the daily — think the Godfather of Canadian editorial cartoonists Terry Mosher of The Montreal Gazette, working feverishly to represent the mood of that city during Pierre Trudeau's reign or during the time of Quebec's quest for separation.

But the world of editorial cartooning has changed right along with the newspaper industry and the advent of the internet, LaMontagne said, and he feels for young cartoonists trying to get started.

"I didn't think of drawing growing up — just doodled in my school notebooks like anyone else. And I never studied art in college either — I'm completely self-taught," he said. "My story sometimes drives students crazy, when the normal route for training is to get a degree, network with professional associations and gain experience to create a portfolio," laughs LaMontagne."I've taught classes, but now there's online video schools that can do it for free. I tell students that now is the best time to be a self-employed artist," he said.

"People said the industry would be done with ten years ago, but I'm still here. I like the routine and freedom it gives me to do what makes me happiest--the animal paintings," added LaMontagne, who has licensed animal images that now appear on T-shirts, iPad decals, puzzles, calendars, magnets and coffee mugs. The Calgary Zoo sells his prints, and he's even done a few commissioned paintings of pets on canvas.

Most recently, LaMontagne has also found a new outlet for his animal print art in the form of face masks — another way the artist has pivoted in the time of COVID-19. His animal face art of cute bear snouts, a roaring lion nose and mouth and more make a unique cloth face mask, joining those being created by designers the world over fashioning unique non-medical face masks to wear when out in public.

And he's not done yet. LaMontagne writes blog posts regularly on his own website and said he's even written psychological thrillers with a Stephen King influence.

"I usually say to people that I don't agree with the cliché about not working a day in your life if you love what you do," LaMontagne explained. "What I usually say is you're going to work harder than you've ever worked in your life for something you love to do — longer hours, fewer days off and a lot more sleepless nights. But you'll do it because it's worth it to you."