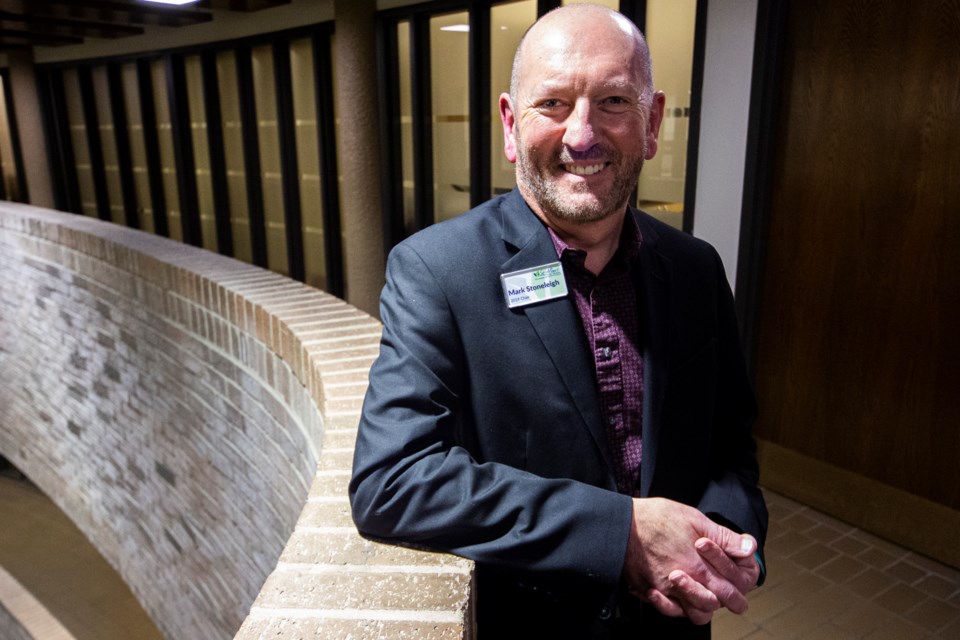 Mark Stoneleigh, the 2019 chair for the St. Albert Chamber of Commerce, was at City Council Chambers on Monday night City to speak at a public hearing on the proposed municipal utility corporation. CHRIS COLBOURNE/St. Albert Gazette

St. Albert monopolizing new lines of business under a proposed utility corporation – and potentially shuttering competition with private business – is of “great concern” to the St. Albert and District Chamber of Commerce.

During a public hearing on the city’s proposed municipal utility corporation (MUC) on Monday, Chamber chair Mark Stoneleigh was one of 10 residents who spoke to city council.

“One of the challenges for other municipalities is that by creating their MUC and offering services, they have competed directly with the private sector,” Stoneleigh said.

In August, city council passed a bylaw which gives the city power to stifle competition for any utility services it chooses to offer within its boundaries, thereby enacting a monopoly.

"This is of great concern to the Chamber and our business members," Stoneleigh said.

While a preliminary business case for the MUC was made public last month, that case does not include all new lines of service St. Albert is considering. It would be “pie in the sky” to include all potential ideas in the business plan, chief administrative officer Kevin Scoble told council on Monday, but there are other “significant opportunities being discussed.”

New services that have been publicly proposed include garbage collection for businesses and multifamily buildings; inspection and maintenance services such as hydrant flushing, CCTV camera and hydrovac services; waste-to-energy and small-scale wastewater treatment facilities; and consulting services.

Stoneleigh said the Chamber and its members have questions and concerns about whether a utility corporation is the answer to the city facing a decline in traditional revenue sources.

Some of those questions related to a risk analysis in the MUC case that was withheld from the public eye. Stoneleigh said if council proceeds with establishing a corporation, they should establish clear “off-ramps” at each identified risk point.

“This is standard practice in most new ventures and should be committed to as part of council’s fiduciary responsibility,” he said.

Stoneleigh also noted other successful MUCs in Alberta have one thing in common that St. Albert does not share: access to natural resources. He pointed to Grande Prairie and Medicine Hat, which profit off their water and natural gas resources.

“St. Albert doesn’t have either of those. So, will we not be purchasing and re-selling? How can that be cheaper for consumers?” he said

Stoneleigh advised council a decision to proceed with an MUC must be made in a “collaborative manner” with the support of St. Albert.

“The city is encouraged to be very cautious in investing financial resources in this new entity until it is clear that risks are manageable, and a clear path to profitability exists.”

Impact on local business was a concern to other residents who presented, including James Burrows, who said putting a public entity in “direct competition” with the private sector is not a “really truly great idea.”

While St. Albert would have free rein to impose monopolies within its boundaries, the city would not have that same advantage in offering services outside the municipality.

Coun. Ken MacKay asked city staff how St. Albert would compete against other “big fish” in Alberta that are “much more prepared” to take on new lines of business.

Scoble said the success of the MUC is going to be about “synergetic partnerships and joint ventures.”