Proposed new changes to the development of South Riel that could take the project in a different direction is raising red flags for both city council and staff.
Apr 3, 2019 1:00 PM By: Jeff Labine 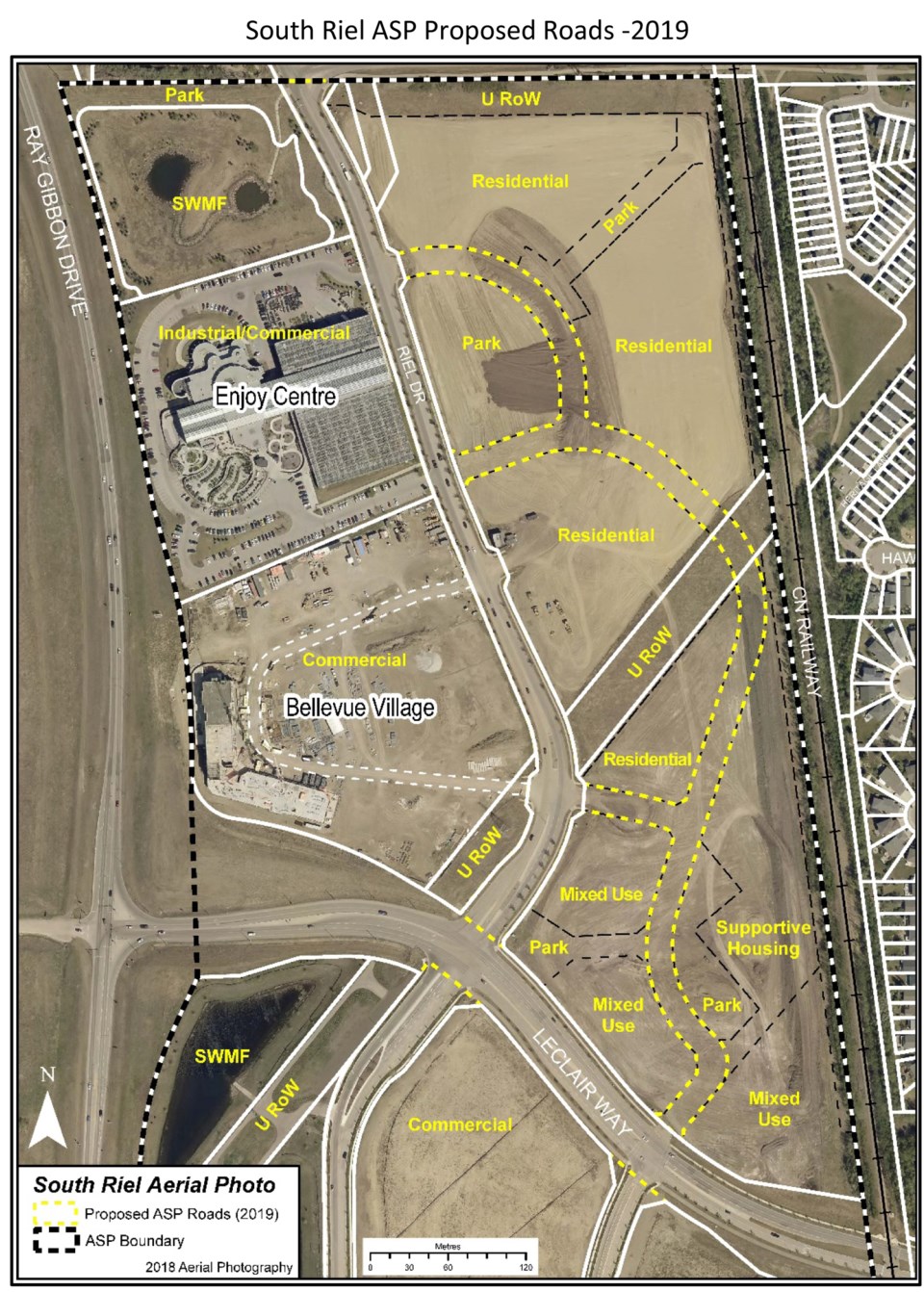 Proposed changes to the development of South Riel are raising red flags for both city council and staff.

Council approved first reading to a number of changes that could take the development in a different direction during Monday night’s council meeting.

The changes, submitted by Invistec Consulting on behalf of South Riel Developments, require four separate bylaws to be passed. One aims to close a former planned access to what the developer calls the Midtown site. The developer also wants the city to create a specific land use district, Midtown (MT) District, for this development. It would allow condominiums to go up on the site and would include various housing types, reduced lot sizes and reduced parking regulations. The city also needs to pass bylaws to incorporate those changes in the South Riel area structure plan – which would reconfigure roads, redesign the size, shape and/or location of parks and redistribute density at that site – and to amend the land use bylaw.

The area in question includes lands west of the CN railway and Heritage Lakes, south of Levasseur Road, east of Riel Drive and north of LeClair Way.

Coun. Sheena Hughes said she reluctantly supported first reading but had concerns about the number of changes being requested.

“The number of concessions that are being asked for is substantial and unprecedented,” she said.

“I have serious, serious concerns about what is being proposed.”

The changes need to go through two more readings, with discussion and debate expected to take place April 23. A public hearing has been set for that date.

A city report on the changes, authored by Lyndsay Francis with the city’s planning and development department, notes the proposal “represents a significant shift from the existing built form within St. Albert and the Edmonton Metropolitan Region.”

The report notes city staff incorporated regulatory changes to address conflicts with the implementation, but adds “administration is not certain of the full impacts the proposed regulations may have on the built environment due to reduced evaluation time, lack of similar product within the region, and the applicant providing vague information.”

The report also points to parking as a concern, noting private streets in the development are narrow and may have driveway cuts that won’t allow for on-street parking other than on the neighbourhood residential road. The city’s engineering department has also raised concerns about the future operation of the intersection where the development connects to Riel Drive, which would now align with the Enjoy Centre instead of the original plan to have it align with Bellevue Village.

Hughes also took this opportunity to voice her concerns with how the city handles public hearings.

Generally, the guide for public hearings requires a member of council to move first reading then the mayor will open the public hearing during a regular or special meeting of council. Public hearings must also be held before second reading of a bylaw or before council votes on a resolution. The rules state council can continue with additional readings at the same meeting as the public hearing or later meetings, depending on the nature of the bylaw.

Hughes’ main issue is that a lot of council’s decisions are made in one night.