Accused include people from the Morinville area
Jan 29, 2020 11:00 AM By: Jennifer Henderson, Local Journalism Initiative reporter 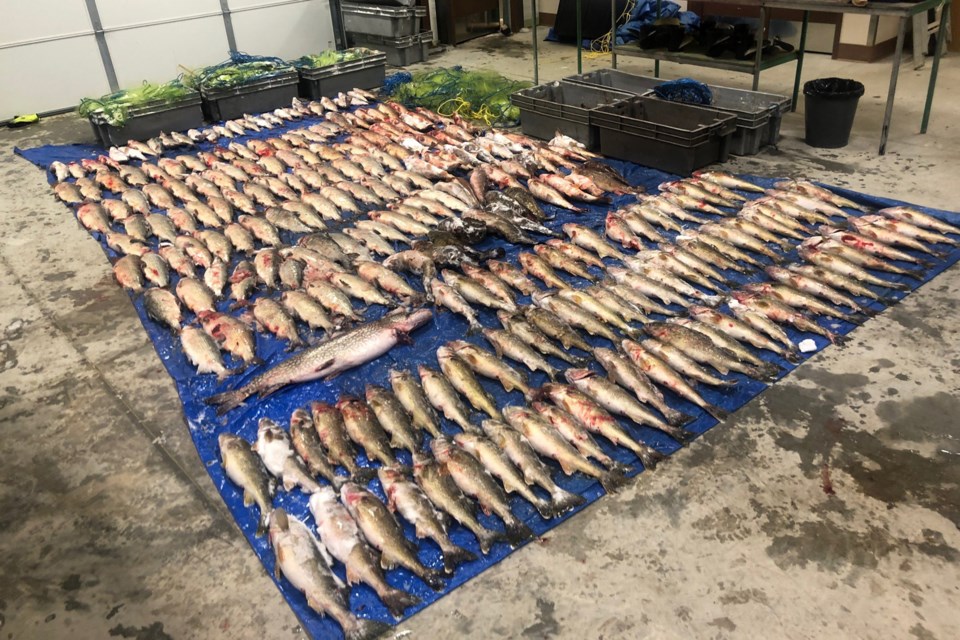 Alberta Fish and Wildlife wrapped up a two-year undercover investigation into the trafficking of fish this month. ALBERTA FISH AND WILDLIFE/Photo

Dozens of people have been charged after an illegal fish trafficking ring was broken up in northern and central Alberta, including people from the Morinville region.

On Jan. 23, Alberta Fish and Wildlife wrapped up a two-year undercover investigation into the trafficking of fish. The officers estimate that over the course of the investigation, around 12,000 pounds of fish were illegally taken and trafficked from Lesser Slave Lake and Winagami Lake.

The investigation began when officers received information alleging that unlawful trafficking of fish was occurring in the High Prairie and Faust areas and then the officers began an undercover investigation in November 2017.

Some 33 people from Morinville, High Prairie, Faust, Slave Lake, Edmonton, Vegreville, Bashaw, Castor and Halkirk were charged with 80 counts under the General Fisheries Regulations of Alberta. The accused's names had not been released by press time.

Some of the charges include the unlawful sale, purchase and possession of fish, including lake whitefish and walleye.

Through the investigation, officers revealed a network of illegal killers and buyers of fish. The fish were mostly caught near Lesser Slave Lake and Winagami Lake under the guise of Métis and Treaty domestic fishing rights. There is no commercial fishery in Alberta and Métis and Treaty harvesting rights allow for personal subsistence use only.

During the final undercover purchase of fish on Jan. 23, the officers seized a 2002 Chevrolet Silverado 2500 truck, four gill nets, five fish tubs and gill netting equipment. All fish that were seized during the operation will be distributed to people in need throughout Alberta.

The penalty for trafficking fish is a maximum of $100,000 and one year behind bars per count.

Initial court appearances are scheduled for the accused in Morinville Provincial Court for Feb 11.

Fish and Wildlife say reports from the public go a long way in helping officers in their investigations. Information about the trafficking of Alberta’s fish and wildlife resources they receive from the public is forwarded to a specialized unit within the Alberta Fish and Wildlife Enforcement Branch so they can be properly investigated. This section includes undercover officers to help prevent unlawful commercialization and other offences.

Anyone with information about any wildlife or fishery violation is encouraged to call the 24-hour Report A Poacher line at 1-800-642-3800. Callers can remain anonymous and could qualify for a reward.