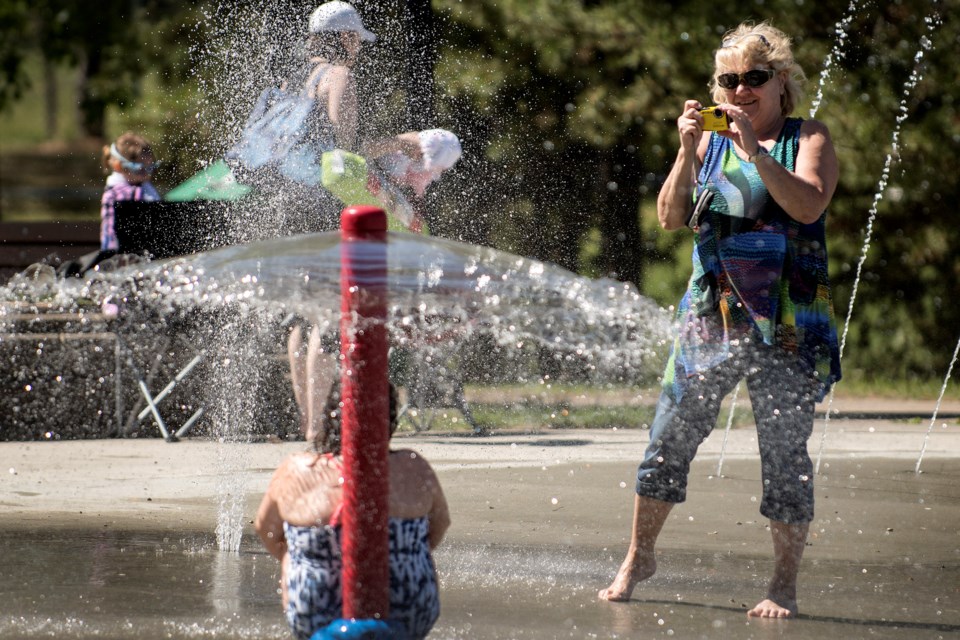 The City of St. Albert is preparing for the possibility of recreation options opening up this summer in case the province is able to get a hold on its record-breaking surge of COVID-19 cases.

On Monday, the city's emergency management advisory committee heard an update on the COVID-19 situation in the province and potential reopening dates for a few city recreation facilities. Last week, the province announced stricter health measures, which included the closure of all indoor fitness and sports facilities.

Diane Enger, recreation facility director, said the city is planning to open Woodlands Water Play Park from May 22 to Sept. 6 this year. Staff would limit capacity to 100 people by monitoring users coming in, with families allowed up to 10 people per household. This is estimated to cost the city $128,000 to operate for the full season, $18,000 higher than originally thought for additional staffing. Washrooms will be open, but not the change rooms.

The city's outdoor Grosvenor Pool could either open June 1 or July 5 to Sept. 5 this year for lane swimming, schools, swim clubs and private household bookings. Unlike indoor swimming, outdoor lane swim is permitted under the current restrictions with double-wide and buffer lanes, Enger said. It would be $20,000 cheaper to open in July rather than June because of staffing costs, with a June opening forecasted to cost $125,000.

Private bookings for families would cost $80 per hour. Reservations would be done online. Four swimmers could be allowed per lane.

"If restrictions do ease and we could potentially provide public swim, we would try to accommodate that as best we could," she said.

The city is also planning for Canada Day celebrations on July 1. A proposed event could include drive-in movies, pop-up outdoor activities in the park, and fireworks depending on what restrictions look like at the time. This is expected to cost the city $68,800, with a potential Heritage Grant to offset expenses.

A week before additional restrictions were announced, the city had opened private swim bookings at Fountain Park for one hour at a time at a rate of $175, with a maximum of 10 people from the same household.

Enger said the rate was based on what it costs to operate the facility under current restrictions, which amounts to $220 per hour with only one household allowed in the facility at a time.

The city was able to subsidize the original $220 rate by about 20 per cent to get to the approved $175 rate.

"We chose the current rate of $175, which is our current rate to offer the leisure pool for private bookings, as the rate that we would go with," she said. With one-on-one swim lessons going on through the week, about 10 bookings were available for private swim each weekend.

"We're trying to find a balance between delivery of service and being fiscally responsible, and being consistent with our other fees that we've charged throughout the pandemic."

Enger also presented a chart taking a look at what other municipalities in the region were offering. Leduc is charging residents $42 an hour for private household swim, Beaumont is charging $85.50, and Spruce Grove is charging $220 per hour.

Normally, Fountain Park private bookings are geared toward parties and sport team events, Enger said. But with current restrictions, the city can only have one household in a facility at a time, which impacts cost-recovery.

Last week, Coun. Ken MacKay told the Gazette he is bringing forward a motion to subsidize the $175 per hour fee through the city's $1-million COVID-19 recovery fund.

Kevin Scoble, chief administrative officer, gave a update on how much of that fund has been used or committed so far. In total, the city has spent or committed $361,572 of the $1-million fund so far this year.

During Monday's council meeting, MacKay agreed to push back his motion to lower household swim fees at Fountain Park for two weeks since the facility is closed again under new health restrictions.

"We need to have a discussion around whether or not we want to look at further subsidizing not only pool activity, but maybe other activities as we struggle out of the pandemic, and the impacts it's having on our residents, particularly our families," he said.