"As we move out of the pandemic, we're going to be facing larger impacts associated to the new reality … I believe it’s important that there’s some continuity as we move forward.”
Apr 5, 2021 3:45 PM By: Brittany Gervais 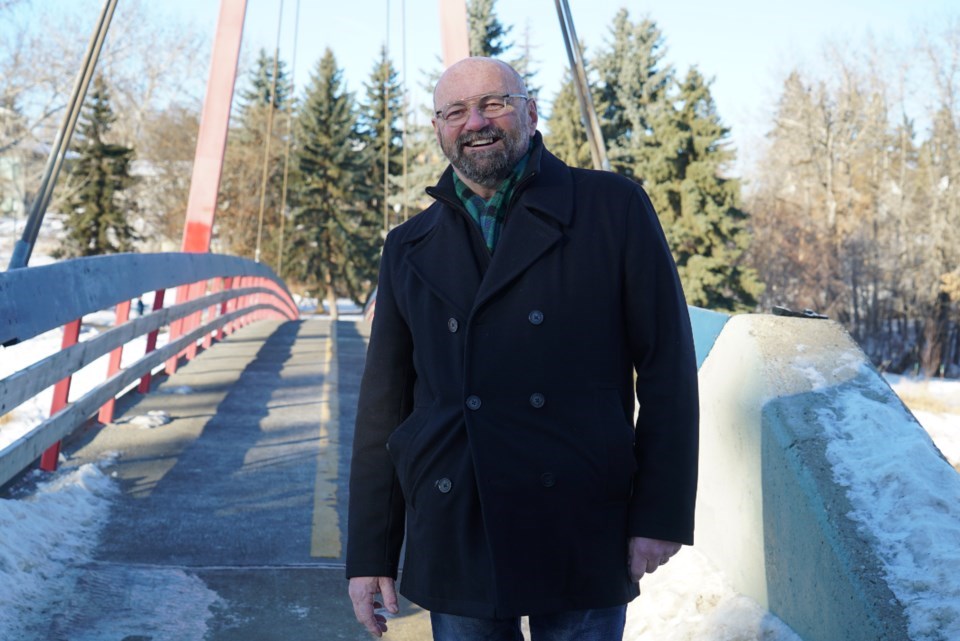 St. Albert Coun. MacKay was first elected to council in 2017, and filed his papers for the October election on March 31. BRITTANY GERVAIS/St. Albert Gazette

St. Albert city councillor Ken MacKay will be running for re-election this fall.

MacKay is currently serving his first term on council. He was first elected in 2017, and filed his papers for the October election on March 31. He is the first sitting councillor to announce a campaign for re-election, and second candidate to file nomination papers in St. Albert.

Securing another four years would allow him to continue the work he started when he was first elected, MacKay said. As the city continues to grapple with impacts from the COVID-19 pandemic, he said having someone at the table with previous experience will be important.

“We're going to need to have some experience and someone with a lot of knowledge in relation to where we can start to look for efficiencies, and how we can work best at post-pandemic recovery,” he said, adding that since he is fully retired, he can take on a bigger workload. “As we move out of the pandemic, we're going to be facing larger impacts associated to the new reality ... I believe it’s important that there’s some continuity as we move forward.”

Post-pandemic recovery, dwindling provincial funds, growth initiatives, infrastructure projects and managing social impacts are all examples of issues that will carry into the next term, he said. If elected, MacKay said he would continue to champion affordable housing initiatives, protection of the river valley and trail systems, and managing infrastructure challenges.

“We have to realize that we are getting to be a large municipality – we are a hub for the region. So we have some some improvements that need to be continued, and I'm going to work hard to do that."

Over the last year, MacKay has sat on several regional and municipal committees, including the COVID-19 recovery task force, the Edmonton Region waste advisory committee, the Alberta Urban Municipalities safe and healthy communities committee, and the St. Albert policing committee.

He said he believes his previous experience in leadership, team building and working collaboratively will serve the community well in the future.

“Serving on council is such a rewarding experience, it was an honour. When you're elected by the majority of the residents, they put their trust in you. And I really believe it's important to continue to give back to community, particularly after this past year.”

While he announced early on in the year, MacKay said he'll start campaigning in the summer. St. Albertans will head to the polls on Oct. 18.