A St. Albert city councillor hopes to one day find out what an entire fleet of quiet, efficient electric buses looks like. Coun.
0
May 18, 2018 12:32 PM By: April Hudson 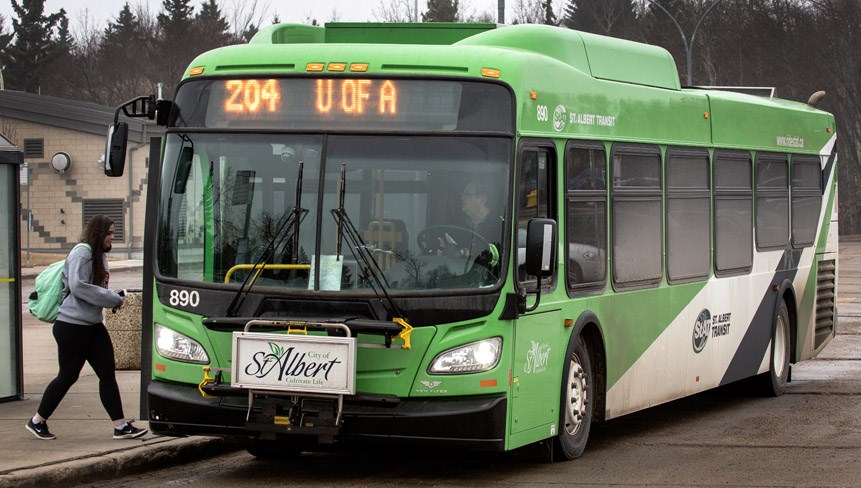 A St. Albert city councillor hopes to one day find out what an entire fleet of quiet, efficient electric buses looks like.

Coun. Wes Brodhead is pushing for a policy to have the city purchase electric buses every time one of its diesel buses reaches the end of its life.

The result would be a cheaper, cleaner transit fleet that doesn't leave people breathing in diesel fumes at the bus stop.

"Power generation is getting cleaner all the time ... and you want to position yourself to take advantage of that. I think that electric buses certainly lead the way," said Brodhead.

"I think it really fits well with the branding of our community, and to me it's the right thing to do."

The city's 60-bus fleet is currently composed mostly of diesel buses, but recently electric buses have become permanent fixtures within St. Albert Transit thanks in part to provincial and federal grants. Three electric buses joined the fleet in May 2017 and four more will be hitting city streets this summer.

Kevin Bamber, the city's fleet and asset manager, told Brodhead on Monday during a governance, priorities and finance committee meeting that he has been considering asking council to make a policy decision to buy only electric buses in the future, although he doesn't have a firm date in mind for when he wants to do that.

He agreed with Brodhead that the budgetary benefits of electric buses are blatant.

"There's definitely cost savings and it's not just in the maintenance portion – it's also in the fuelling portion as well," Bamber said.

Although electric buses cost more up front – sometimes nearly twice the amount of their diesel counterparts – they save the city money in the long run by operating at less cost than traditional buses.

Buses differ in costs depending on their length and the style of bus. The three electric buses the city purchased last year cost $962,000 each.

Numbers from St. Albert Transit put the fuel costs for electric buses at nine cents per kilometre – 80 per cent cheaper than diesel buses. They charge in less than three hours and when running on a full battery can go nearly 300 kilometres on a single charge.

But one of the biggest draws for Brodhead is that electric buses don't belt out diesel fumes as they trundle along from bus stop to bus stop.

"There's a real operational competitiveness to the electric bus model, but more than that it is really around embracing a new technology to address greenhouse gas emissions," he said.

"The reduction in GHGs (is) one of the real benefits of public transit, and it's even more so if you eliminate the curbside emissions now."

But before council looks at an electric-only future for city transit, Brodhead said he wants everyone to understand how the financing of these buses works: they cost more on the capital side, but cost less on the operational side.

Finance director Diane McMordie said although the city can't transfer those savings over to the capital side to even out the cost impacts, it would still be reflected since the operational budget would be reduced.

Brodhead said a clear understanding of the finances would need to be part of the equation for city council to look at a policy.

"Whether there's a movement of dollars or not, there needs to be a general understanding that there is a benefit, irrespective of the premium to buy the electric bus," he said.