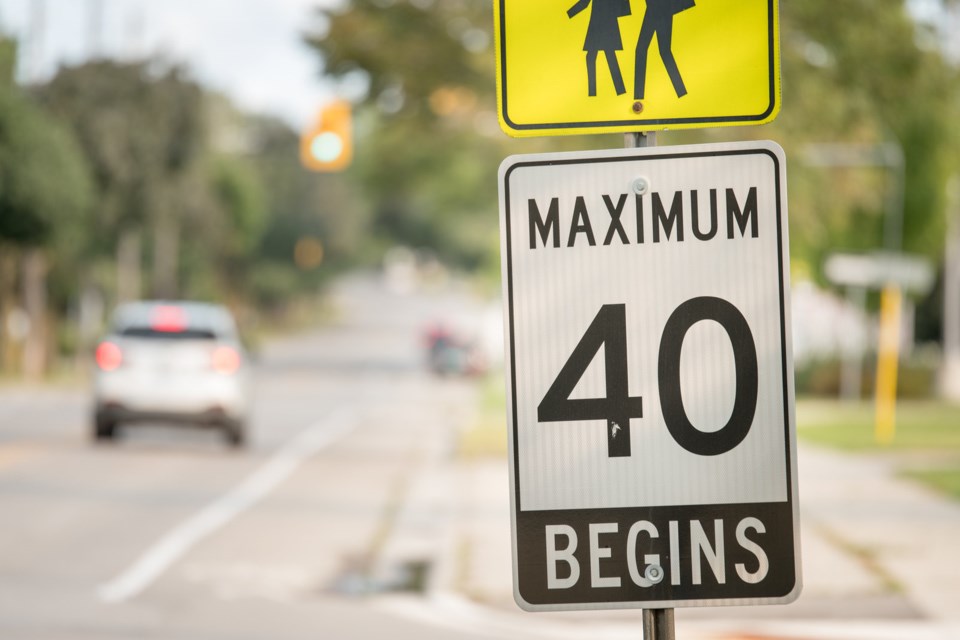 Residents can have their say on proposed road speed changes and playground zones in the city before it comes back to council next year.

The City of St. Albert launched a survey on Sept. 7 to gather resident feedback on several speed limit changes arising from the city’s Transportation Network Speed Limit review done last February. The survey is open until Oct. 2 at 11 p.m.

A virtual townhall is set for Wednesday, Sept. 16 from 6:30 p.m. to 8 p.m. as part of the public participation process.

The Zoom meeting will be moderated by consulting firm Politikos Research with panellists from the city’s engineering services and municipal enforcement departments, and representatives from ISL Engineering, the consultant who did the original speed review.

The survey asks residents if they agree or disagree with the report’s proposed recommendations, with sections to provide more detailed feedback.

What are the changes?

A major change would reduce all neighbourhood roads from 50 km/h to 40 km/h and convert all elementary school zones to playground zones.

The report also recommended setting playground zone hours from 8 a.m. to 8 p.m., and for the removal of playground zones at Atwood Park, Forest Park and Deerbourne Park.

Speed increases are being considered on sections of the city’s major roads from 50 km/h to 60 km/h. This includes parts of Sir Winston Churchill Avenue from Riel Drive to Levasseur Road and from Poirier Avenue to city limits, Bellerose Drive from Evergreen Drive to city limits, Sturgeon Road from Beacon Crescent to Boudreau Road, and Dawson Road from Giroux Road to McKenney Avenue.

Limits on Meadowview Drive west of Ray Gibbon Drive would be increased from 60 km/h to 70 km/h.

Maps of the proposed speed changes can be found on the Politikos St. Albert public consultation website.

Coun. Wes Brodhead, who has been on council for 10 years, said he's looking forward to hearing what residents think of the potential changes.

"I'm looking forward to reading the results of the survey and seeing what the community believes about this," he said.

He hasn't received a lot of feedback so far since the survey launched, he said, but he has heard favourable opinions from Erin Ridge residents after speeds in the neighbourhood were slowed to 40 km/h last year.

The big-picture intent is to make traffic speeds in the city more consistent, he said.

"To me, that's the win here more than anything. Nothing's more irritating than driving down a road, and all of a sudden, you find that you're speeding because there's either a reduction in speed, even though the road dynamics haven't changed, or there's a real slow-down required in certain spots that seemingly don't make too much sense," Brodhead said.

"That doesn't mean that there's no rationale behind them ... but if you're not careful, all of a sudden you're receiving a little letter in the mailbox saying that you're doing 50 and a 30 when you thought you were just driving down the road minding your own business."

Feedback gathered from the survey will be presented to council in January or February 2021 with any proposed amendments. If approved, the changes would come into effect in the summer or fall of that year.

In February, city council set aside $20,000 to hire a consulting firm for public engagement on the proposed changes. Implementing recommendations in the report is estimated to cost $365,000.

St. Albert’s speed review came out of the city’s transportation safety plan, which was adopted in the fall of 2018 and sets St. Albert’s mission to “Vision Zero", which focuses on reducing injuries and fatal collisions on St. Albert roadways.