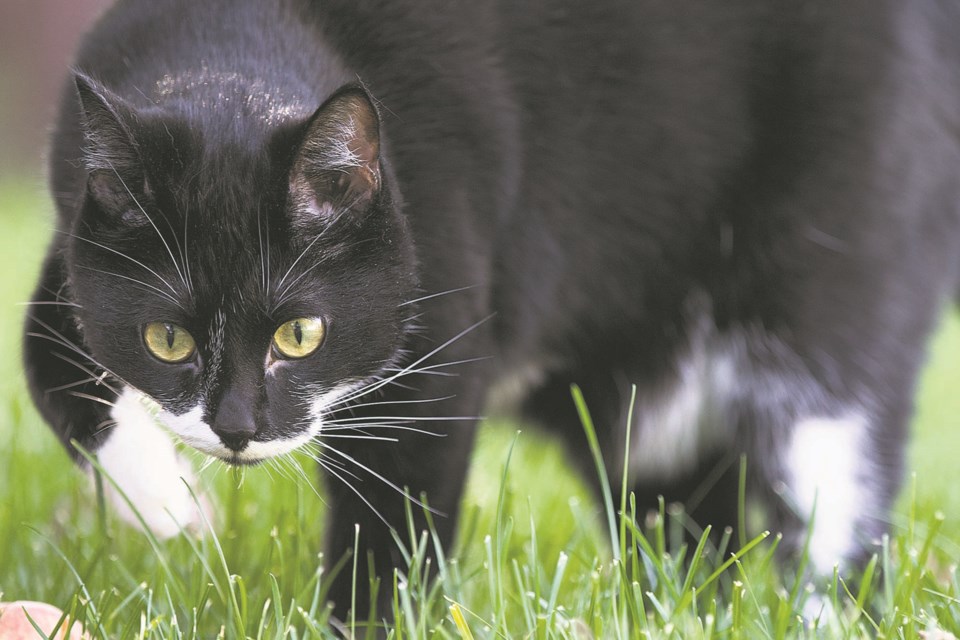 City council discussed bringing in rules for felines this week.

Felines will continue to walk St. Albert streets without fear after city council decided to hold off on any restrictive rules for stray cats until they have more information.

Council had four options presented to them during Monday night’s meeting but opted to go with an increased education and awareness campaign, which everyone acknowledged probably wouldn’t do much good.

This option was the least costly since it could be achieved through existing city resources and budget.

A few residents attended the meeting to advocate for changes to how the city handles strays. Among them was Crystal Theroux-Nielsen, who shared the story of how a stray cat attacked her dog when it was in her fenced-in backyard.

“This cat scratched her eye pretty badly,” she said. “The vet said eye injuries were one of the few cases that are considered an emergency. The vet said she could potentially go blind. My dogs are my family and they are the only family I will ever have. I have a total of three little Chihuahuas and they’re currently not safe in their own backyard.”

This wasn’t the first time Theroux-Nielsen’s dog encountered a cat in her backyard. She explained a similar instance happened five years earlier with a different cat but Theroux-Nielsen was able to scare it away before anything could happen.

She called on council to ensure cat owners are held responsible just like dog owners are.

Unlike dog owners, cat owners do not have to register their pet and there’s no bylaw preventing a feline from roaming free, unlike their canine cousins.

The stray cat debate has been ongoing in the city for some time, but the last time council reviewed the issue was in 2012.

“There are people desperately trying to help St. Albert stray cats but there is literally nowhere for these cats to go for help once they’ve been found or caught,” she said. “It is shameful there is no facility where we can take them to go for help, to aid cats at risk. Dogs are covered, dogs are taken care of, dogs are deemed worthy enough to have a plan.”

The city currently doesn’t have its own kennel for lost dogs but instead has a deal in place with the Morinville Vet Clinic.

The agreement doesn’t include stray cats.

“I don’t know how I could look people in the eye and tell them we don’t have $400 to $600,000 to invest in land to build affordable housing but we do have enough to deal with stray cats,” she said.

“We’ve got homeless people living in the river valley and we have a finite amount of funds. The pockets that each of us has to contribute to the municipal property tax is finite. We want to provide everything for everyone but it comes down to priorities.”

Coun. Ken MacKay did put forward another motion, which passed, asking to bring back other options to deal with strays to the governance, priorities and finance committee meeting by the end of 2020.

The other options council decided not to pursue included a cat licensing program, prohibiting cats from roaming on private property or prohibiting them from roaming on both private and city property, similar to what's in place for dogs. All three came with a cost to the city and would require St. Albert to secure some kind of a kennel contract.

The city also estimated that about 200 to 300 cats would be impounded in a given year, based on what other cities were experiencing.

Fines could have also been anywhere from $100 to $250 but administration voiced some concerns that steep fines may cause some owners not to reclaim their animals.