City's fire leadership has another shakeup

The city still has Bernd Gretzinger in place as fire chief, but according to an email by the city, Vern Elliott is now as acting fire chief.
Jun 16, 2021 2:00 PM By: Jennifer Henderson, Local Journalism Initiative reporter 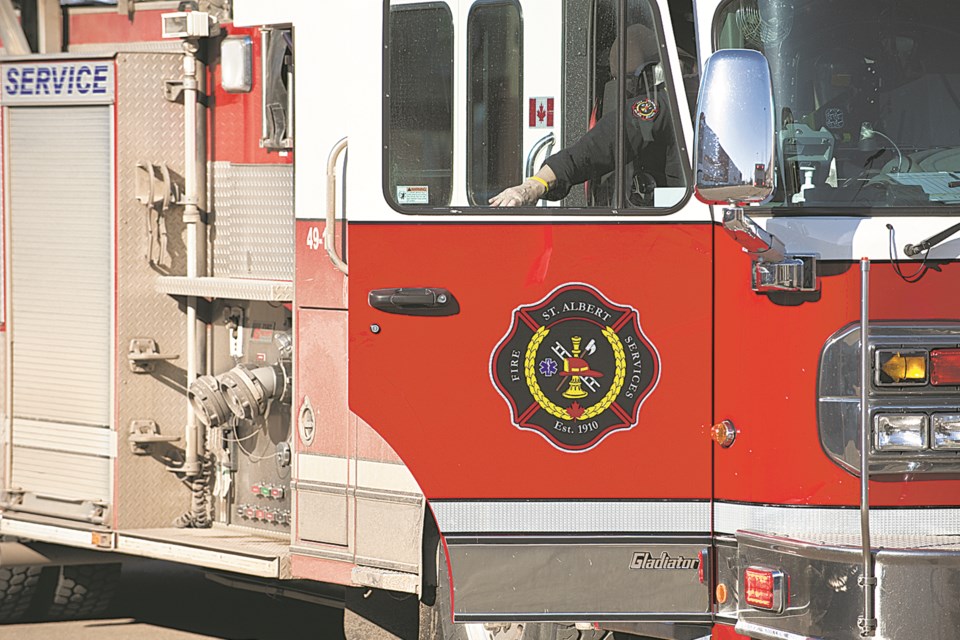 St. Albert's fire department is now under the leadership of its second acting fire chief in a year. FILE PHOTO/St. Albert Gazette

A vote of non-confidence in the St. Albert fire department union has put in place the second acting fire chief in a year.

In May, St. Albert fire service union members passed a vote of non-confidence on acting fire chief Scott Wilde, which has resulted in a shake-up in top brass.

The president of the union representing local firefighters, IAFF Local 2130’s, Warren Gresik, who first spoke with The Edmonton Journal, said the union members voted on the motion that came from the floor.

“We did share it with the employer and that is the last I know,” Gresik said.

Gresik said he didn’t bring the vote to the floor and doesn’t know why the member chose to do so.

The union president said members can only vote, but have no control over who is in charge of the department. Those decisions are up to the city, Gresik said.

According to an email sent by the city, Vern Elliott is now the acting fire chief.

Gresik said so far Elliott has been fantastic in the role.

“He is very progressive, positive, (and) approachable. We've had a really good experience with him being in the position thus far, so I'll give credit where credit is due.  It's been enjoyable,” Gresik said.

The St. Albert fire department has had a rotating door of leadership of the past few months after a scandal within the department regarding vaccinations.

In February, the union received complaints that two of its deputy fire chiefs got vaccinated for COVID-19 while the province and first responders are facing a vaccine shortage.

At the time Gresik told The Gazette the union received complaints in January that two deputy chiefs had received vaccinations that were reserved for front-line workers. Gresik alleged deputy fire chiefs do not regularly respond to calls and are therefore not considered frontline workers.

In February in an email, the city confirmed that Bernd Gretzinger was still the fire chief after the incident, however it was later determined that Wilde was installed in an acting fire chief position.

During the Citadel Fire in early May, Wilde was still acting fire chief, and spoke with the media about the event, which is a job traditionally given to the city’s fire chief.

In response to multiple questions from The Gazette, the City of St. Albert would only confirm the leadership positions in the fire department, with Gretzinger still listed as fire chief.

Vern Elliott is now acting fire chief and a deputy chief, who is covering for Percy Janke who is currently the director of emergency management for COVID-19.

Scott Wilde, who was acting chief for months, is now a deputy chief. Chris Varga, Darrel Bliss and Luke Flowers are all in management positions in the department.

Gresik said it is “atypical” to see a rotating cast of leadership in the department and said he doesn’t know why it is happening.

The president said he doesn’t know what Gretzinger’s duties are right now.