Smaller lots and higher-density developments are in St. Albert's future after city council approved amendments to the city's land use bylaw on Monday.
Feb 6, 2018 12:34 PM By: April Hudson 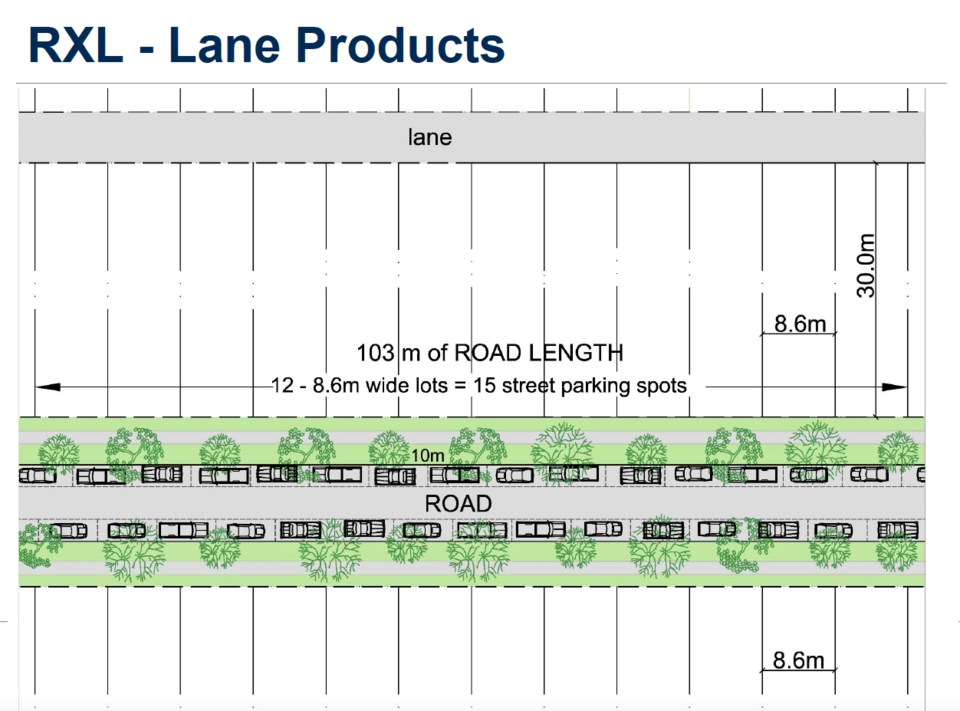 One new residential zoning under St. Albert's updated land use bylaw is RXL, which allows for developments backing onto a rear lane. Prior to this, there were no provisions under the land use bylaw for back alleys.

Smaller lots and higher-density developments are in St. Albert's future after city council approved amendments to the city's land use bylaw on Monday.

City staff and developers urged councillors during Monday's meeting to pass the bylaw amendments in full so they could be implemented in the upcoming construction season.

"Any delay to this will compromise the ability of the development industry to pursue implementation of these within this construction season," said Adryan Slaght, director of planning and development for the city.

He added city administration intends to keep a close eye on the impacts of the changes and would bring any necessary corrections back to council.

More than two years worth of consultation and thousands of hours of city staff time culminated Monday in unanimous votes by councillors to approve all three readings of the updated bylaw. The bylaw was last updated in 2005 but many of its residential regulations have remained unchanged since the 1970s.

Slaght told the Gazette the city is hopeful that the changes work out well.

Three individuals spoke to council during a public hearing on the amendments, including Bryce Milliken on behalf of the Canadian Home Builders' Association, Cheryl Dumont on behalf of the St. Albert Housing Society, and Sue Monson on behalf of the Urban Development Institute. All three were supportive of the changes.

In October, the province approved a new growth plan from the Edmonton Metropolitan Region Board (EMRB) setting out density requirements for St. Albert of 40 dwelling units per hectare – an increase of 10 per hectare.

Slaght said existing statutory plans will be grandfathered in at the densities they were approved for, with examples being Jensen Lakes, Erin Ridge North, Riverside and South Riel. Significant changes to the existing area structure plans would trigger the requirement for higher-density developments.

Lory Scott, affordable housing liaison for the city, said developers could apply to rezone their lands as RX or RXL but may try to stay close to their current densities so they don't trigger an amendment to the area structure plan.

"It doesn't really impact existing areas of St. Albert as much as it will new areas that really haven't even been on the books as of yet," Scott said.

Although councillors voted unanimously to approve the land use bylaw, Coun. Sheena Hughes criticized the fact that the EMRB has created mandated density targets for municipalities, noting she was voting in favour of the bylaw amendments "with great resistance."

"We are now taking away the municipality's ability to govern how it must do its land use bylaw in and of itself," she said.

Mayor Cathy Heron, who was part of the task force to develop the growth plan, said consultants originally suggested St. Albert's density be 45 units per hectare but dropped that to 40 after receiving pushback from some of the members of the task force.

"I just want the public to know we didn't just consider these densities without thought," she said.

"EMRB is not this entity that is imposing. EMRB is us, it's the municipalities, and we made these decisions together."

Coun. Ray Watkins, who is a land developer, said the density targets are a reality and St. Albert has to comply.

"I know that when you increase density, you can reduce housing costs. I know that for a fact," he said, responding to a concern from Hughes that higher density would drive up the price of housing.

"What we're trying to do here is to allow more options and opportunities for the development industry to create a wider variety of housing options."