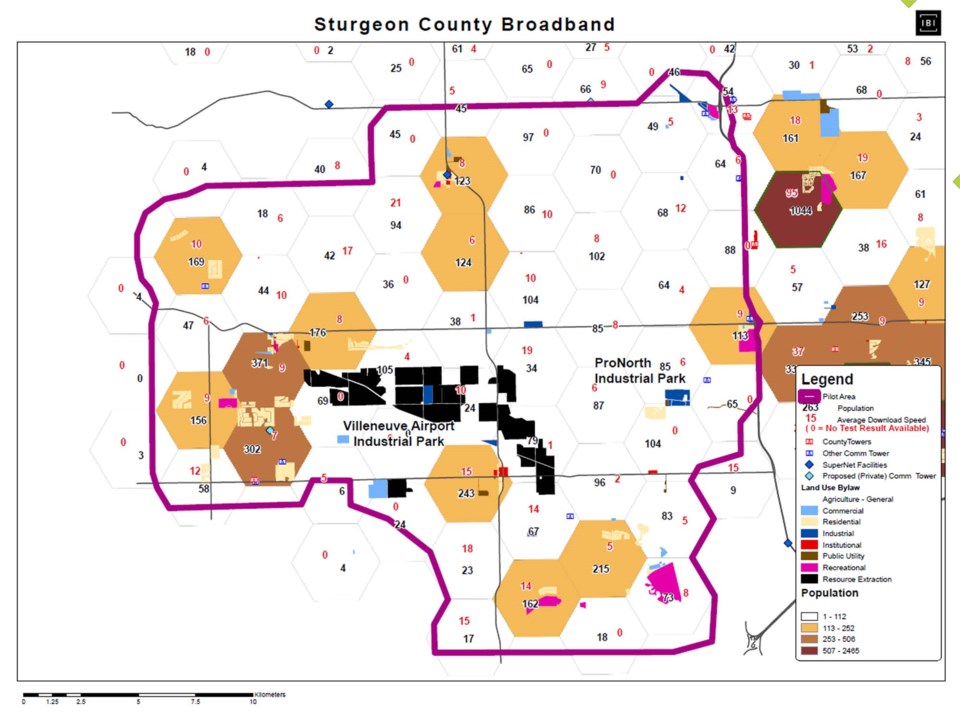 A $7.3-million plan for faster internet is set to touch down in the Villeneuve region next year.

County residents have for many years struggled with poor internet speeds compared to their urban neighbours. A recent broadband speed test found most residents live with download speeds well below 25 megabits per second (Mbps), which is far below the CRTC standard of 50 Mbps.

Some 97.7 per cent of county residents said in a survey earlier this year that home internet access was a very important or essential part of their lives. Most were dissatisfied with the reliability, speed and value of their internet service, with 86 per cent calling on the county to make or consider making direct financial investments to improve broadband speeds.

“Residents see the need for improved broadband services and they want the county to do something to make that happen,” said county corporate services director Jesse Sopko, speaking to council Dec. 8.

County council agreed to invest up to $7.3 million in regional broadband improvements as part of its 2021 budget, which was approved Dec. 8.

Sopko proposed the county start with a pilot project in the Villeneuve region, as it has the population density and low average speeds to benefit from such a project. (A report to council showed that this region contains about 23 per cent of the county’s people and sees average download speeds of about 9.1 Mbps.)

Sopko said the project would see the county sign a cost-share agreement with an internet service provider to improve download speeds in this area. The deal would not call for specific technologies, but would require the provider to meet a minimum speed of 50/10 Mbps (50 for downloads, 10 for uploads) for no more than $115 a month, with potential for greater speeds later.

Council also agreed to lobby the federal government to change the rules for its Universal Broadband Fund – a $1.75-billion fund announced last November meant to improve rural Internet speeds. Administration said the map used to determine which areas were eligible for this fund significantly overstated download speeds in the county, disqualifying them from tapping it.

Coun. Wayne Bokenfohr said he never imagined the pandemic would make the need for high-speed internet so acute in the county.

“Data is the new bitumen,” he said, and better broadband would mean more chances for farmers to roll into autonomous agriculture.

More details on the broadband pilot and possible short-term solutions were scheduled to reach council in January 2021.

U of A solves fireball mystery
Fish Friday: St. Albertans observe Lent
Good morning, St. Albert!
'I miss them a lot' Family torn in half by conspiracy theories