Crystal Mendiuk, who lives in Cardiff, lost her sister, niece and brother-in-law last year during the shooting rampage that took 23 lives. Now, the Sturgeon County resident is bringing a remembrance walk held in their memory back to their home province of Alberta.
Apr 13, 2021 5:40 PM By: Jennifer Henderson, Local Journalism Initiative reporter 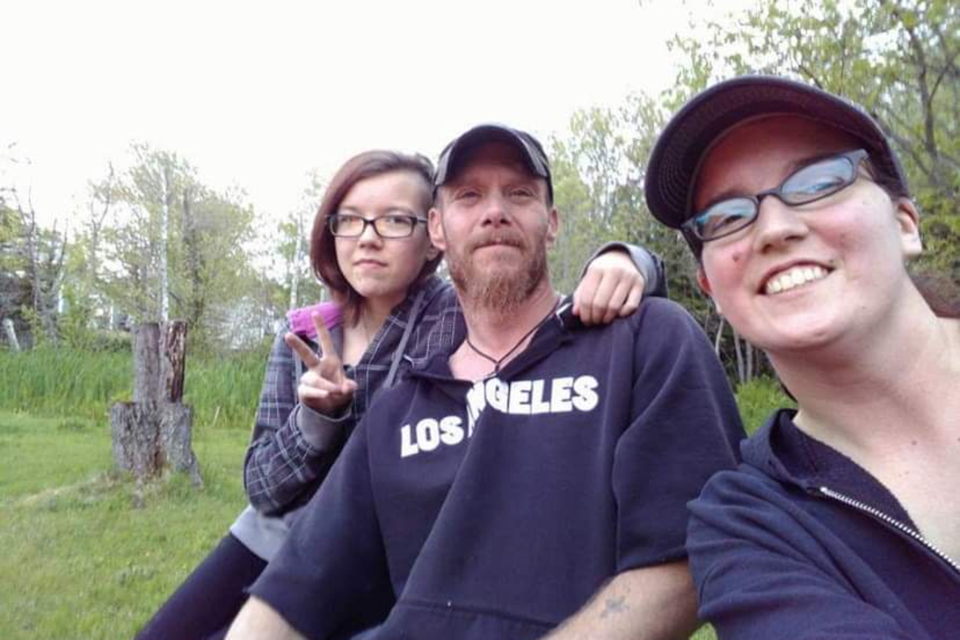 Emily Tuck, left, and her parents Aaron Tuck and Jolene Oliver, were killed in their Nova Scotia home in April 2020 in one of the worst mass shootings in Canadian history.

Crystal Mendiuk wants to make sure the world remembers her three loved ones who were killed in Nova Scotia last April during a shooting rampage that took 23 lives.

On the one-year anniversary of their deaths, Mendiuk will be hosting a walk to remember them.

Losing her family in such a high-profile tragedy has been difficult, as Mendiuk is constantly reminded of the loss through unfolding news since the event, but she is also grateful the world got to see how amazing her family was.

“The world now knows how wonderful my sister was, and how great my niece was, and how loving my brother-in-law was. The world maybe got to know them a little bit and by everybody knowing them a little bit, it's going to make sure that they are remembered and the memory of them is continued on a bigger level,” Mendiuk said.

Jolene was born and raised in Alberta; Aaron moved to Alberta when he was a teenager. The two had Emily and lived most of their lives in the province. When Aaron Tuck’s parents fell ill around five years ago, the only child and his family moved back home to help care for them. After his father passed away, the trio moved into his house in Portapique, N.S., which backed on to the Bay of Fundy.

Jolene loved being near the ocean, her sister said. The trio were isolating in their home because of the risk of a COVID-19 infection with a health condition, and were loving spending time together.

“They would walk and they would pick shells and they loved nature, loved being outside and just loved being together,” Mendiuk said.

“Jolene and Emily were Aaron's entire life. He loved those two girls. There wasn't anything that he wouldn't do for his girls.”

Jolene, who cared deeply about her family, would always send a thoughtful text or schedule a phone call with her loved ones out in Alberta just so they knew she was thinking of them.

“She was one of the most kind-hearted, positive people that I had ever known. With every hardship and misfortune, she remained true and positive about life. She was always looking for and finding the bright side of things,” Mendiuk said of her younger sister.

“She made sure to have fun in whatever she was doing. She laughed lots and loved hard.”

And after landing in Nova Scotia, Emily, 17, was finding her passion in life. The teen wanted to take after her father, who spent time working on vehicles, and she got into a trades program for women where she planned to do welding. Emily also tried her hand at carpentry and mechanics, and loved spending time with her dad on their shared interests.

While Emily was a passionate tradesperson, she was also a gifted fiddler, and a video of her playing the fiddle that she posted to the popular “Ultimate Online Nova Scotia Kitchen Party” Facebook page went viral after she passed away.

Mendiuk said her niece had a knack for the instrument coupled with a passion to play.

“She was very unique. I would even say in some of her little idiosyncrasies, she was somewhat on the eclectic side,” Mendiuk said.

Knew something was wrong

As the news of the mass shooting poured out of Nova Scotia, Mendiuk tried to remain positive.

“It was an extremely long, excruciatingly painful day,” Mendiuk said.

Once Mendiuk saw the death toll from the incident jump by three, she knew she had lost all three of her loved ones. Just minutes later, the official phone call came in from the authorities that her family had been killed.

The year that followed didn’t get any easier for the family that remained.

“It’s probably the most difficult thing I've ever had to go through up 'til this point,” Mendiuk said, adding they couldn’t go out to the east coast until the summer due to COVID-19 restrictions.

The family still has moments of disbelief the three are gone, Mendiuk said, and with all the media coverage of the event it has been hard to heal.

“It's like having a scab on your wrist or on your knee and once a week, it gets picked open. So it's taking things a lot longer to potentially heal because every time you turn around, the wound has been opened again,” Mendiuk said.

But through the pain, Mendiuk is determined to help the world remember her sister, niece and brother-in-law.

A remembrance walk and run is being held in Nova Scotia this weekend to honour those lost in the attack, and Mendiuk wants to make sure her three Alberta relatives are also honoured in their home province.

Between 11 a.m. and 2 p.m. on Sunday, April 18, Mendiuk will host her own five-kilometre walk in Cardiff Park in Sturgeon County. All of the proceeds will go toward the Nova Scotia Remembers Legacy Society’s Memorial Build Fund that will establish a permanent memorial in memory of the 23 lives that were lost.

Mendiuk has set up a virtual event where participants can register online and virtually walk in honour of the victims.

For more information, visit www.raceroster.com and search for Cardiff Park.