Digital eye strain: your child could have it 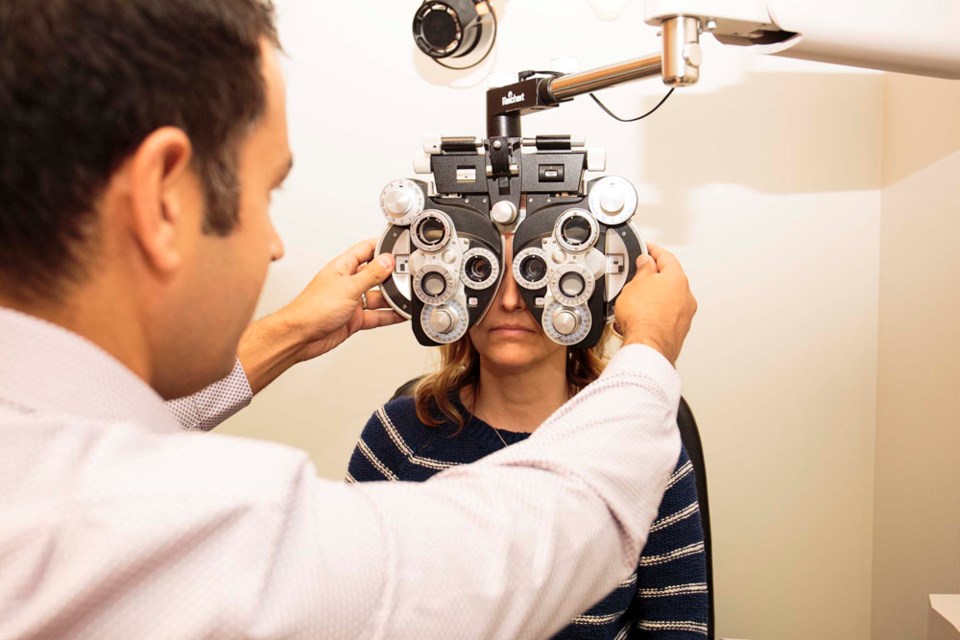 If your child is having a hard time reading and is exhibiting learning difficulties, a trip to the optometrist might be in the books.

A study commissioned by the Alberta Association of Optometrists found that with the rise of the digital era children are experiencing a new set of eye problems: digital eye strain.

“We’re noticing a strain on vision when people are spending more than two hours on a device, especially up close,” says local optometrist Dr. Aaron Patel.

Parents who completed the survey reported that, on average, their elementary school-aged children spend more than four hours a day on their device. That amount of time nearly doubled for teenagers.

Previous to mobile devices, optometrists were noticing computer vision syndrome, a condition caused by staring at computer screens too long.

But with tablets and iPhones in nearly every household and pocket, parents are being warned that their children could develop digital eye strain.

Patel says digital eye strain is partially caused by overworking the muscles in the eyes.

“Depending on the prescription, when a person is looking at something far away, the eye doesn’t typically put an effort in,” he says. “But when you look at something up close you have to contract a muscle inside of your eyes, and that’s what allows you to focus.”

The muscle in the eye is designed to look at things up close only for short periods of time. Staring closely at a screen for long periods of time puts strain on the muscle, resulting in blurred vision.

Additionally, Patel says people generally blink about 12 times a minute, but when they’ve been looking at a device for a while, blink rates reduce to about five times a minute.

“The short term impacts are the fatigue that the eyes can feel from the lack of blinking and the stress of looking usually quite closely at a screen,” he says.

Long-term, the high-intensity blue light emitted from screens could cause damage to photoreceptors in the eye.

In order to protect the eyes, Patel suggests following a 20-20-20 rule.

“Every 20 minutes we want people to take about a 20 second break and try to look 20 feet away, it’s kind of like shaking out those muscles in the eye.”

He adds that the amount of time needed for people to look away could vary depending on the level of strain, and suggests taking a trip to the optometrist to get it right.

“When you consider that around 96 per cent of teenagers and about 75 per cent of elementary school-aged children have at least one digital device, we’re noticing this more and more,” he says.

Mistry says right now is the best time for children to get an eye exam completed.

“If we see any eye strain or difficulty with reading we can pinpoint it early and start protecting them now,” he says, “before they start experiencing these symptoms in school and before it affects their learning.”