Viewing this year's Edmonton International Film Festival will be as easy as turning on your TV, after Edmonton-based Super Channel stepped up to make sure that films reach as many people as possible. The popcorn is up to you, mostly, though.
Sep 3, 2020 8:00 AM By: Scott Hayes 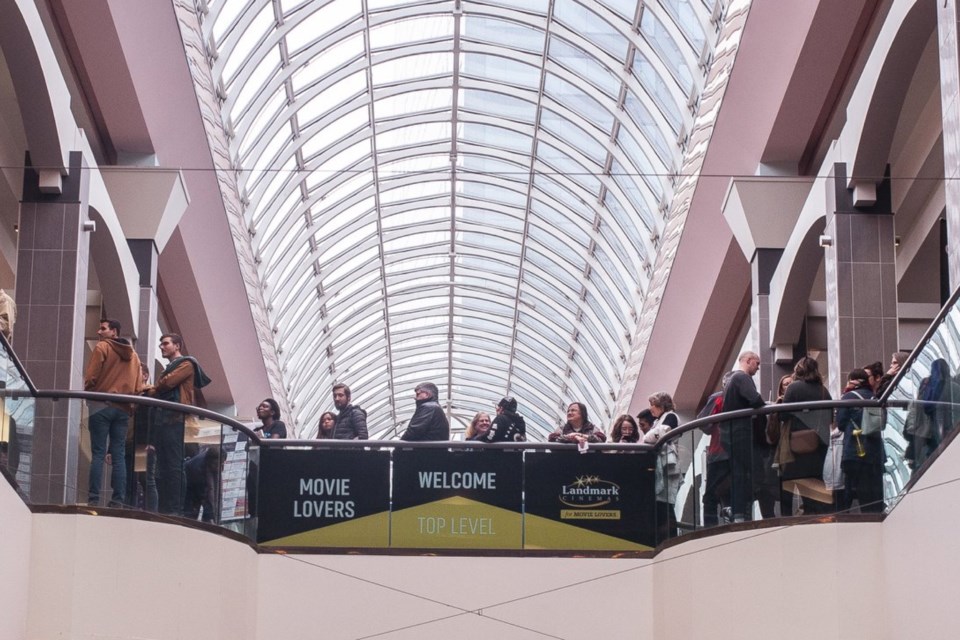 EIFF/Photo EIFF 2019, scene 1, take 1: lineups for the 2020 Edmonton International Film Festival will be much different than they have been in the past. EIFF has partnered with Super Channel for screenings of select feature and short films starting in October.

The big screen is moving to the small screen, and that means great things for the Edmonton International Film Festival (EIFF). Typically, the fest would host a slate of cinematic wonders at Landmark Cinemas in downtown Edmonton. This year, it has partnered with Super Channel, where a selection of those marvelous features and shorts will run virtually from Oct. 1 to 10.

That means subscribers all across the country will have access to view the works.

Don McDonald, president and CEO of Super Channel, explained he was simply taking his cue from how things worked out with the Canadian Film Festival, which had to cancel at the last minute before the curtains were set to part in the spring.

“Everything was done. Programs were printed; everything was all set to go. About a week before the festival was supposed to start, the orders to shut down and close came. They were totally in a real pickle. (A filmmaker) said, ‘Would you consider wanting to air some of the movies on Super Channel? I said, ‘That's a great idea but I want to do it like a festival.’”

After that was a smooth success, it was time to head home.

“We started looking around. I said, ‘We're here based in Edmonton, and we have an Edmonton International Film Festival. Why don't we contact them and see what their plans are?’ Surely, we don't know what things are going to be like in the fall.”

An agreement was struck where the 2020 EIFF is going to have a hybrid approach with films that will be shown on Super Channel Fuse from Oct. 1 to 10. Other films will still be screened at the Landmark Centre Cinema in downtown Edmonton.

More than a dozen feature films will get a linear only limited run, and viewers will be encouraged to see them while they can and experience them festival-style during their broadcast. A selection of international and Canadian short films will be interspersed into the broadcast schedule as well.

“2020 is certainly a remarkable time in the world, and the creative synergies being forged are quite beautiful to watch,” said Kerrie Long, EIFF’s executive director, in a prepared statement.

“We are excited to weave our brand into the Super Channel fabric and re-envision what our festival will look like this year and into the future. To know that movie-lovers across Canada will be able to experience ‘a slice of EIFF’, discover cinematic storytellers and experience new perspectives of the world – makes our hearts bigger.”

The full festival lineup hasn’t yet been announced. Film lovers should pay attention to edmontonfilmfest.com for details as they come.