One local farm family is speaking out against the repeal of the NDP’s farm safety bill.
Dec 24, 2019 3:00 PM By: Jennifer Henderson, Local Journalism Initiative reporter 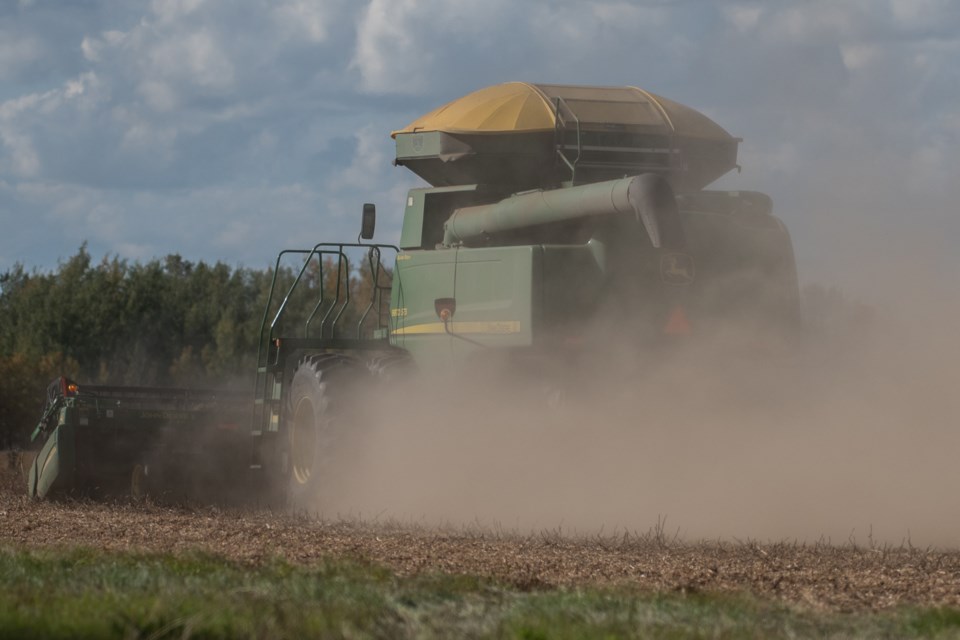 One local farm family is speaking out against changes the government recently made to farm safety rules.

John and Jenny Bocock, who own a farm just a few kilometres north of St. Albert, said the original Bill 6 installed by the NDP government helped protect both farm workers and owners. In November, Agriculture Minister Devin Dreeshen announced the government would be rolling back that bill and replacing it with the Farm Freedom and Safety Act, which will change employment standard rules for most farms in the province.

The Bococks say while there are many great farm employers, there are some that need the regulations that were in Bill 6.

“There are good employers, but ... Bill 6 was to protect workers from bad employers,” Jenny said.

The Bococks have been a farming family for decades with the now 78-year-old John having started working on the farm at just seven years old when the Second World War broke out and the country was desperate for domestic labour. Jenny grew up on a farm in England and spent time on a little orange ranch in California before marrying John and working on the family dairy farm.

Jenny said they have farm workers who come work on their farm and share their bad experiences with past employers. The Bococks have heard stories of workers getting let go when they get an injury, staff being paid less than minimum wage and workers not knowing whether they will get holiday time until just days before.

The Bococks said one important piece of Bill 6 was making it mandatory to have Workers' Compensation insurance on the farm rather than private insurance.

The Bococks are aware of another dairy farm that doubled the size of its dairy herd but still wouldn’t pay employees any stat holiday pay and didn’t have employees covered by insurance until Bill 6 was introduced.

The Bococks said Workers' Compensation is also a benefit to farm employers, who could end up in court if someone gets injured on their farm and may even lose their farm trying to pay for compensation for the hurt employee.

“There have been farmers who've lost their farms when the workers have sued them because they haven't been covered by (workers') comp,” Jenny said.

The family switched over to Workers' Compensation some 15 to 20 years ago and said their coverage has been much better since then.

The couple said farming is a dangerous job and it's already hard to attract employees. Jenny said it is still hard to find workers to come out and work on farms despite the fact that the unemployment rate is high in the province.

According to the Canadian Agricultural Human Resources Council, job vacancies in 2018 cost farmers nearly double what they did in 2014.

The study also forecasted that labour requirements are expected to grow over the next 12 years and projected a labour gap of 123,000 people by 2029.

At November's announcement in Sturgeon County of the law changes, many farmers attended to speak in favour of the changes. Many expressed frustration with Bill 6 and said it was introduced without consultation with the industry. Farmers also wanted to keep their private insurance and not have to switch over to Workers' Compensation.

One farmer outside of St. Albert, Walter Tappauf, said the safety regulations put in place by the NDP were unrealistic and extremely expensive for farmers. Tappauf said in November that Bill 6 hit ranchers hard because their entire workplace fell under strict rules similar to a construction site, making it difficult to operate under those conditions.

Under Bill 6, all paid farm workers, excluding family members, needed WCB coverage. Now with the new changes, only farmers with six or more employees (who would be considered agriculture producers) would need to abide by that rule and small farms would get an exemption.

But Jenny Bocock noted around 70 per cent of the farms in the province are small farms with fewer than six employees and will be exempt from the legislation, leaving most workers in the province not being properly protected from bad employers.

Under Bill 6, farmers also had to abide by rules around minimum wage, banked overtime, leaves, record keeping and termination notices, but under the new regulations small operations of five or fewer employees are exempt.