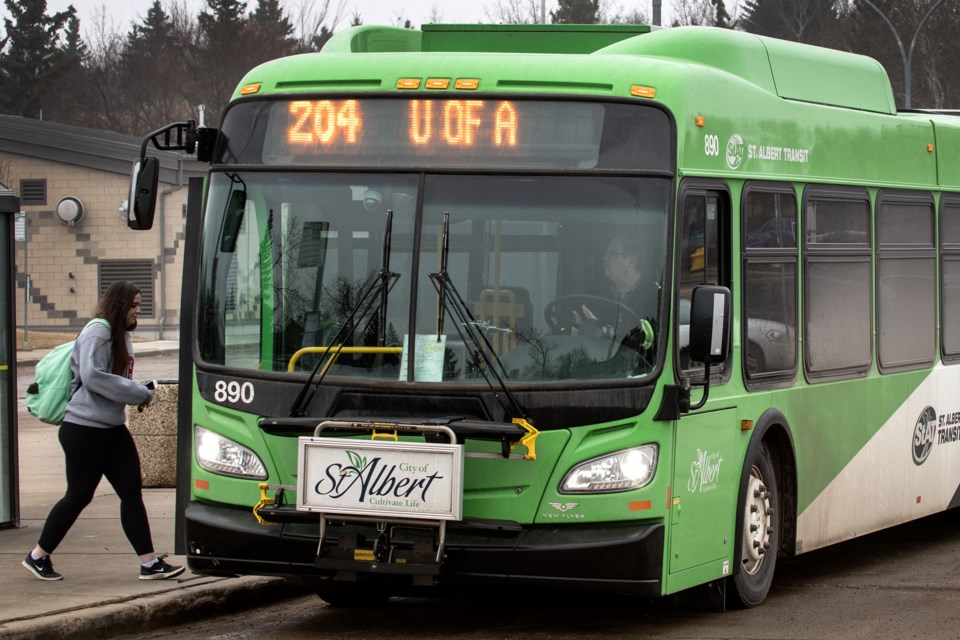 St. Albert Deputy Mayor Ken MacKay says relief money from the federal and provincial governments is a good start to help the city recover some of its losses from COVID-19.

The agreement includes funding to help offset some of the lost operating revenue municipalities are facing, including for public transit.

“I believe it recognizes that municipalities are responsible for leading the recovery efforts on the ground. We’re the front-line service providers,” MacKay said.

“Going forward, I think that this was a promising start, and but the devil is always in the details.”

To access the funding, each province and territory will need to outline how they will invest these funds, according to a press release.

Municipalities are waiting to hear how much they will receive and how the money will be dolled out. MacKay said he is "cautiously optimistic" St. Albert will get its fair share.

The city has sustained significant revenue losses and unexpected costs because of the pandemic. These include costs from reopening some city facilities like Servus Place, deferring property and utility charges, and revenue losses from public transit.

“There's a realization that Calgary and Edmonton have much, much larger transit systems than we do, but we are a major player in the Edmonton Metropolitan Region and I would hope we would get our fair share of that money,” MacKay said.

The city has upgraded safety measures on public transit by installing barriers and handing out face masks provided by the province in the hope it will help residents feel safe getting back on the bus. Some residents have reinstated their memberships at Servus Place since it reopened on July 20 as well.

But how much revenue the city is able to recover all depends on how ready residents feel to come back, MacKay said. Even then, budgetary shortfalls will likely have a long-term effect.

“We’ve implemented a number of processes to make it as safe as possible, and we’re constantly adapting those processes, but it really comes down to the items out of our control,” he said.

“There are going to be finances that we will not recover. I mean, we're just not going to get that back. This will offset some of that, but we will not get everything back.”

The province has identified up to $500 million for municipal infrastructure, which is expected to be matched by Ottawa. But the details have yet to come out from the federal level, Morishita said.

“That was very unfortunate because we thought the federal government really dropped the ball there, they should have been on top of it earlier,” Morishita said.

Federal money should be coming directly to municipalities without having a matching requirement, given the amount the province has already put in, he said. However, AUMA remains hopeful municipalities will be able to use the funds to relieve their most pressing budget woes.

“We're just hoping that the system that's used to distribute the money is fair to members and that it goes to where the most need is,” he said.

St. Albert Mayor Cathy Heron was not available for comment.