Fighting climate change on the farm

U of A scientists will study new ways to stop climate change this summer at a farm just north of St. Albert with the help of a federal grant. Federal Agriculture Minister Lawrence MacAulay announced $3.
Apr 26, 2017 12:00 AM By: Kevin Ma 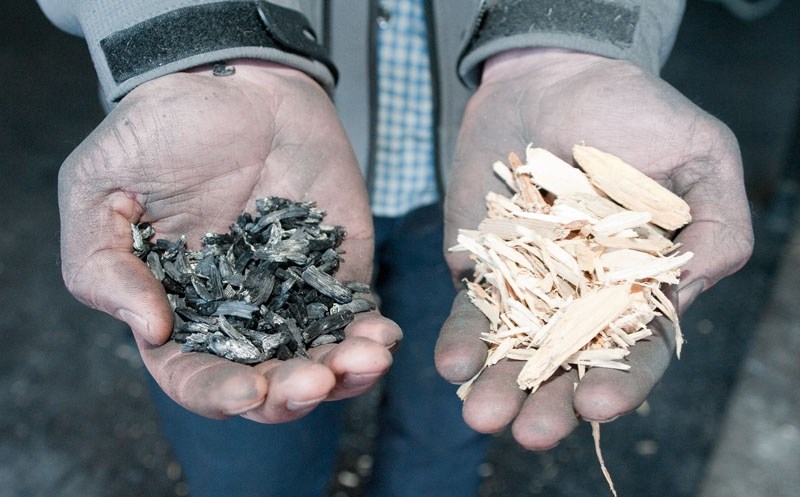 TESTING IN PROGRESS – U of A researchers plan to test the effects of biochar on tree growth along shelterbelts this year to see if it can help farmers trap more carbon in the soil. The research is backed by a $3.76 million federal grant announced last week.

U of A scientists will study new ways to stop climate change this summer at a farm just north of St. Albert with the help of a federal grant.

Federal Agriculture Minister Lawrence MacAulay announced $3.7 million in grants for researchers at the University of Alberta last Friday. The grants are part of the federal Agricultural Greenhouse Gases Program and are meant to create practices and technologies farmers can use to reduce carbon emissions.

"Farmers have a key role to play in feeding the world and saving the planet," MacAulay said, and have already taken significant steps to reduce greenhouse gas emissions associated with wheat and beef production.

Agriculture accounts for about 10 per cent of Canada's greenhouse gas emissions, reports Environment Canada – equivalent to the annual emissions of about 7.7 million homes or 21.2 coal power plants for a year, the U.S. Environmental Protection Agency estimates.

The grants will help three U of A researchers study ways to improve the carbon-storage capacity of soil in Canada. Some of their research will take place on the U of A's experimental farm north of St. Albert.

Mark Boyce, a professor of ecology at the U of A, received $2 million to study how grazing practices affect carbon storage.

"Grasslands store an amazing amount of carbon," he said, and can hold onto it safely for thousands of years.

"There are places on my farm where the black soil profile is as deep as I am tall," he said, and that's all stored carbon.

Boyce said his team plans to have 60 ranches across the Prairies test different grazing systems starting this May. Half will let cows eat where they like, and half will use adaptive multi-paddock grazing, which is where cows are made to eat all the plants in one small area before being moved to another.

U.S. research suggests that adaptive multi-paddock grazing creates more diverse grasslands as it keeps the cows from eating just the plants they like, Boyce said. For reasons that aren't fully understood, this results in more carbon stored in soil.

Boyce said his team hopes to find which grazing technique stores the most carbon in Canada within three years, which will result in protocols farmers can follow to claim carbon credits.

Soil science Prof. Guillermo Hernandez Ramirez will use his $1.07 million grant to see if perennials can replace annual crops in Alberta.

"Every year, farmers go to their fields and seed their crops and harvest their crops," Hernandez Ramirez said.

He and his team believe that perennial crops, which you plant once and harvest many times, could substantially reduce the amount of fuel, fertilizer and seed farmers need to grow cereals. Perennials also have more developed root systems than annuals and could store more carbon underground. However, no one has tested these crops to see if they can match conventional ones for productivity.

Hernandez Ramirez said he plans to test perennial wheat, barley and rye crops at sites such as the U of A farm to see how they perform in Canada.

U of A soil scientist Scott Chang is doing two experiments with his $690,000 grant, both of which involve shelterbelts.

Shelterbelts were introduced to prevent soil erosion, but it turns out that the trees in them are also really good at putting carbon in the ground, Chang said. His team hopes to take 12 shelterbelts, some of which may be at the U of A farm, and see if adding a more diverse array of trees and shrubs to them enhances their carbon-catching capability.

In a related experiment, Chang also plans to seed the dirt next to these shelterbelts with manure and biochar to see what happens. He predicts that these two measures should boost local carbon storage by 10 per cent, cut methane emissions in half, and enhance soil fertility.