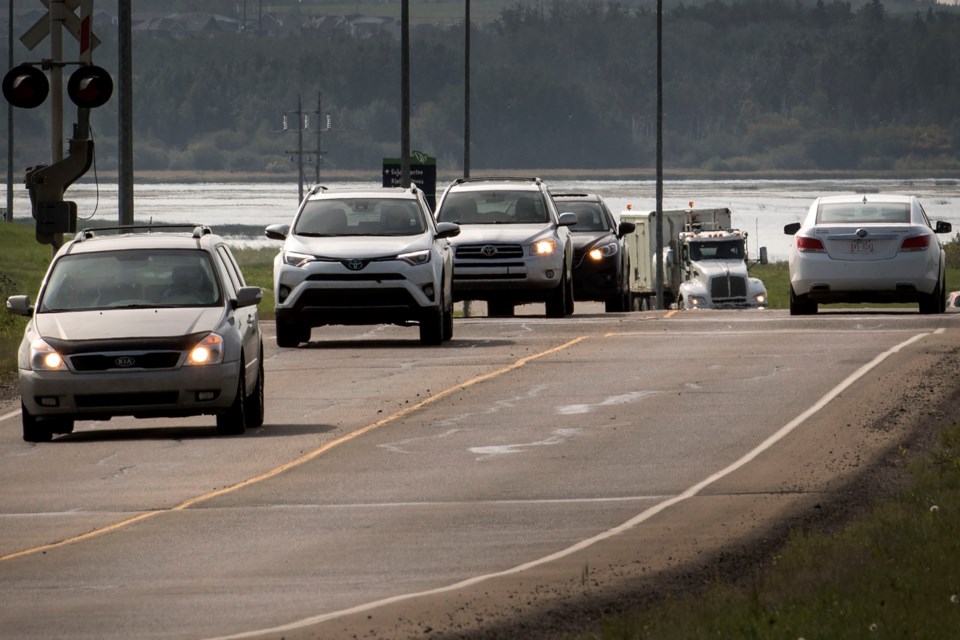 St. Albert has officially given the green light to spend up to $36.6 million for twinning Ray Gibbon Drive, and shovels are expected to be in the ground next spring.

On Monday, city council unanimously passed second and third reading of a borrowing bylaw that would allow the city to take on $36.6 million debt for up to 20 years to finance its portion of the twinning project.

That would bring the city’s total debt up to roughly $104 million – including borrowing $26 million for work on the north St. Albert Trail corridor, which was approved in April.

If the city borrows the full amount, St. Albert’s debt will sit at just over 66 per cent of the city’s self-imposed limit of about $150 million, and well below the amount allowed by the Municipal Government Act, approximately $300 million.

In February, the provincial government committed to evenly cost-sharing the $54.2-million project to twin Ray Gibbon over 10 years, with St. Albert front-ending the first five or six years before seeing any provincial dollars.

Council passed both readings of the borrowing bylaw within the first four minutes of Monday’s council meeting, with no discussion around the table.

Mayor Cathy Heron said in an interview twinning Ray Gibbon Drive was a number one priority in the 2017 municipal election, and making it a four-lane roadway over the next 10 years will not only reduce some of the bottlenecking occurring on Ray Gibbon, but also relieve some pressure on St. Albert Trail.

“Research has shown that those two are interconnected, so the improved traffic on Ray Gibbon Drive probably relieves some pressure on the Trail,” she said.

Heron added it is noteworthy there was no public feedback on the borrowing bylaw, indicating public support for the project.

The new UCP government has verbally committed to follow through on the cost-share agreement, but Heron said nothing has been put on paper.

“Nothing in writing, just a very strong legal agreement that we had drawn up before the election,” she said, adding the city got verbal confirmation from Morinville-St. Albert MLA Dale Nally the commitment would be honoured.

“Regardless of who’s in power, we have an agreement with the province,” Heron added.

When asked for an update from Alberta Minister of Transportation Ric McIver, his press secretary Brooklyn Elhard responded in an email with what McIver has said on the subject previously.

In the statement, McIver says the province realizes the importance Ray Gibbon Drive has for interconnectivity in the region.

“We are reviewing our capital plan projects to make sure that highest priority projects are approved and tendered without delay," McIver stated.

"This project will be considered alongside other capital projects across the province in preparation for a budget this fall.”

The twinning project is broken down into four phases and the city’s 10-year capital plan has $7.9 million earmarked in 2020 for the first year of construction, which is from the city’s southern limits up past LeClair Way.

Construction of the full project, including a section 300 metres north of the future Fowler Way, is set to be complete in 2029.