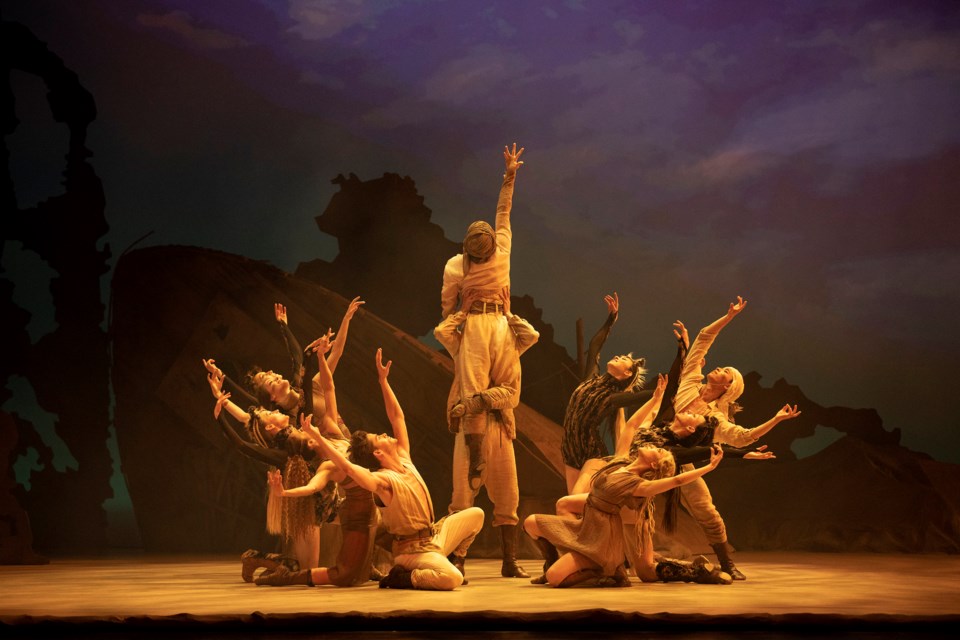 Alberta Ballet is one of four performing arts companies in Edmonton that have postponed their new season. Above is a photo of Alberta Ballet's 2018 Tragically Hip inspired All of Us that will showcase in Aug. 2021. PAUL MCGRATH/Supplied photo

On Tuesday, Premier Jason Kenney gave Albertans the green light for the second phase of reopening from the COVID-19 shutdown.

The second phase includes a wide range of reopenings, such as theatres, instrumental concerts, community halls, libraries and more.

Within hours, four Edmonton performing arts organizations issued a joint statement postponing the start of their new season until 2021.

The statement was on behalf of the Citadel Theatre, Alberta Ballet, Edmonton Opera, and Edmonton Symphony Orchestra & Winspear Centre.

“Collectively we have reviewed the relaunch strategy and considered the health and well-being of our patrons, artists, team members and audiences. We believe that the most mindful course of action is to postpone the launches of our respective new seasons until 2021," stated the organizations.

“What we have come to accept is that the public ban on large indoor gatherings will likely continue for many months to come, and that it will not be possible to schedule any of our regular programming prior to 2021.”

Organizers are also exploring ways to offer a digital form of The Christmas Carol, the metropolitan region’s most popular winter show. It typically runs in November and December.

Annemarie Petrov, president of the Edmonton Symphony Orchestra and Winspear Centre for Music, wrote that the arts organization’s plans are still under discussion and would be announced in September.

“We are still in uncharted territory and you have stayed with us throughout these last few months,” Petrov stated.

“Despite the challenges of the past several months, we’re committed to pulling out all the stops to bring opera lovers three beautiful productions that showcase the very best voices that Canada has to offer,” says Tim Yakimec, the company’s general director.

Given the unsettling times and need for precautions, Alberta Ballet plans to kick-start its next season showcasing Swan Lake in May 2021 and Peter Pan in July 2021. It closes in August 2021 with artistic director Jean Grand-Maitre’s 2018 choreography of All of Us featuring the music of The Tragically Hip.