Gazette hauls in an armload of AWNA awards

The Gazette offers top-notch journalism as evidenced by the recent AWNA Better Newspapers Competition. Along with a number of writing, photographic, and creative awards, the Gazette also took top spot in its circulation category for Best Overall Newspaper.
Jul 7, 2020 8:00 AM By: Scott Hayes 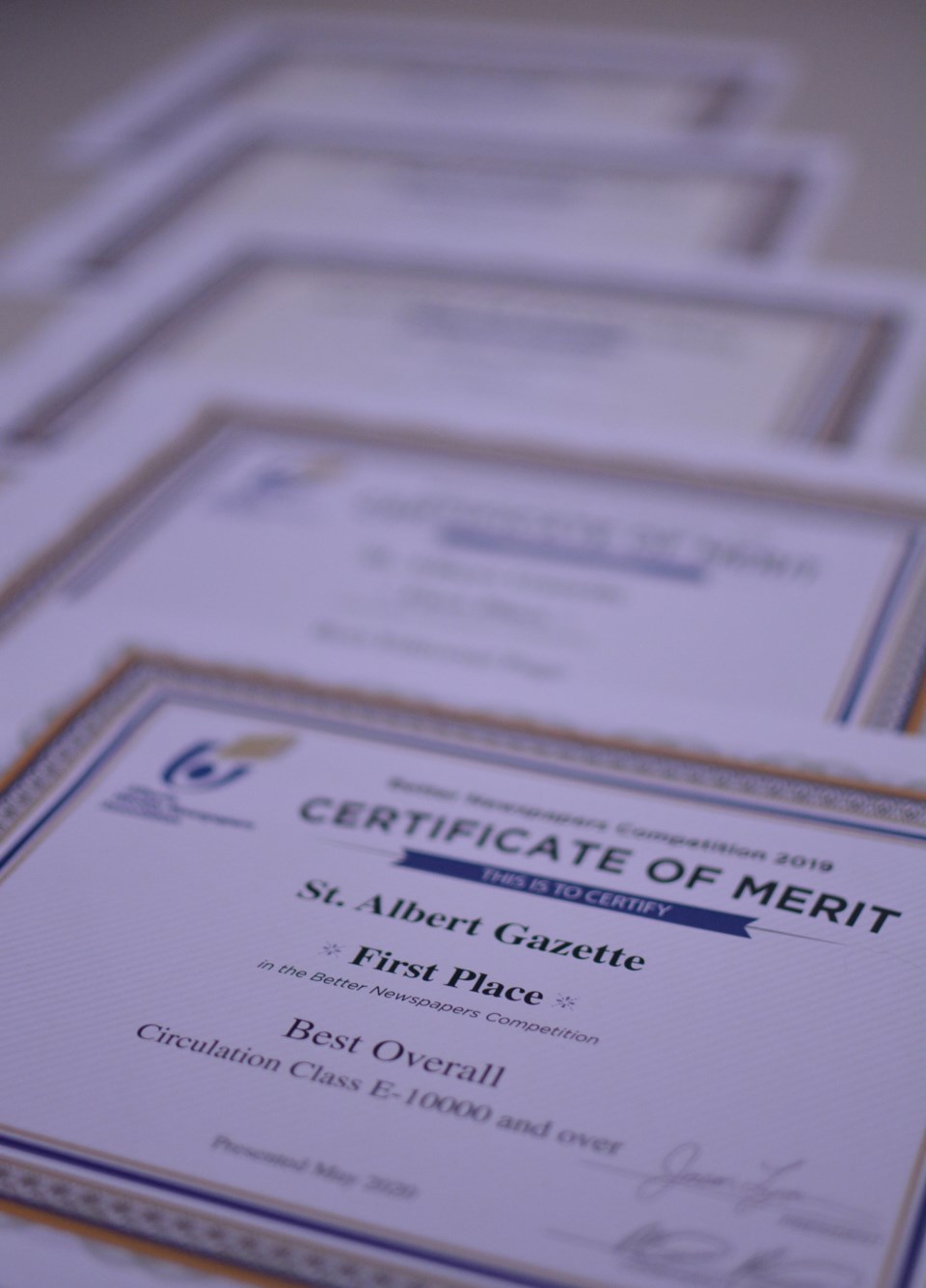 The St. Albert Gazette came home cradling a heaping armload of trophies from the recent 2019 Better Newspaper Competition Awards of Excellence handed out by the Alberta Weekly Newspapers Association (AWNA) in late June. Among the numerous accolades was the Golden Fleece itself: first place for Best Overall Newspaper – Class E (circulation of 10,000 and up).

“It’s always humbling to be recognized by our peers for the work we do. Our team puts in a first-rate effort every day to serve our community. We take our role of informing our readers very seriously, and the entire staff at the Gazette deserves credit for their continued commitment to quality journalism,” stated Brian Bachynski, publisher of the St. Albert Gazette and president of the Great West Newspapers Limited Partnership.

The Best Overall Newspaper prize was only the icing on the cake in the General Excellence category, whereas first place for Best Editorial Page, second place for Best Sports Section, and third place for Best Front Page provided a large part of the proverbial cake itself.

Along with those, the proof of the Gazette’s top-quality journalism was evidenced with numerous other writing, photographic and creative advertising awards, including:

For the first time ever, the Gazette was also a finalist for a National Newspaper Award, for Dan Riedlhuber in the Feature Photo category.

The AWNA is a not-for-profit trade association that works to demonstrate and promote excellence in the nearly 100 member newspapers throughout Alberta and the Northwest Territories that cumulatively boast a circulation of more than 630,000. It celebrated its 100th anniversary in 2020.