Got a license for that drone? 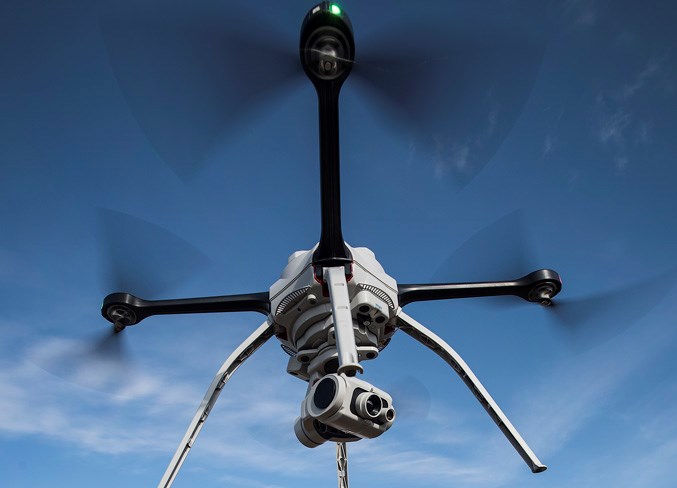 NEW RULES FOR DRONES — Drone operators will soon have to get a license to fly in Canada under new regulations for unmanned aerial vehicles announced earlier this month by the federal government. The rules, which kick in this June, require all pilots to pass a test and register their drones before they can fly them.

Drone pilots will need a license to fly as of this summer under new rules tabled by the federal government – but they’ll be able to do a lot more in the skies once they have one.

Canada’s current rules for drones are a patchwork. Commercial pilots need detailed special flight operation certificates, while recreational ones have to follow a handful of rules that govern where and how they can fly.

That’s led to a lot of inexperienced pilots flying drones irresponsibly, putting people and planes at risk, said Warren Duckering, safety and regulations chairperson with the St. Albert Aeromodellers Society. Transport Canada reports that it saw a 200-per-cent jump in drone-related incidents from 2014 to 2017 (from 41 to 136), some of which involved risk to planes and people.

“We have to ensure the safety of people,” Duckering said.

Special flight operation certificates are supposed to be for one-off events like airshows or vintage flights, not ongoing business, said Sterling Cripps, president of Canadian Unmanned Inc. and founder of Canada’s first civilian drone school. Commercial pilots have to deal with months of delays and mountains of paperwork just to get their work done.

Right now, you can fly a drone for fun in Canada provided you keep your drones within sight and only fly during the day; stay below 90 metres above ground; avoid restricted airspace and first responders; and stay at least 30 metres from people, 1.9 kilometres from heliports, 5.6 kilometres from aerodromes and nine kilometres from disaster areas. You also have to put your name, address and phone number on the drone. To fly for work or research or outside these rules, you have to apply for a special flight operations certificate.

The new rules require you to register your drone and have either a basic or advanced drone license before you take off. You have to be at least 14 to get a basic license and 16 to get an advanced one, and pass a written and (in the case of an advanced license) a flight test.

“If you get into a car and you drive that car without a driver’s license, you’re liable and you can be in a lot of trouble if you get caught and something bad happens.”

The new rules also explicitly ban flying a drone while drunk or under the influence and you can't put live animals or dangerous cargo on them.

The new rules apply the current ones for recreation to all flights but add exceptions based on your license. With a basic license, you can fly 122 metres high and at night if you have enough lights on your drone. An advanced one lets you do all that plus fly in restricted airspace (if authorized), next to airports and heliports, and above and within five metres of people, provided you use a drone approved for such flights.

Drones that weigh more than 25 kilograms or fly outside these rules will still require special flight operation certificates. Drones that weigh less than 250 grams aren’t regulated but have to be flown safely, within sight and away from airports and planes. Break the new rules, and you can be fined up to $3,000 ($15,000 for businesses).

Registering your drone, taking the test and getting your license will cost $15 to $40, which isn’t that much, Cripps said.

“It’s not a cash grab. It’s a safety initiative.”

Duckering said these rules would give businesses more opportunities to use drones and could push more people to join model airplane clubs (which often have private airfields).