The mercury reached 30-plus C this week and prompted a heat warning from Environment and Climate Change Canada, but the temperatures aren't unusual for this season.
Jul 28, 2020 5:40 PM By: Jennifer Henderson, Local Journalism Initiative reporter 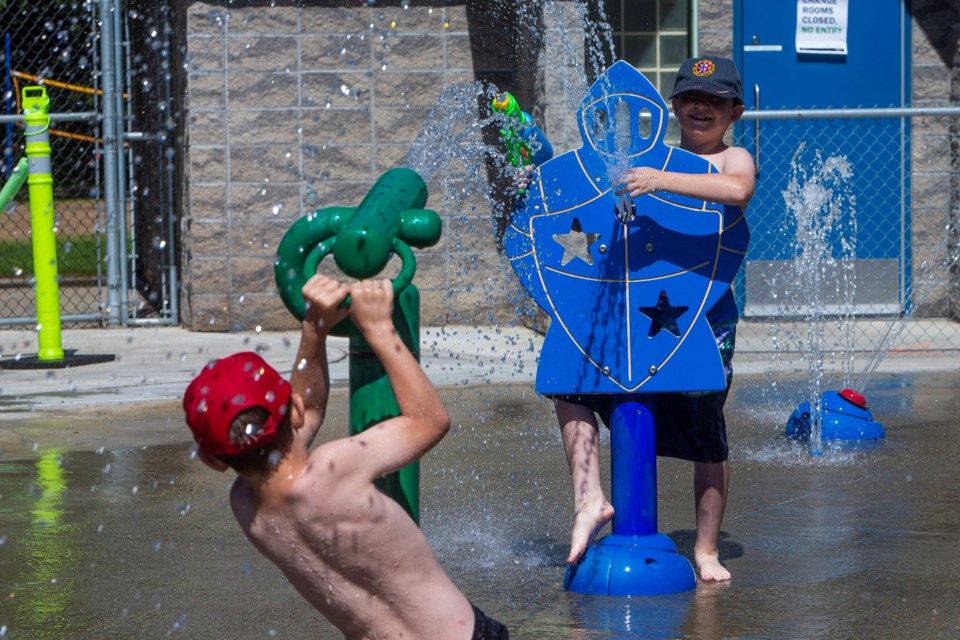 A heat wave rolled into town this past week, and is probably going to be hanging around for the August long weekend.

On Monday, Environment and Climate Change Canada issued a heat warning for St. Albert and much of Alberta as temperatures were expected to hit 29 C or higher for at least two days.

Tuesday temperatures topped out at 31C and it is predicted that on Wednesday the high will hit 29 C with overnight rain showers. On Thursday, the weather is predicted to hit a high of 25 C.

Dan Kulak, meteorologist for Environment and Climate Change Canada, said the weather is warmer than the seasonal average, but it is not unusual.

“If you're going to get a warm stretch of weather, it's probably going to be late July or early August,” Kulak said.

“We are not breaking any records.”

Kulak said temperatures typically peak this time of year and begin to drop off as we get less sunlight in the area.

“Looking at the curve of temperatures, the peak is now basically in the last few days of July. And then after that, it just drops straight off, dropping off throughout the end of August,” Kulak said.

Kulak said July is always the wettest and hottest month of the year in Edmonton.

In August, typically the mercury hits around 16.9 C as an average for the entire month.

While the region is experiencing these hot days, Kulak said thunderstorm season is still in session and residents can expect thunder and lightning to roar regularly until halfway through August, when the storms will slow down.

Looking ahead to the fall and winter, Kulak said there are some predictions for a La Nina winter, which means in Western Canada we will experience more snow and cold temperatures, but Kulak said those predictions could change as we get closer to the winter.