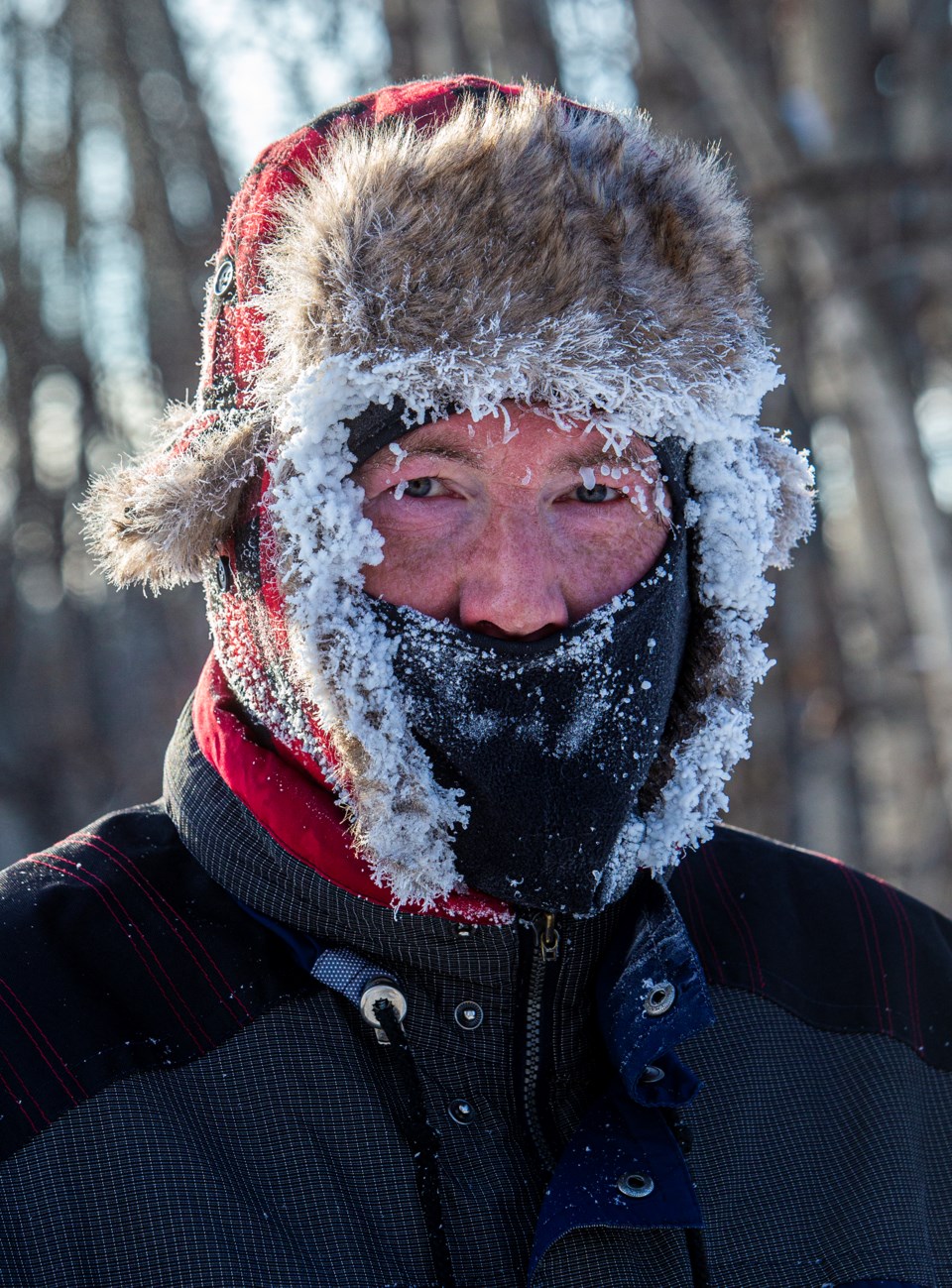 Doug Paul of St. Albert didn't let the -35 C temperature stop him from getting out and hitting the cross country ski trails on Sunday. A extreme cold advisory has been issued for the region and is expected to last into next weekend. CHRIS COLBOURNE/St. Albert Gazette

St. Albertans are jumping into action to help others during the deep freeze that has descended on the city, spreading a wealth of kindness in the cold.

For Mission resident Kimber-dawn MacKenzie, that kindness stretches beyond this current week. MacKenzie told the Gazette her neighbour, Maurice, has been helping her out all winter, every time it snows.

“We live on a corner property and (Maurice) is truly an angel. This winter every time it has dumped a bunch of snow he will snowblow the entire sidewalk that is technically our responsibility. He never asks for anything, just does it out of the kindness of his own heart. He is the most amazing neighbour anyone could ever ask for,” MacKenzie said.

“With being a young new family with younger kids and my husband working a lot to provide for us, sometimes outside chores can get pushed off, but that neighbour is always willing to give a helping hand. Bless people like him.”

Many other residents have offered to shovel driveways and sidewalks and boost cars for those in need during the frigid temperatures.

Doug Murray said his mom, Gerrilee Murray, helped someone on one of the coldest days of the week.

“I just got off the phone with my mom and she was driving down Hebert, saw an old lady walking with no gloves, so pulled over and gave her hers,” Doug said.

Residents in Grandin have been getting support from Sir George Simpson School if they need help clearing all the snow that has fallen over the last few weeks.

“If the snow is overwhelming you, and you live in the vicinity of Sir George Simpson, give our office a call and we will arrange to send our leadership students to help,” the school wrote on the Grandin Facebook page.

Dan Kulak, meteorologist for Environment and Climate Change Canada, said this cold snap is the first real taste of winter we have had so far this season.

Kulak said it has been a warm winter so far, and until January the temperature hadn't dropped to -20 C, which is rare.

The entire province is now under an icy blast thanks to a weather system moving off the Pacific Ocean. Kulak said systems like this start with a dump of snow, like the region saw last week, and then cold weather settles in for seven to 10 days.

“It doesn't get into the real bitter cold until the last of these pacific systems moves through, and that’s exactly what happened,” Kulak said.

In St. Albert, the city saw its coldest temperatures on Tuesday, where thermometers read -35 C in the morning. On Wednesday, the cold was set to continue with a high of -30 C and a low overnight of -33 C with a wind chill of -42 C.

The entire province has been suffering from extreme cold temperatures, which has put a strain on the provincial electricity grid.

The cold snap has caused almost record-breaking demand for electricity. The Energy Emergency Alert system in the province (EEA) runs on a three-tiered system, with zero being at normal conditions.

On Monday, the EEA declared the situation at a tier 1 situation, followed two hours later by a tier 2 declaration. Both of these levels mean power needs can continue to be met across the province, but if the province hits a tier 3 situation, there could be power losses in parts of the province until the power balance can be returned to a normal supply.

Alberta Electric System Operator did not specify what areas could be affected if a tier 3 is declared.