In hybrid country, Fusion is near top

Although SUVS and CUVs are the must-have vehicles in North America these days, there are people who still prefer the traditional mid-size sedan. And within this market segment are some very good cars.
0
Sep 17, 2014 12:00 AM By: Garry Melnyk 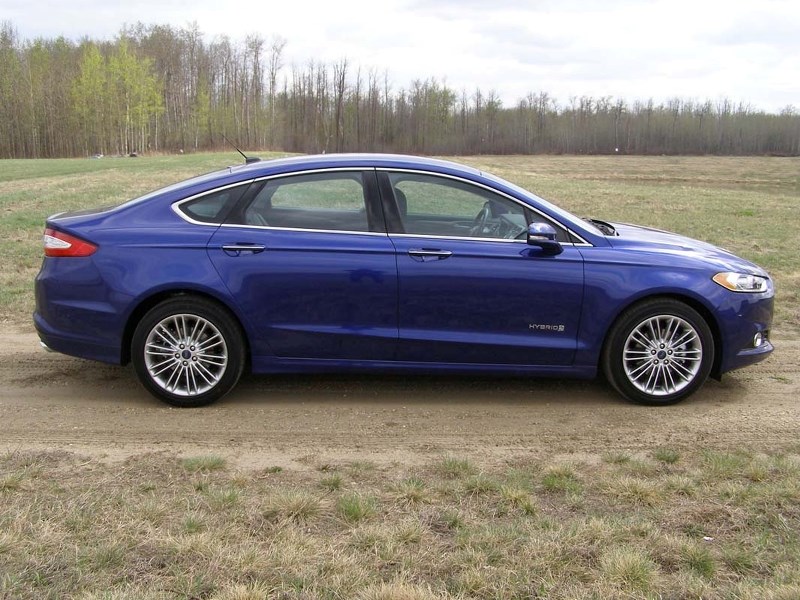 REDESIGNED – The Fusion was redesigned for the 2013 model year after the first generation's success.

Although SUVS and CUVs are the must-have vehicles in North America these days, there are people who still prefer the traditional mid-size sedan. And within this market segment are some very good cars.

Ford‘s Fusion is one of the best no matter which of the eight models a person chooses to buy. The Fusion was redesigned for the 2013 model year after the first generation’s success. It’s not a “knock your socks off” styled five-passenger sedan. I would say a little more conservative in looks but nicely done. The Fusion SE gasoline-electric hybrid I drove for a week backed up the good looks with excellent fuel economy, great handling and ride and a hushed interior even at highway speed.

The Fusion is offered with gas-powered engines ranging from 1.5 to 2.5 litres driving just the front wheels or all-wheel-drive. You can also choose from an electric hybrid or a plug-in hybrid which Ford calls “Energi.” Certainly the hybrid I drove was not quick off the line but then it is a hybrid, right? Normal acceleration is just fine and the Fusion offers a ride that no one should complain about. The car can cruise at 120 km/ph all day and is nimble enough around town. Fuel consumption from the 2.0 litre four in my test car worked out to 5.8 L/100km in a mix of city and highway driving, mainly city. That’s very respectable. The engine makes 141 horsepower and with the aid of the electric motor 181 pound-feet of torque is produced. The transmission getting the power to the wheels is an electronic CVT or Continuously Variable Automatic Transmission. These transmissions work differently than typical automatic in that you don’t feel the normal 1-2-3-4 shifting of gears because a CVT is essentially belt driven.

The Fusion benefits from the latest in battery technology now using a lithium-ion battery pack instead of the previous model’s nickel-metal-hydride batteries. The new batteries are smaller and weigh less allowing for fold-down rear seats. However, the batteries still intrude into the trunk so cargo capacity is not the same as in non-hybrid Fusions. That’s really one of two issues that bother me about the hybrid.

Ford has for many years had an edge over competitors when it came to the ride and handling of its cars. This is also true of the Fusion which is definitely more of a driver’s car than a Camry or Accord. Even as a hybrid the Fusion tracks well and grips in tight curves without any drama. The MacPherson strut front suspension and the multi-link set up in the rear deliver a firm, yet controlled ride very much like you would expect in a European sedan.

Behind the wheel the instrument panel is uncluttered and easy to read. One silly little feature in the hybrid has the digital display adding green “leaves” the more efficiently you drive. I like the MyTouch system which has voice command. And I never seem to have a problem linking up my cellphone with Ford’s Sync system. My second gripe about the Fusion is I would like to see a little colour with black interiors. The bright Deep Impact metallic blue exterior on my tester really stands out among the grey and silver sea of vehicles we encounter in our everyday lives. A little blue inside would make the interior less dreary.

The Fusion SE Hybrid starts off in price at $29,999 before taxes. My test car was well equipped and topped at $39,639. There were options as a buyer I would take a pass on like the rear inflatable seat belts. But certainly not the heated steering wheel, these days that is a must-have option. So the enjoyable SE Hybrid could be had for $35,000 and would be a good deal at that price. If a hybrid doesn’t seem worth the extra cost take a close look at other versions of the mid-size sedan you can get a nicely equipped gas powered Fusion for around $30,000.