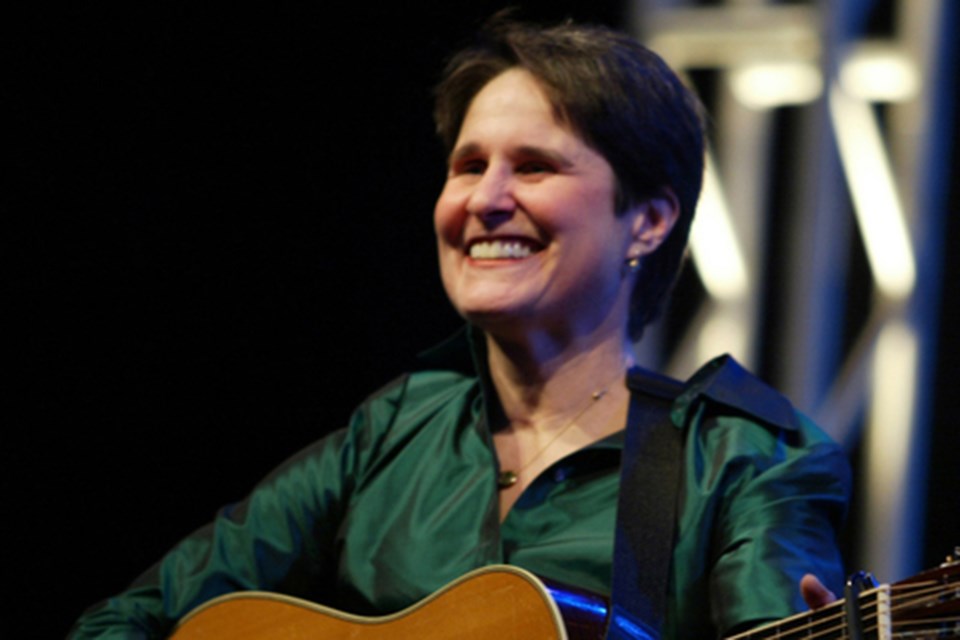 Deborah Friedman, a singer-songwriter who used the beauty of her Jewish music to inspire individuals, will be lauded on Sunday, March 7, during International Women's Day.SUPPLIED/Photo

This Sunday, people are invited to gather around their computer to reinforce the message of International Women’s Day – that women, no matter the culture, need to be valued.

More than a century ago, individuals around the world began celebrating this special day on March 8. For 25 years, the St. Albert Baha’i sponsored the event. They collectively showcased the invaluable contributions five women as activists, life givers, and caretakers of the home and community made to society.

Due to the pandemic, the Baha’i have stepped aside, and St. Albert Interfaith Connections has picked up the mantle. This informal group of individuals from differing religions, who rely on respect, friendship and trust, meet once a month to increase mutual understanding of different faiths.

“We are hoping to develop pathways to peace. Certainly, in the beginning we wanted to learn more about each other, and now we want to promote dialogue in each other’s faith or even if someone doesn't have a faith,” said Interfaith member Helen Arnott.

While Baha’i focused on highlighting local women in leadership, Interfaith Connections looks back in history at five diverse women who left legacies of unity and hope.

“We selected five women based on our understanding of who we wanted to showcase, women of courage and faith and how their belief translated into the enhancement of lives in the times they lived,” Arnott said.

The oldest celebrant is Tahirih, originally Fatimah Bargani, born to a wealthy and powerful Persian family in 1814. She was a poet, women’s rights activist and theologian of the Bábí faith, a religious splinter group. A charismatic individual, Tahirih transcended the restrictions placed on women of her time and became an important figure in the development of the Bábí religion.

“She was also called the Pure One. She received the gift of learning, reading and writing in a society where girls were not allowed to go to school. Her father noted her thirst for knowledge. Secretly he found opportunities to teach her. At the time, she was a pioneer in women becoming literate. She also decided to bare her face in front of men and was executed. She could be called a martyr.”

Florence Nightingale was a tad younger. Living from 1870 to 1910, this Christian medical professional made her mark as a nurse in the battlefields of the Crimean War and First World War.

“She was a bright woman and really good at math. She became focused on observing infections and realized how important hand washing was. She was a nurse and a statistician with very precise observational skills. She recognized that when doctors went patient-to-patient without washing their hands, infections increased," Arnott noted.

"These male doctors were quite resistant to change, but she stuck to her guns and convinced them one by one using mathematical formulas and charts. Once doctors started washing their hands, there was a 300 per cent drop in infections. They (infections) were killing more people than bullets.”

Although not a Nightingale contemporary, Deborah Friedman (1951 to 2011) honed in on healing. As an American singer-songwriter of Jewish religious songs and melodies, her focus was the soul. Friedman’s best-known song is a setting of Mi Shebeirach, a prayer for healing sung across North American synagogues.

Friedman used music to express Judaism. She translated and transformed prayers, the Torah, Talmud and other scholarly texts, both ancient and contemporary. She even brought words of lesser-known liturgical pieces, psalms, prophets and philosophers to the forefront.

“The music was part of her life’s journey. Mi Shebeirach, for instance, was written for a friend who had difficulty adjusting to getting older. And now it’s become part of the Jewish healing movement, both physical and spiritual.”

Of the five honourees, Dr. Lila Fahlman (1924 to 2006) is the only woman who lived close by. Born in Limerick, Saskatchewan to a Syrian immigrant father and an American mother, she eventually broke many barriers against Muslim women.

Fahlman was the first Canadian woman to earn a PhD in educational psychology. She also served as Edmonton public school board trustee, the first Muslim woman in Canada to do so. Spreading her wings, she became the University of Alberta’s Muslim chaplain, the first woman to hold such a post at any North American University. And as a social justice advocate, she founded the Canadian Council of Muslim Women and the World Council of Muslim Women Foundation.

“She was the first Muslim woman to receive the Order of Canada in recognition for her service to the Muslim community and the role she played in combating violence against women and promoting interfaith dialogue."

She formed a private, non-profit corporation, Youth for Human Rights International (YHRI). The organization teaches youth about human rights, and now has hundreds of groups and chapters in more than 100 countries.

Arnott issued an invitation to all, saying, “It’s a wonderful opportunity for people to come together and learn about other ways of being spiritual, other ways of believing in what life is about.”

International Women’s Day will be celebrated online through Zoom Sunday, March 7. This free, 90-minute celebration runs from 2 p.m. to 3:30 p.m. Log on to www.eventbrite.ca for ticket information.