Kenney said there is a backup of roughly 400,000 cattle waiting to be processed. The program will run until the inventory clears, which could take 30 weeks.
May 7, 2020 5:49 PM By: Jessica Nelson 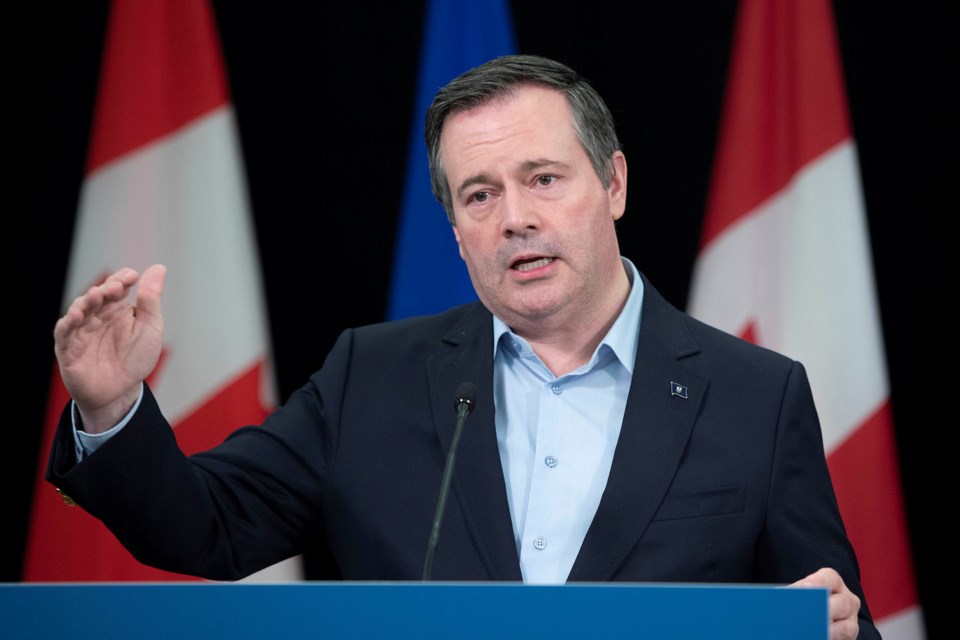 Premier Jason Kenney provides an update from Edmonton on Tuesday, April 28, 2020, on the COVID-19 pandemic in Alberta. (photography by Chris Schwarz/Government of Alberta)

In an effort to address a backlog in Alberta's cattle processing, Premier Jason Kenney has announced a funding program to help cattle producers cover the cost of feeding market-ready cattle.

Kenney said the program will cost an estimated $42 million, with $17 million earmarked by Alberta and the rest coming from the federal government. Payments will be given on a per-head-of-cattle basis, with beef producers holding onto slaughter-ready cattle until supply goes down.

Kenney said there is a backup of roughly 400,000 cattle waiting to be processed. The program will run until the inventory clears, which could take 30 weeks.

Alberta Agriculture Minister Devin Dreeshen said the government hopes the program will help to smooth out price fluctuations in the industry.

The provincial government also announced support for other areas of the agricultural sector, including aid to potato farmers who are dealing with a crop backlog, and the pork industry, which is also experiencing a backlog.

Dreeshen said that the government is also looking at support for the beekeeping industry, as Alberta is 50,000 hives short. The horse training industry will also see support.

Kenney says the government will continue to monitor the situation to see if additional action is necessary.