Former St. Albert MLA Stephen Khan dropped out of the Progressive Conservative leadership race after he says the campaign had become more about the antics of party members and less about policy and vision for the province.
0
Jan 27, 2017 11:00 PM By: Jennifer Henderson, Local Journalism Initiative reporter 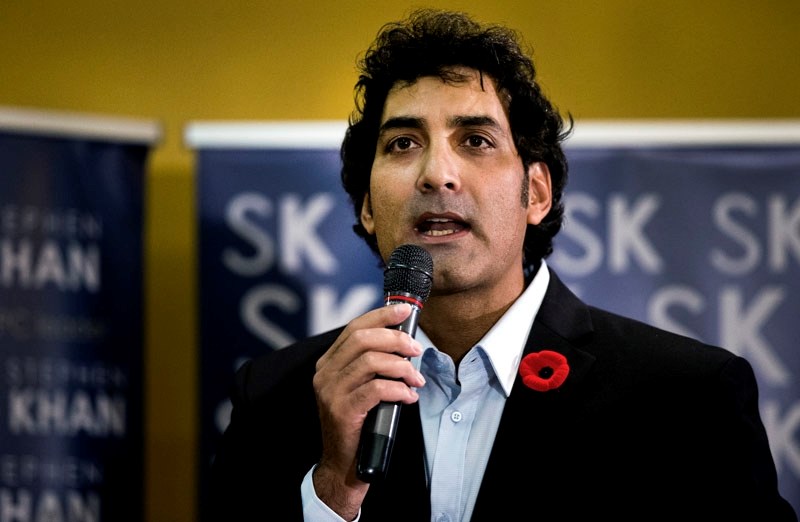 Stephen Khan bowed out of the Albert PC leadership race this week.

Former St. Albert MLA Stephen Khan dropped out of the Progressive Conservative leadership race after he says the campaign had become more about the antics of party members and less about policy and vision for the province.

On Thursday night, Khan released a statement withdrawing himself from the race and thanking his “pragmatic modern” supporters for standing by him during the contest. He said by his calculations he was in second place, but felt the race had become too nasty to continue.

“All anybody wanted to talk about was this divisive, mean and nasty campaign and all of these antics that were revolving around the campaign,” Khan said. “It’s really about this vacuum of discussion and ideas. It’s become a race about all these antics and this destructive circus.”

Khan’s announcement came hours after Wildrose leader Brian Jean revealed his enthusiasm for former MP Jason Kenney’s plan to unite the Wildrose with the PC party, although Khan said his decision was made before Jean made his public statement. Jean announced Thursday that he would be willing to step down as Wildrose leader and run for the leadership of a new, united conservative party.

The fallout after the Jan. 15 debate was when Khan began to consider his future in the race. Khan felt it was great debate where he challenged Kenney’s record and policy, but was disappointed with the party infighting that followed.

Kenney campaign volunteer Alan Hallman was suspended from the party and the decision divided the current PC caucus, youth executive and party board in a public battle that took place in the public eye over the following week.

The former provincial cabinet minister is the third casualty in a particularly fierce leadership race. Former MLA Donna Kennedy-Glans and Khan both left the race because they felt there was no room for centrist, moderate voices that focused around policy discussion. MLA Sandra Jansen left the race and then the party due to bullying and harassment.

Khan says a small faction of Kenney supporters are promoting the politics of intolerance. While he recognizes it is not all of those who want to unite both right wing parties, Khan says something about Kenney’s campaign is attracting the ultra conservative.

“You don’t see the ultra conservative right supporting any of the renewal candidates,” Khan said.

As the race progressed, Khan said he was on the receiving end of a few nasty emails from some Albertans but he said he never once felt bullied or threatened by anyone during the process.

“I don’t feel like I’ve been bullied by Jason Kenney at all.”

Despite withdrawing from the race, the St. Albert resident has no plans to leave the party but feels like the party may be leaving him and other moderate and progressive members. If Kenney wins and unites the two right wing parties in Alberta, Khan will not buy a membership for the new merged conservative party.

As he walked away, Khan threw his support behind MLA Richard Starke and said it is not too late for either Starke or Calgary lawyer Byron Nelson to win the race to preserve the party.

Although he is withdrawing from the leadership contest, Khan said he still wants to serve his community in some capacity and still has an appetite for public service but that doesn’t necessarily mean through politics.

Khan isn’t sure what is next for him but right now he said has no plans to run for the mayor of St. Albert in the 2017 municipal election.