Landrex CEO to be inducted into Alberta Business Hall of Fame 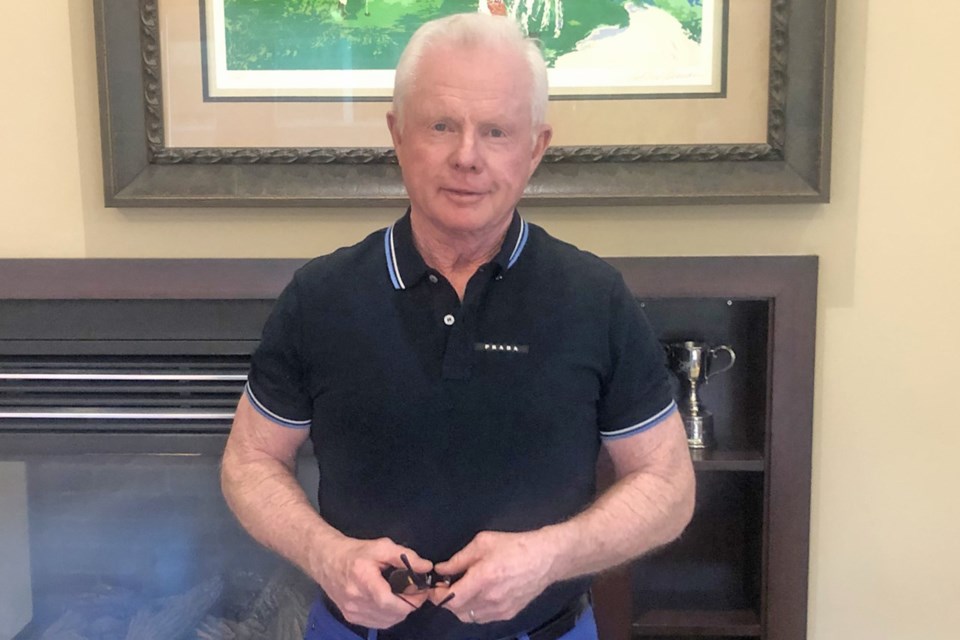 Larry Andrews, CEO of Landrex and St. Albert resident, will be inducted into the Alberta Business Hall of Fame on May 1. BRITTANY GERVAIS/St. Albert Gazette

Being inducted into the Alberta Business Hall of Fame is an honour, said Larry Andrews, CEO of Landrex, even though he wasn't exactly expecting it.

After the decades he spent building the land development business, Andrews said he was always driven by his own curiousity to explore his own interests, rather than achieving public recognition. To Andrews, business is more like playing a game of hockey.

"I've always been interested in sports, and that's how I treat business – like it's a game, it's fun," Andrews said.

"I'm quite a private person. I do what I do, but I don't do it to be recognized."

The Junior Achievement Alberta Business Hall of Fame honours the province's most esteemed business leaders for their life achievements and service to the economy and community.

Since its incorporation in 1972, Landrex has grown to become one of the most successful privately held land development firms in Alberta. Its lengthy portfolio includes the development of more than 6,000 residential lots, hundreds of multi-family units and more than 500,000 square feet of commercial property.

The company also strives to give back and support the municipalities in which it conducts business: "if you're not giving, you're not living," as Andrew phrased it.

"It's important to us as a corporation for everyone to feel like we're giving back," he said. "We get a lot of pleasure out of it."

For more than 35 years, Landrex has been the primary sponsor of the Big Brothers Big Sisters dream home lottery, helping to raise millions of dollars for the organization to create safe spaces and provide clothing, meals and positive relationships for thousands of youth.

Since 2001, the firm has also been the lead sponsor of the Big Brothers Big Sisters golf tournament.

Seeing the company as an opportunity to explore ways of giving back was a "worthwhile" change of perspective for Andrews, leading to a long list of notable donations and annual commitments in the Edmonton area.

"I started to realize, in Canada and Alberta, we have a lot of opportunities and it's okay to share some of them," he said. "That's something I think a lot of private enterprises do not get credit for."

Andrews is among recipients who will be celebrated at the first virtual gala in the Hall of Fame’s 40-year history on May 1 – though someone may have to teach him how to connect on Zoom first, as he admittedly does not know much about computers.

"I've never turned one on," Andrews said. "I'm more interested in dealing with people than I am sitting in front of a computer."

Landrex has seen its fair share of economic downturn and recovery since it was first incorporated in 1972, having survived recessions in the 1980s and 2008. And like the current economic crisis with COVID-19, no one could have predicted the fallout.

His advice to entrepreneurs is to find opportunity in the chaos and move forward at all costs. Expect the downfalls to happen, but be adaptable enough to survive through to the eventual recovery.

"Anytime you're in business, there's a constant need to pivot, because the economy does not stay flat. You have to be able to make those adjustments, and you have to make them fast," he said. "Not all experience is good, but sometimes you learn the best from your worst experiences."

Finding a mentor, someone who has cut their teeth on the highs and lows of running a business, is going to be important for people new to the industry, Andrews said, as "nobody does this alone."

"They're going to need more than ever to rely on strong mentorship. If they were able to take that energy and combine it with someone who has had some rides up, down, and sideways, then I think that would be helpful for them, rather than trying to be out there by themselves. When you're out there playing hockey, it might be useful for someone to show you how to tie up your skates first."

Junior Achievement North Alberta's annual in-person gala has been rescheduled from May to Sept. 16 at the Edmonton Convention Centre. Tickets to both the virtual and in-person events can be purchased at www.janorthalberta.org.