Residents of St. Albert could see a multi-use recreation facility constructed north of the city by 2023 if a Landrex proposal is approved by council members.
Oct 26, 2018 3:24 PM By: Jennifer Henderson, Local Journalism Initiative reporter 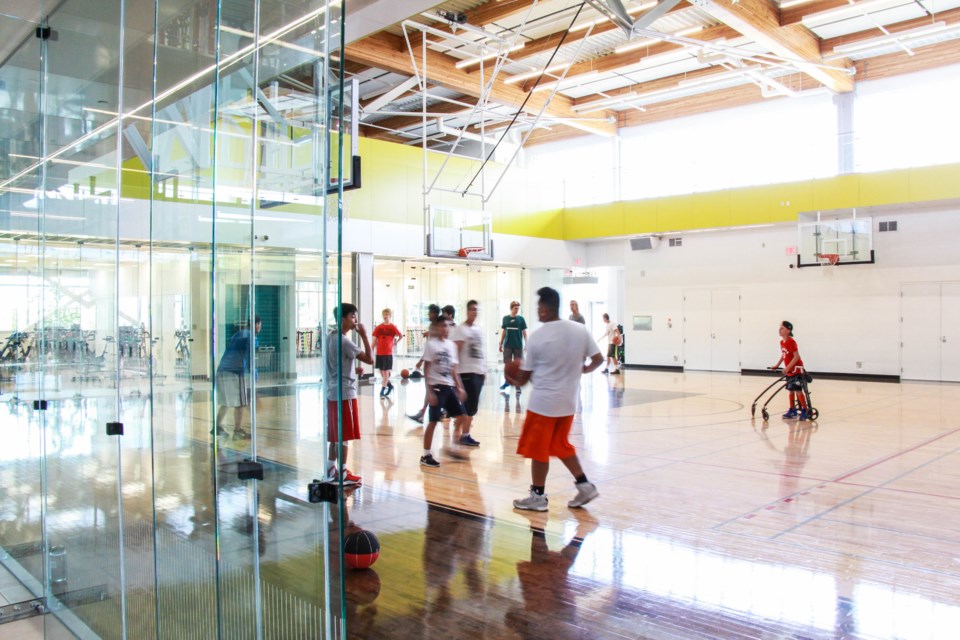 Landrex has submitted a proposal with the city of St. Albert to create a joint-use recreation facility north of the city. The proposal includes bringing together Active Communities Alberta, the YMCA, St. Albert and Sturgeon County to complete the project.

Residents of St. Albert could see a multi-use recreation facility constructed north of the city by 2023 if a Landrex proposal is approved by council members.

The land development company has submitted a proposal to the city to bring together the YMCA and Active Communities Alberta to create a recreation facility, which could include a library, on 48 acres of land in St. Albert's north end donated by Landrex.

The locally owned and operated company has put together five options for the city to consider which features free land, a fixed price contract and operating costs that would be picked up by the organizations involved.

Ryan Andrews, spokesperson for Landrex, said his family was motivated to put this proposal together because it combines their love of sport, kids and the community of St. Albert.

“We genuinely want to do this as much for legacy and contribution to the community as (to) help grow the north end of St. Albert, the whole St. Albert really,” Andrews said.

The slice of land in question sits nestled east of Highway 2 and south of Township Road 544, currently in Sturgeon County, within 160 acres that Landrex owns. Ten per cent of that land would need to be set aside for the city regardless, but Landrex is proposing to give the community another 32 acres for free to house the project.

Andrews sent the city five different proposals for the land in response to a July council motion asking for expressions of interest to help solve the city's various recreational needs. While the land is currently in Sturgeon County, it could be annexed by St. Albert and there would need to be an intermunicipal development agreement with Sturgeon County.

Each proposal includes a 90,000-square-foot Remington-YMCA style recreation centre, which would have an eight-lane, 25-metre pool, gymnasium, fitness centre with studios, multi-purpose rooms, retail space and a daycare. Some 7,000 square feet could be dedicated to a library inside the YMCA.

“In each proposal, the idea was to future-proof it. If they didn’t want to spend the whole shebang at once, we are still going to offer the land so they can add on,” Andrews said.

The most involved design option has a capital cost of $124.3 million, with Landrex still providing $14.3 million for the land. The YMCA would still be responsible for $7 million, Active Communities Alberta would bring $1 million, federal and provincial grants would make up $18 million of the costs. St. Albert would need to put together $82 million and Sturgeon County would bring $2 million.

To put together the five designs, Landrex partnered with PCL Construction and GEC Architecture, who all worked pro bono to get the proposal together.

Andrews said with the proposal, they have three conditions they would need met from the city. First, Andrews wants to steward the project through the construction process to hold the companies accountable to timelines and costs. Second, he wants to name the YMCA after his dad, Larry Andrews. Finally, Landrex would require the city to service the road leading out to the facility, which could cost an additional $10 million over and above the proposals' price tags.

Andrews has proposed a “very comfortable timeline” of having the project completed by March 2023, but he said the process could move more quickly if the city decided it wanted to.

“There is really not a lot a lot of flexibility in the construction process. There is in the approval process. Very little of this has to go to the province. It's all local regulatory and they can speed that up if they want,” Andrews said.

Andrews said the facility would help spur development around it in the north end of the city and would help to increase the property tax base. Once the land around the project is built out, Andrews estimates the city could collect approximately $9 million per year in residential and non-residential property taxes.

Matt Bachewich, spokesperson for Active Communities Alberta, said he is excited that their proposal is drawing interest from the community, council and groups like Landrex.

Bachewich said Active Communities Alberta has reviewed each of Landrex’s proposals in “a preliminary fashion” and there hasn’t been discussion on what the facility components would be.

“It is important for us that the attractiveness of our business model be maintained,” Bachewich said. “ We have committed to the residents of St. Albert that there would be no need for ongoing taxpayer support of our facility and that would save upwards of $1 million a year to the taxpayer.”

Active Communities Alberta would still prefer to be located in close proximity to Ray Gibbon Drive if possible, but they are open to exploring options in the north of the city with Landrex.

Each proposal put forward by the land development company includes an eight-lane, 25-metre swimming pool run by the YMCA.

Werner Biegler, the former board president for the Sailfish Swim Club, said the eight lane option is attractive to the swimming community in St. Albert. Although Biegler did not know the details of the Landrex proposal, he did note that for it to get the swimming community's support, they would want to ensure that the pool was two metres deep and had a space for spectators.

One issue Biegler said could be a concern to the community is involvement of the YMCA. Although Biegler has not spoken to the organization yet, he said in the past they have not allowed private swim clubs to swim in their pools in favour of focusing on providing lessons to the community. The swimming advocate said if the city plans to spend money on new swimming space he would like to see it have space for competitive, recreational and swimming lessons.