The unassuming building that used to house a mechanic’s garage on Main Street in Morinville has undergone some upgrades that its current owner hopes will put it on the map.
Dec 27, 2016 11:00 PM By: St. Albert Gazette 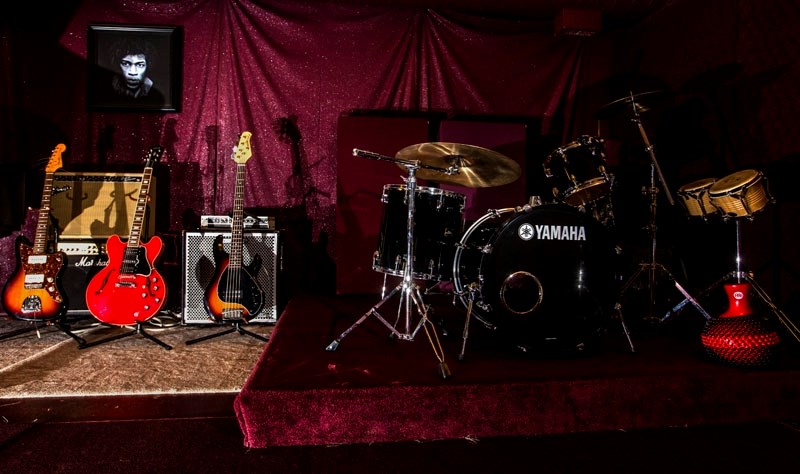 The unassuming building that used to house a mechanic’s garage on Main Street in Morinville has undergone some upgrades that its current owner hopes will put it on the map.

Paul Smith, who has owned and operated Smith Music in Morinville for 20 years, is nearly finished with a major renovation that will see his store house one of the largest dedicated live-recording rooms on the continent.

“I’ve searched and searched for other dedicated recording spaces, like commercial recording studios that are bigger, and haven’t found any,” he said.

He consulted with acoustic expert Ethan Winer, who confirmed that aside from some large orchestra-recording spaces in the United States, Smith’s 2,500-square-foot studio is the biggest he knows of.

Smith explained that while he has been doing smaller-scale recordings in the space since he bought it eight years ago, his new setup offers a host of new options and opportunities.

Moveable walls in the centre of the space mean he has the option of having artists record in individual rooms, or of just opening up the space and doing live recordings – and there are several benefits to being able to record all the musicians at the same time.

From the technical end he said the biggest advantage is being able to incorporate the sound of the room itself into the work to create a more natural, authentic kind of a sound – becoming almost like “an extra instrument in the band.”

“When I put up room mics, they sound like a room as opposed to if you’re in a small space, and have to treat the room a lot, you don’t get the sense of actual natural reverb,” Smith said.

And depending on the style of music he’s recording, there’s a huge benefit to being able to record the players all at the same time, rather than recording each component – guitar, bass, drums, vocals – individually while they play along to a metronome or a “click track.”

This allows a band to adjust their tempo organically in the course of the song, which can often yield a more “sincere, heartfelt recording.”

“When you can have a band play like that, and they play the songs like that every night, it feels more like a live album,” Smith said.

The decision to do major renovations came in part as a result of the store’s 20-year anniversary in Morinville. Smith said he wanted to do something that would stand out, and provide opportunities for artists in the capital region who might not otherwise have them.

He said major studios have been slowly but surely closing down over the last two decades, including the famous Abbey Road studio where The Beatles recorded.

While people set up basement studios all over the place, he said there are limits to what can be achieved in such a small space.

“The difference between a basement studio and what a facility like this does is entirely different,” Smith said.

Some residents may have already heard about the changes from their kids. Smith said one of his priorities as an educator – he teaches music on top of the work he does recording – is to give students the opportunity to see what a music studio is all about and to get excited about music production.

He has had seven groups from Morinville Public School and the local Cub Scout troop in for tours already and hopes to keep it up moving forward.

“We want to be really interactive with the schools and kids, because this is our next generation of musicians,” he said. “I never got to see a facility like this when I was a kid. I want everybody to be able to see it, and get to know what it’s like.”

While a soft-launch has been underway for a few months, he’s going to be recording some radio-quality music for Alberta country artist Steve Newsome early in the new year and expects to keep busy throughout 2017.

On top of being able to record live sessions, Smith also plans to continue with semi-regular live shows in the space, with between six and 10 different shows planned each year.

Three shows have already been booked for the first half of the year, with Dinnertime in the Maritimes scheduled for Jan. 28.

But while the work he puts into the store is self-evident, he said he does it in no small part because of the support he has received in the community.