Rules for transit and city-owned facilities come into effect before council's Aug. 4 meeting to vote on mask bylaw
Jul 30, 2020 6:00 PM By: Brittany Gervais 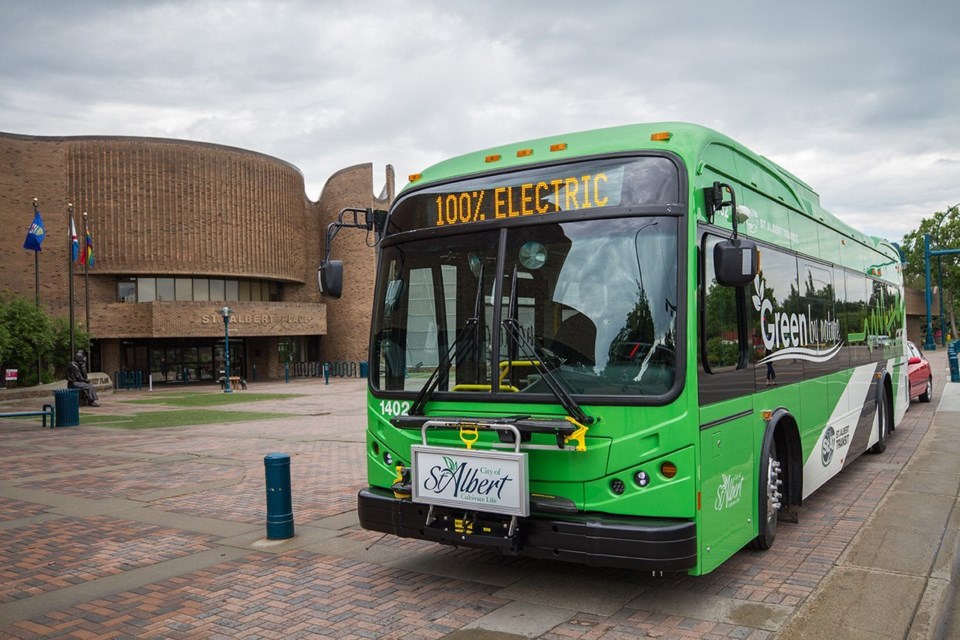 Masks will be mandatory in St. Albert city buildings and transit starting Aug. 1.

Masks will be mandatory in city-owned buildings and on public transit in St. Albert as of Saturday.

City councillors are set to vote on a bylaw mandating masks in city facilities and on public transit on Aug. 4 at 11 a.m., which will include a potential list of exemptions and fines for non-compliance.

Although these rules take effect before the vote, they won't come with enforcement – or exemptions – until the bylaw is passed.

With some city staff and councillors on summer holidays this week, council decided to put the mandate into effect this weekend before the official decision is handed down Tuesday.

The city was able to rely on "natural person powers" under Section 6 of the Municipal Government Act (MGA) to mandate face coverings in civic facilities, according to the city.

That gives the city "the same right to control what happens on our land, as any other owner or occupier of land would have," said city spokesperson Florence Ma in an email to the Gazette.

Strathcona County also voted to make masks mandatory inside city buildings and public transit as of Aug. 4. That decision was made during an emergency committee meeting on Tuesday.

Deputy Mayor Ken MacKay said St. Albert decided to mandate face coverings as of Aug. 1 to align with Edmonton's transit service because "we're impacted by the fact that our transit systems are so interconnected," he said, although noting he could not make Monday's council meeting and was absent.

"Certainly for transit, it's for consistency's sake, because the vast majority of our ridership that we're starting to slowly get back moves into Edmonton," he said. "As to the city owned and operated facilities, I believe it was just a decision council needed that particular time after the debate."

In theory, residents could be barred from entering city facilities or getting on the bus without a face mask. But education around the mandate and mask usage will be the primary focus to start, MacKay said.

"I would certainly hope that there will be a grace period," he said.

"I think we will be encouraging mask use and we will be providing masks and educating our residents, and those people who may not be aware of the requirement, but there shouldn't be any enforcement unless things get really out of hand."

MacKay said he is still on the fence about how he's going to vote when the bylaw comes to council next week. If anything's clear, it's that face masks are a hot topic of debate for residents.

"I believe it's almost as many (emails) as we've received for Riverbank Landing," he said, referencing a contentious proposed development that councillors recently voted down.

He said a majority of input he's received from residents are in favour of mandatory masks, but there are other potential downsides to factor in, including the risk of residents unintentionally using contaminated masks and infringing on freedom of choice.

"I would much rather have the ability to have free choice. But at the same time, we're in unprecedented times and there's no playbook on a pandemic. So we have to listen to the best advice and adapt. It's going to be an interesting conversation."

Coun. Sheena Hughes voted against the motion to draft a bylaw on Monday. She said there is an element of confusion with the mask mandate taking effect this weekend before council decides on a bylaw.

"And so the specific exemptions, specific parameters and the amount of potential fines are all unknown ... a list of exemptions hasn't been brought forward at this moment," she said. "But (residents) should know that they are expected to wear a face mask."

Enforcing a mask mandate now could present some anxiety for those who would otherwise be exempt, she said.

"It could cause anxiety for people, definitely, who have issues with it and do not have clear signals that they are going to be exempt," she said. "This has been fast-tracked."

The City of Edmonton included exemptions in its bylaw for children under the age of two, people exercising indoors or in a pool, and people unable to wear a face covering due to a mental or physical concern. People who are eating and drinking in designated spaces or part of religious ceremonies are also not required to wear a mask.

The city is holding off on decisions around mask mandates in other indoor public spaces like retail stores until they receive input from the St. Albert and District Chamber of Commerce.

Mayor Cathy Heron was on summer holiday and unable to comment at publishing time.