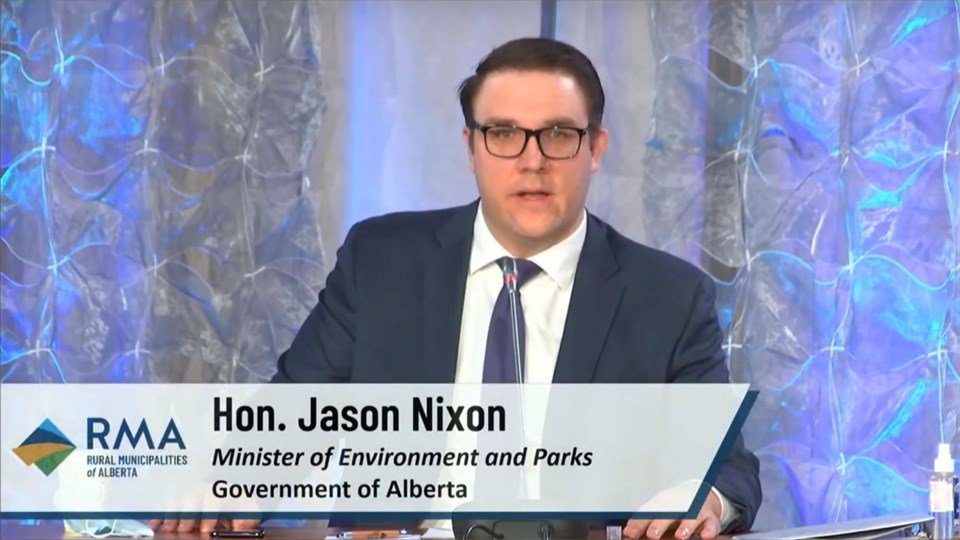 Alberta could have rules for extended producer responsibility in place by this fall, and St. Albert’s mayor says that could pave the way for free curbside recycling in St. Albert.

Extended producer responsibility (EPR) is a system where manufacturers are responsible for the end-of-life disposal of the products they make. Waste reduction advocates have called for it to be introduced to Alberta for many years, citing it as a way to relieve taxpayers of the rising costs of recycling.

“This approach will help transition Alberta to a more circular economy by ensuring materials such as plastics are reused recycled and remanufactured,” Nixon said, and help make the province a hub for plastics recycling in western North America.

A 2019 study commissioned by the Alberta Urban Municipalities Association (AUMA) projected that Alberta would gain some 220 jobs and $16 million a year if it introduced EPR, and would also reduce its annual greenhouse gas emissions by about 72,000 tonnes – equivalent to removing 16,000 cars from the road, the U.S. EPA reports.

Nixon said this consultation would involve an online survey, focus groups and a discussion paper. Consultations would wrap up April 30, with the EPR framework in place by this fall.

EPR would put the cost of recycling onto producers instead of taxpayers, and should ultimately eliminate the need for residents to pay for blue-bag recycling, said St. Albert Mayor Cathy Heron, who has advocated for EPR in Alberta for many years.

“Every municipality, every resident of Alberta should be excited about this,” Heron said.

Alberta is the only western Canadian province without EPR, the AUMA reports. B.C., Saskatchewan, Ontario and Quebec have had EPR systems for many years.

The province’s discussion paper proposed an EPR system similar to the one B.C. has had since 1994. Under it, producers would run and fund a system to keep the products they make out of the landfill. They would be required to meet recycling targets set by the province and to provide residents with, at minimum, the same type of recycling service they currently received. Supervising them would be an industry-funded third-party organization similar to the ones behind Alberta’s bottle, tire, and paint recycling programs.

Christina Seidel of the Recycling Council of Alberta said the province should set ambitious recycling targets under its EPR system and let industry find innovative ways to meet them.

“We want materials that are easier to recycle,” she said, and you only get those if you put manufacturers who can redesign products and influence markets in charge of recycling.

Seidel said those targets should apply to everyone to create a level playing field, although a small-business exemption could work. (The discussion paper proposed such an exemption.)

B.C. has found that EPR did not result in higher prices for paper and packaging, as the cost to recycle them was too small (less than a cent) to make a difference, Seidel said. Computers did go up in price, though, as they were tougher to recycle.

Heron said EPR could harmonize recycling rules across Alberta (as producers would apply the same rules everywhere) and make it easier to know what to put in your blue bag. It could also let us recycle more materials – you can only recycle what you can sell, and it is a lot easier to sell Styrofoam when you can offer all the Styrofoam in Alberta compared to just the stuff in St. Albert.

“We have a waste problem and not a product problem,” he said, and we can create economic opportunities by recycling those products.

But Heron and Seidel said this isn’t an either-or situation. While EPR helps keep some plastics out of the dump, it is irresponsible to make clearly unnecessary items such as single-use straws or stir-sticks.

“We will not recycle our way out of this problem,” Seidel said, and we should ban wasteful plastic products.

The EPR survey can be found at www.alberta.ca/circular-plastics-economy-engagement.aspx.

Landmark Rally hits all the highlights with the headlights on
Aug 1, 2021 2:00 PM