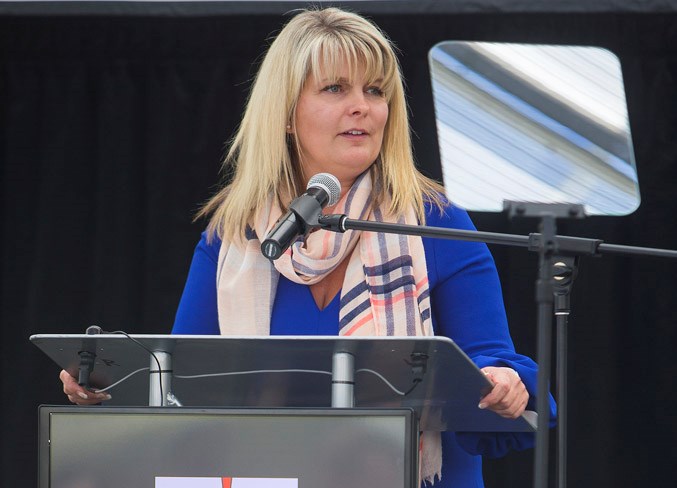 Just two days before legalization, the province announced $11.2 million over two years to municipalities as part of a municipal cannabis transition program grant. Municipalities that have encountered extra costs from legalization will have to apply for a portion of funding under that program.

Heron said the funding is just not enough for municipalities to cover all of the responsibilities they have when it comes to legalization.

“The province is downloading the costs of legalization onto local communities while they pocket the cash that was intended to offset the costs,” Heron said in an email.

“Municipalities are tasked with education and enforcement, including responding to complaints of consumption in prohibited areas. We need the resources to protect public safety, but the province refuses to do their part.”

The mayor added that St. Albertans will have to shoulder the burden of the cost of legalization while the provincial government pockets the funds.

“Currently, the province is predicting a deficit for the first two years, yet other provinces are predicting revenues in the range of $100 million. Why can’t Alberta make this profitable?”

Earlier this year Premier Rachel Notley said the government will keep a close eye on costs of legalization as it rolls out and they can go back to the table to strike a new deal once the province is turning a profit.

Despite her disappointment, Heron said the city will be applying for the grant funding and may be able to secure around $100,000, but the money will not be enough to cover the costs the city will likely incur.

“Unfortunately, this goes against the user-pay model. The city will be forced to cover the costs of the legalization of cannabis the only way we have, which is property taxes," she said.

"We didn’t ask for this, yet we will have to pay. Non-users will be subsidizing the users."

Provincial Finance Minister Joe Ceci said the funding will be available for communities of more than 5,000 people who pay for their own police forces. Some 60 per cent of the money will be available by the end of the fiscal year, while the remainder is earmarked for next year.

AUMA president Barry Morishita said he is "extremely disappointed" with the funding.

“Hundreds of Alberta communities are being forced to choose between hiking property taxes or putting public safety at risk and that is unacceptable. This ongoing lack of meaningful consultation from the provincial government has resulted in the province not fully comprehending the impact cannabis legalization will have across Alberta,” Morishita said in the statement.

The AUMA noted more than 215 urban municipalities will be covering the costs of cannabis alone, while only 52 towns, cities and urban areas will receive "minimal funding."

Late last year, the federal Liberal government struck a deal with provinces to give them 75 per cent of the tax collected on the drug, and capped the federal share at $100 million. The federal government will collect $1 dollar, or 10 per cent, per gram.

The province introduced a tax of their own in March when they announced they would be taxing licensed producers 10 per cent of the retail price of the drug.