Calls to set a global minimum corporate tax rate could hurt Alberta's advantage as the lowest tax jurisdiction
May 3, 2021 2:00 PM By: Jessica Nelson 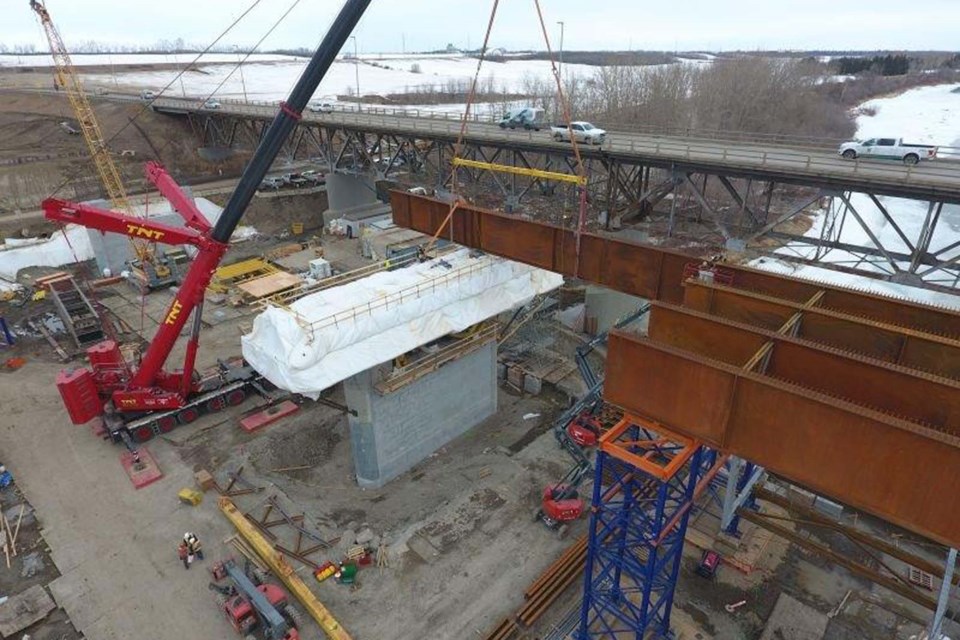 There’s been renewed interest and support for a global minimum corporate tax rate around the world, but some Alberta politicians and professors say a global tax rate would remove Alberta's competitive advantage.

“We have a Conservative government here provincially and their whole viewpoint is that we create a pro-business environment and then companies move here from other places, and that creates jobs and that creates wealth,” said Vishal Baloria, a professor with the Alberta School of Business at the University of Alberta. One of his roles is to teach students about corporate tax, which is a tax on profits of a corporation.

“You always have to think about these things in totality, right, as opposed to thinking about this in isolation."

The Organization for Economic Co-operation and Development (OECD) has been in discussions with countries for nearly a decade about setting a global minimum corporate tax rate. U.S. President Joe Biden is currently pursuing an infrastructure plan, and to pay for that plan, his administration is proposing a corporate tax increase from 21 per cent to 28 per cent. U.S. Treasury Secretary Janet Yellen called for a minimum corporate tax rate last month.

Over the last 20 years, Canada has steadily decreased its corporate tax rate to where it sits today at 15 per cent. The U.S., under the Donald Trump administration, also decreased its rate to be more competitive.

“If the U.S. administration goes ahead with what it's planning, Alberta would become the lowest corporate tax jurisdiction, which is great for Alberta because I think it will attract investment,” Baloria said.

However, should countries sign on to establishing a minimum rate, Alberta could be forced to raise its own. Part of the reason the U.S. is supportive of a global minimum is because domestically, their tax environment will become less favourable in comparison to Canada and other countries, he said.

“It's almost as if they're trying to bring other countries along for the ride with them,” said Baloria. “We can all sort of agree to do the same thing, like the global minimum corporate tax rate, or we could decide to compete. And so, historically, we've competed on corporate tax rates."

Baloria said most G20 countries are agreeing to co-operate. Overall, he thinks the move would be great for the United States, and Canada tends to do better when the U.S is doing better, particularly the manufacturing base in central Canada.

“But essentially what that's going to lead to is the G20 countries like Canada and the United States will be better off, and countries that are traditionally tax havens, like the Cayman Islands, Ireland, Singapore, they will be worse off.”

Baloria said there’s a lot of political will for this to happen right now and it may be related to the pandemic.

“I think it's palatable because governments will be spending money around the world on infrastructure and implementing something like global corporate minimum tax rate helps them raise some financing to pay for all of that infrastructure,” he explained.

He said he believes there will be some form of global minimum corporate tax rate by the end of this year.

“I think a lot of the debate is not whether it's going to happen but it's more around what (rate) will ultimately be right, will it be closer to 12 per cent or 21 per cent?” said Baloria.

Race to the bottom?

He said Alberta has the Alberta Petrochemical Incentive program, but places like Texas and Louisiana – which are also competing for petrochemical dollars – have programs that offer corporations no taxes for 20 years and programs that pay 10 to 20 per cent in capital spending.

“Our low corporate tax rate is essentially one of the green factors that we have to attract this kind of investment. And if we're signing under treaties that are forcing Alberta and Canada to raise corporate taxes while the United States continues to subsidize petrochemical investment, then we're really going to hurt our industry,” explained Lloyd.

Lloyd said he is supportive of eliminating aggressive offshoring to avoid taxes, but he is skeptical that a global minimum would be the solution

“We need to ensure that Canada is not aggressively trying to undercut other countries but at the same time, we're making economic choices and we’ve chosen as a country to have low corporate taxes, and we shouldn't be punished for those economic decisions,” he said.

St. Albert-Edmonton MP Michael Cooper thinks the current push from Yellen is an implicit acknowledgement that their corporate tax hikes are going to undermine U.S. competitiveness.

Cooper doesn’t accept the argument of the race to the bottom. In Canada, he said corporate tax rates have fallen by half, and yet we have not seen a decrease in corporate tax revenues.

“Quite frankly, if the Biden administration wants to characterize this as a race to the bottom in terms of competition among developed countries to establish tax codes that attract investment and capital, frankly, why wouldn't we want to continue to take the lead – or maintain our lead,” he said.

Cooper said the proposal is receiving a warmer reception than it has in the past, but he doesn’t think it will pass.

“I think the proposal will fail, ultimately. I just don't see it being in the interest in of a number of countries, including Canada, to embrace it,” said Cooper.